The Mustang nobody wants to talk about.

The Ford Mustang became bigger and heavier every model year from 1964 through 1973, as Ford shifted its image from sensible-yet-somewhat-sporty commuter car to midlife-crisis statusmobile during that period. When the fallout from the Yom Kippur War resulted in the 1973 Oil Crisis (not to mention the weakening of the United States economy as the Nixon Administration attempted to pay for the Vietnam War on credit), selling a Mustang that pinched pennies turned out to be a good bet, and Ford was ready with the Pinto-based Mustang II for the 1974 model year. Here's an example of the Mustang II that I spotted in a Denver self-service wrecking yard. 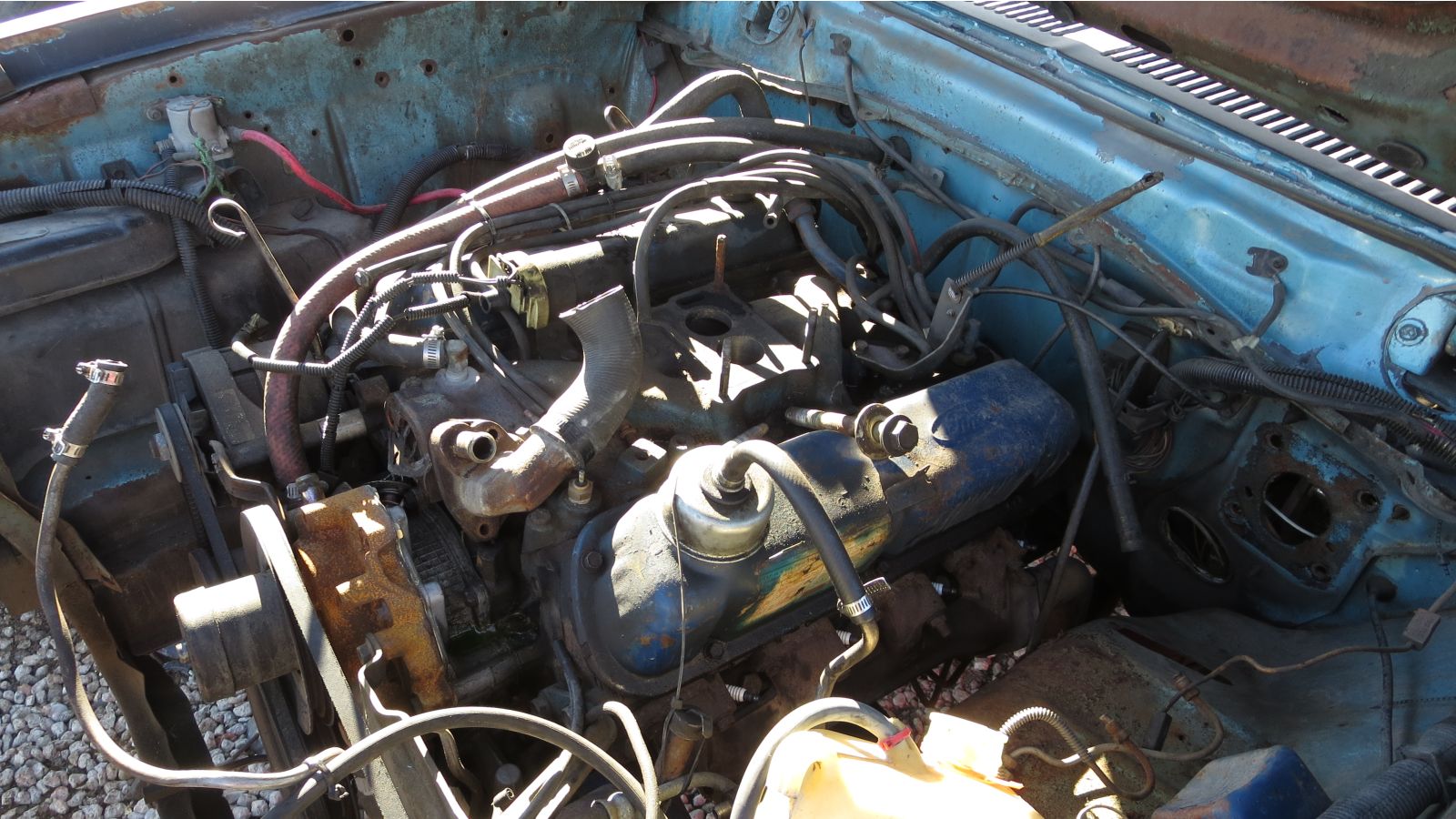 Several options were available in the Mustang II during its 1974-1978 production run: the "Pinto 2300" four-cylinder that went in most examples, the 2.8-liter Cologne V6 of Ford Capri fame, and the good old 302-cubic-inch V8 that was built from the late 1960s into the current century. This car has the latter engine, which was a rare option for the penny-pinching Mustang II. 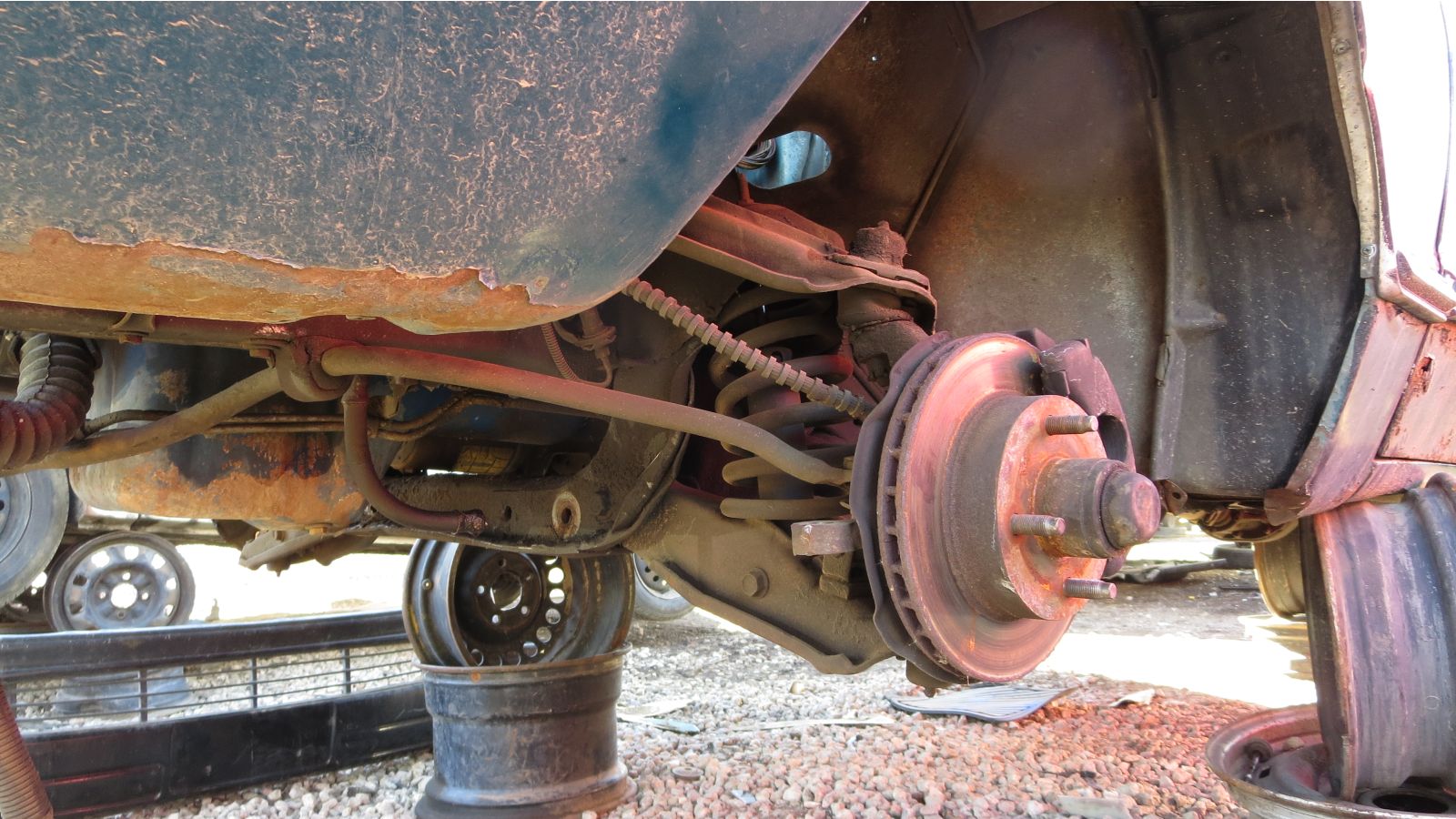 It's extremely uncommon to find a junkyard Mustang II with factory V8 that still has its front suspension intact, because this is the most popular suspension to put under an ancient Detroit car. Perhaps the availability of aftermarket "Mustang II" suspension parts has made the real thing less valuable. 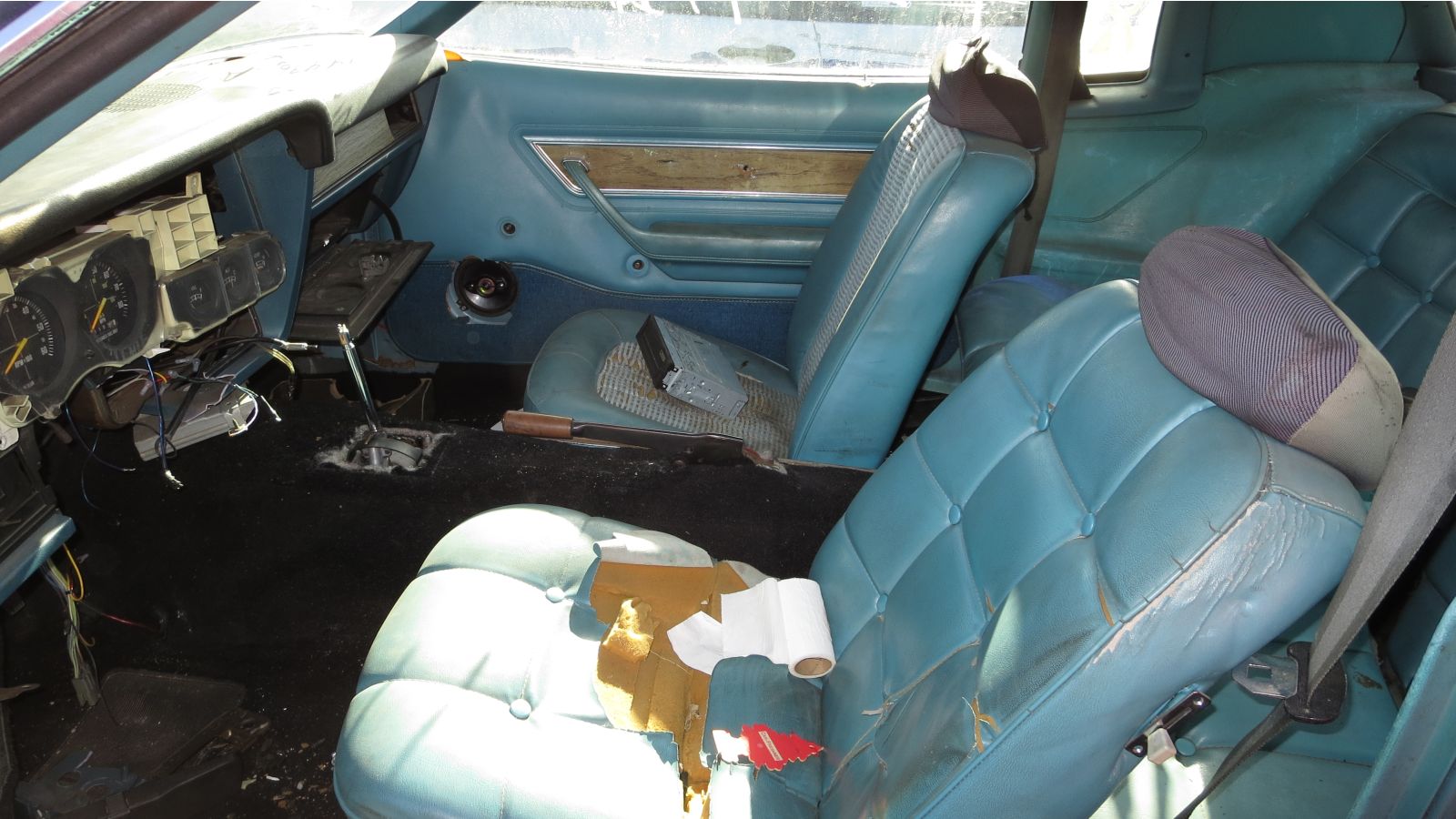 The interior in this one is torn up, but you can still see the slippery blue vinyl that was characteristic of Detroit cars of the era.

"Put one between the road and you."