Finally. Finally. After much teasing, taunting, and auto show concepting, Kia is making its funktastic hatchbox, the Soul, with a turbocharged engine. The new, 2017 Soul Turbo takes all the good things about the standard car – the space, style, comfort, and long list of standard and optional equipment – and adds a dose of performance, courtesy of the 1.6-liter turbo four-cylinder also used in the Forte5 SX and Forte Koup, as well as Hyundai's Elantra Sport and Veloster Turbo. It was a long time coming.

According to Kia, consumers like the Soul – to the tune of almost 150,000 units last year – but aren't as fond of its previous two-engine lineup, which previously topped out at a 161-horsepower, 150-pound-foot naturally aspirated four-cylinder. Alongside all-wheel drive, more power was at the top of the customer wish list. While all-wheel drive is absent here – the packaging is too tricky and the cost too high, Kia tells us – the Soul Turbo hits a market white space, offering small CUV utility with entertaining but not overwhelming straight-line performance.

This is, in the end, a higher-power version and not a full-on performance model, and the changes were made without compromising the friendly look and comfort we like. Yes, the Turbo-specific 18-inch wheels look lovely, but they're shod in the same 45-series all-season rubber as the 18s available on other Souls. And while the handsome leather-wrapped, flat-bottom steering wheel is sporty, the supportive-but-not-claustrophobic seats are a reminder that this is an everyday vehicle. Even the exterior accents – new front and rear fascias, side sills, red exterior badges and accents, and a dual-tip exhaust – aren't enough to overshadow the Soul's funky, friendly, and cute look. Even the oily bits aren't free of Kia's balanced approach. 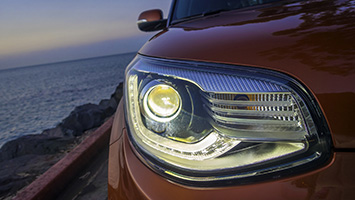 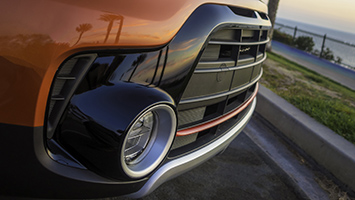 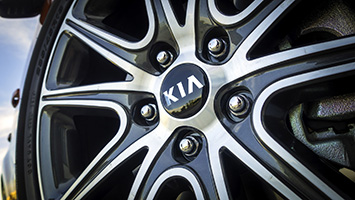 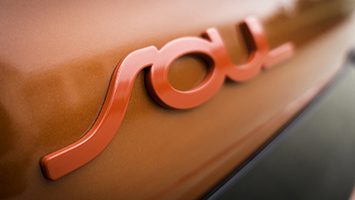 Admittedly, that's not entirely evident after looking at the powertrain details. The turbo 1.6-liter produces 201 hp and 195 lb-ft of torque, which isn't a lot for cars like the Veloster Turbo or Forte5 SX, but compared to other small CUVs and the Soul's 130-hp non-turbo 1.6-liter and 161-hp 2.0-liter, it's a big improvement.

That 2.0-liter engine is likable, with enough low and mid-range torque that we can't complain about the 4,700-rpm peak, but the total figures are so low and the Soul's 3,163-pound curb weight so high, getting anywhere briskly means wringing everything out of it. The Soul Turbo does not have this problem. It will chirp its tires off the line with a hint of torque steer, deploying all 195 lb-ft of torque between 1,500 and 4,500 rpm. And unlike the 2.0-liter, which runs out of steam north of 5,000 rpm, the Turbo continues charging forward past that speed.

The Turbo remains relaxed in everyday driving. The engine revs quickly, sure, but the throttle is progressive and easy to manipulate in Normal mode. Sport, as expected, sharpens the throttle – it was our go-to on northern California's coastal twisties – but Kia's engineers could have gotten a little more aggressive. 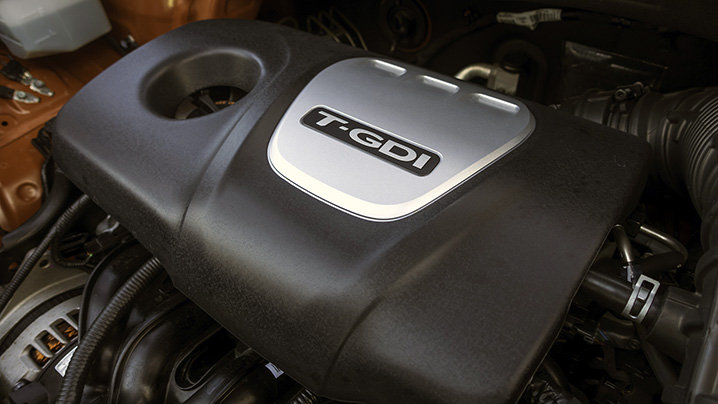 The force-induced engine sounds nicer than the 2.0-liter four-cylinder, too. From the start, the standard Soul sounds like an economy car – even though it cruises quietly, the engine is buzzy and noisy, particularly at mid to high revs. While the 1.6-liter is just as quiet at freeway speeds, it sounds immeasurably better when pushed. The engine backs up whooshy turbo noises with a smooth, enjoyable exhaust note. It's no Fiat 500 Abarth, but Kia nailed the mix between sporty and refined.

It's okay that a normal Soul, with its low-power engine and regular automatic, doesn't get paddles, but with a revvy turbocharged engine and a sharp transmission (plus that flat-bottom steering wheel!), the Turbo model deserves them. Adding paddles would up the fun factor significantly and provide a welcome alternative to the shifter's backwards manual mode gate – push for upshifts, pull for downshifts. Perhaps our repeated comments on the subject to Kia personnel will be considered and paddles will show up in the future. 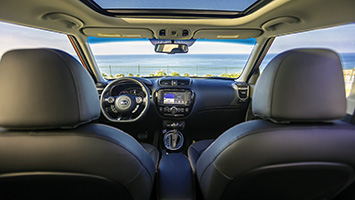 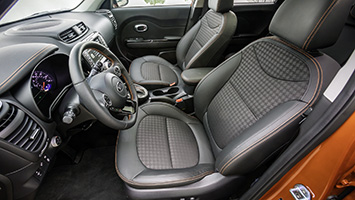 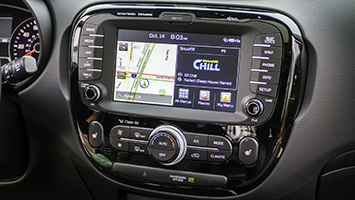 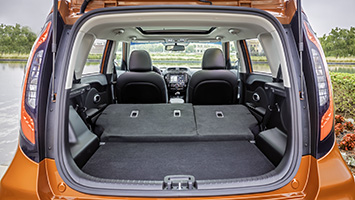 Pairing the turbo with the DCT results in not only the most powerful Soul you can get, but the most efficient (ignoring the Soul EV, of course). The 1.6-liter manages 26 miles per gallon in the EPA's city test and 31 mpg on the highway. Both numbers are one better than those for Kia's naturally aspirated alternatives. So when your cost-conscious significant other asks why you need the turbocharged model, there's your answer.

While Kia replaced the standard Soul's powertrain, it wasn't as aggressive with the suspension. There are struts up front and a torsion beam in back, just like on every other Soul. The main differences are slightly stiffer springs and dampers. You won't notice these differences, although it doesn't matter all that much – the car is still a hoot to toss around, in that entertaining way that a lot of slow, budget-friendly cars are. There's not a lot of body roll, despite the high center of gravity, while the dampers are a microcosm of the vehicle they're attached to. The balance between comfort and outright handling ability is just right, so you can zip along a pockmarked urban street without breaking your back, but also throw the car into a bend at speed without worry. 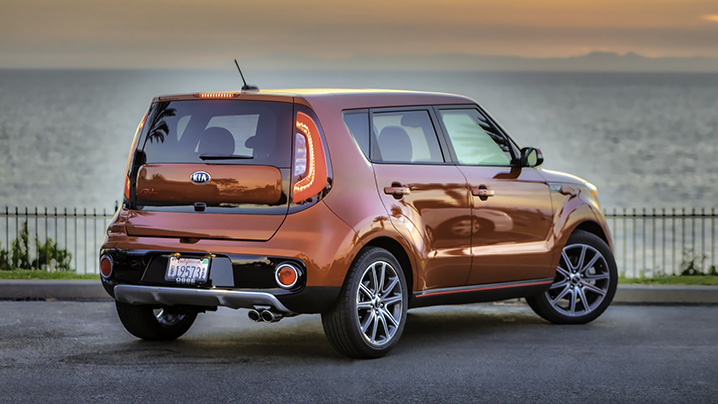 Kia's reshuffling of the Soul's powertrain accompanied a rethink of the trim levels. There are still three trims – base, + (called Plus), and ! (Exclaim) – but where the 2016 car relied on the volume 2.0-liter for its top two trims, the range-topping ! is now only available with the turbocharged engine and seven-speed DCT. The price for that model increases from $21,300 to $22,650, which is a very easy pill to swallow considering the improved performance, refinement, efficiency, and looks.

Opting for the Soul ! is also a smart choice if you're cross-shopping Kia's box with its litany of competitors – the company considers everything from conventional compact crossovers, like the Nissan Juke, Mazda CX-3, Fiat 500X, and Honda HR-V, to the five-door Ford Focus and Chevrolet Cruze as potential cross shops. The Turbo's engine outpaces everything we just listed (except the high-end Juke Nismo RS), and unless you opt for the $4,000 in option packages, the Soul does it for less money, too. The CX-3 GT starts at $24,990, the Focus Titanium is $24,075, and the Renegade Limited is $25,195, to name a few.

The Soul Turbo is a car we've waited a long time for. It adds so much to the model's overall package without subtracting any of the things we like, and it does it for an extremely reasonable premium. Our complaints are few – paddle shifters would be nice, and it'd be cool to see the 1.6-liter turbo outside the range-topping trim – and are small enough to overlook. If you're in the market for a small, commuter-friendly crossover with some fire in its belly, Kia is finally selling the package you've been waiting for.