The Evora 400 does everything that makes Lotus great, while losing the things that don't.

Michael Austin
Lotus is back, both literally and figuratively. After the British brand's two-year absence, the Evora 400 marks its return to the American market. It also shows what's in store as Lotus moves forward after a rough few years. We'll cut straight to the point: The Evora 400 is the best car Lotus has ever made.

The heritage of the brand founded by Colin Chapman is centered around the holistic benefits of light weight and simplicity. But historically, light was a synonym for fragile. Heap on the old British build-quality stereotypes like leaking windows and intermittent electrics, and you have the Lotus reputation for brilliant but fickle cars.

Owning a Lotus is a badge of honor, the car-culture equivalent of riding a fixed-gear bicycle. And while quality has improved, even modern Lotus models like the Elise, Exige, and previous Evora have a decidedly minimalist approach to comfort. That lack of modern amenities kept sales to a minimum before crash-test standards forced Lotus's hiatus from our shores. And by modern amenities we mean basics like functional air conditioning, a cabin you can climb into without pulling a muscle, and trim pieces that don't fall off from normal use.

So when we say the Evora 400 is the best Lotus ever, we mean that in more than one way. It's of a material and build quality befitting the $93,785 starting price, and it retains the almost telepathic connection to the driver while increasing performance on all fronts. 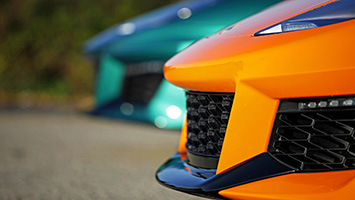 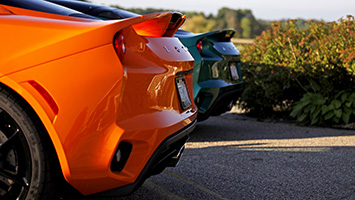 The 400 in the name stands for 400 horsepower. Power still comes from a Toyota-sourced 3.5-liter V6, but a new supercharger is now intercooled and delivers about 9 pounds per square inch of boost, up from 5.5 psi. It's a 55-hp jump, with a modest torque increase of 7 pound-feet, to 302.

The numerical suffix, though, might suggest this is just a variant, like the Evora S was to the original Evora. Not so. Lotus says over two thirds of the parts are new, including front and rear body panels. The new Evora has a cleaner look, less like an inflated Elise and more like the mid-engine exotic that it is. 
But the biggest change to the Evora is the interior. The door sill, perhaps the biggest hindrance to practicality, is now 2.2 inches lower and 1.7 inches narrower. The footwell is also 3.3 inches wider. Getting in and sitting now just feels like it does in most other cars, which, for Lotus, is a revelation. Hey, there's room for a dead pedal to the left of the clutch! The good vibes carry on with the rest of the cabin, trimmed in leather or optional Alcantara. The primary switches are lined up on top of the infotainment system instead of hidden behind the steering wheel. HVAC controls are a handsome three-dial arrangement in front of the shift lever - or the cluster of buttons for the optional automatic transmission. The standard air conditioning is now revised and, to quote a British Lotus representative, "works like an aircon should." Like we said, normal for most cars is a leap forward for Lotus. The front seat also moves back 1.2 inches further. The rear seats are still mostly for settling bets - yes an adult can fit back there - but less punishing now that you can tuck your feet under the front seats.

Two WTF elements remain in the Evora 400, possibly to remind us that it's still a Lotus. The driver's side mirror is so close to the A-pillar that part of it is obscured from view. And the LCD screens that flank the instrument cluster, including the fuel gauge, turn invisible through polarized sunglasses. 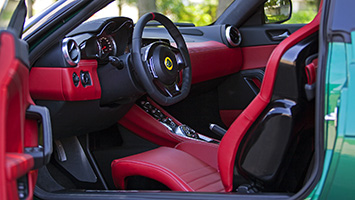 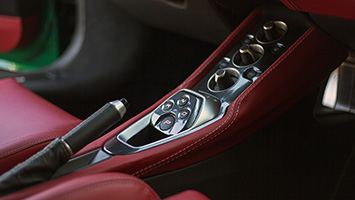 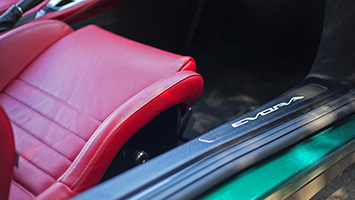 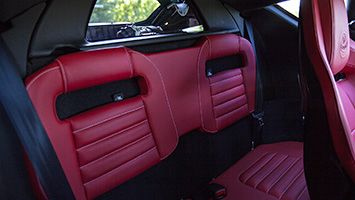 There's a list of mechanical upgrades to go with the improved engine, plus new Bosch-supplied stability control with four modes (if you include "off" as a mode). Among the changes are new engine mounts, stiffer springs, and revised dampers (stiffer at low speeds, softer at high speeds). The manual transmission has a new clutch and low-inertia flywheel. More important is a new shift mechanism, now made of cast aluminum and with shorter linkages. Unlike the one in the old Evora, this one doesn't feel like it's going to break off in your hand - another one of those modern amenities we talked about.

The Evora 400 also comes with a limited-slip differential, a component Lotus previously shunned in most applications because it can disrupt handling over rough surfaces. It's here because the extra power creates the need, according to the company line. It's the same reason the car has 20-millimeter-bigger brake calipers and fat Michelin Pilot Super Sport tires - 235 section width in front, 285 in the rear.

And to a point, the Evora violates some of the virtuous spiral of Lotus lightness. More power often comes with more weight, which requires larger, heavier brakes and bigger tires, and so on. At a claimed 3,153 pounds, the Evora is 150 pounds lighter than a Corvette Stingray but on par with a Porsche 911 Carrera S. You can buy some of those pounds off the Lotus starting with the $10,000 Carbon Pack, which includes a carbon-fiber roof. For $8,000 you get a titanium exhaust, and $1,690 swaps in a lightweight lithium-ion battery. You can also get rid of the rear seats and air conditioning for free. 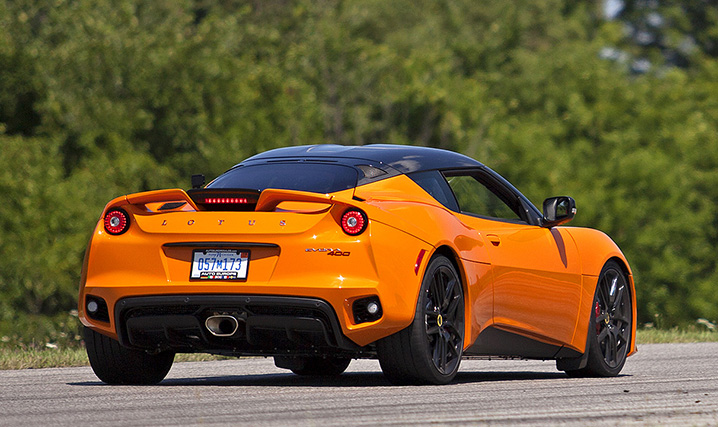 Going back to the Carrera, the Evora lines up pretty close on paper, but by most objective and many subjective measures the Porsche crushes the Lotus. Which is fine, as this is not a car aimed at conquesting the legion of Porschephiles. The Evora 400 is not a car for bench racers, it's a car for people who love to drive. It's the secret menu item at heel-and-toe cafe. And that, despite the Evora's creeping waistline, is why it's special. The Lotus part hasn't changed, and everything else in the Evora 400 is now better.

Like we said, the Evora is positively telepathic in its responses. Most of the time the car is just planted to the track. Push the envelope, and subtle changes in yaw - the precipice of understeer or oversteer - happen so smoothly it's as if you're living in slow motion. The brakes are as good as those on any supercar we've ever driven, with a pedal solid enough for a good stomping yet so precise you can adjust the pressure with a flex of the toes. Race mode, the loosest of the electronic safety nets, is noticeable only with a heavy foot before corner exit. After a day lapping GingerMan Raceway in South Haven, Michigan, the Evora makes other sports cars feel like trucks.

The same was true of the old Evora, but that car's appeal was offset by so much baggage. Metaphorical baggage, of course – then as now there's a modest 6.0-cubic-foot trunk behind the engine. The Evora 400 fixes the fundamental flaws that were once intertwined with driving a Lotus. It's weird to say we love a car because it has the basic functions we expect in, well, almost every car. Just drive one, and you'll understand.