The LC lends itself well to Super GT racing.

Japan's Super GT series remains a favorite at the Autoblog office, because like British Touring Cars and Germany's DTM, the cars look vaguely like the ones you can actually buy, and the racing is close and intense. And next year, Japan's wildest racing will include the Lexus LC 500.

Toyota and Gazoo Racing are phasing out the old RC F – which will continue racing here in the US GT3 ranks since it's barely a year old – in favor of Lexus' bigger, cushier two-door coupe. The racer depends on a 2.0-liter, turbocharged four-cylinder – just like every other car in the GT500 ranks – but unlike the 5.0-liter V8 or a 3.5-liter hybrid V6 in the LC 500s folks could actually buy.

But let's ignore the mechanicals, because look at this monstrous racer. The LC is already the best looking car to wear Lexus' polarizing design language, but the aggressive cuts, angles, and oddly shaped headlights look great when paired with a Super GT car's aerodynamic appendages. Monstrous, flared wheel arches, a mammoth rear wing, and side skirts big enough to serve drinks on are just a few of the aero improvements for the LC 500 racer. Then, there's the really cool stuff, like the exhaust exit in the passenger side door. All cars should have side-exit exhausts in the door.

According to Toyota and Gazoo's Google Translated website, the new LC 500 Super GT500 will campaign in the 2017 season. We can't wait to see it hit the track. 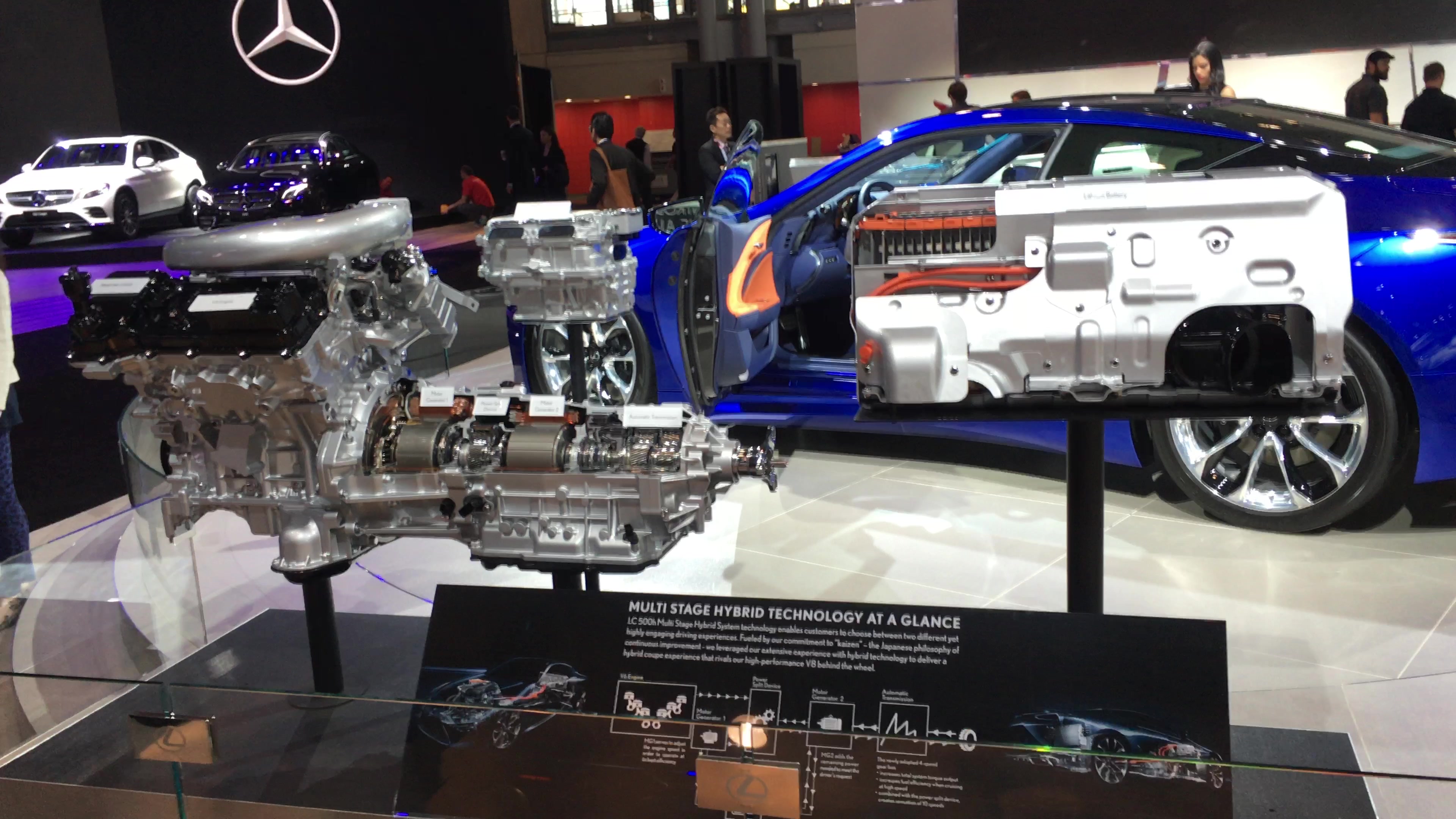