David Gluckman
Viper collectors don't mess around. After Dodge opened ordering for its 25th anniversary 2017 Viper models – some of the last ones that will be built – all of the cars were spoken for in just five days. The company managed to sell 206 cars, an average of about 41 per day. Compare that to the 241 Vipers sold through May of this year and you can see why special editions make good business sense. Demand was so strong that Dodge will add a sixth special-edition for the Viper's last year of production.

Within the group of five initial special packages, the winner was the 1:28 Edition ACR; all 28 went in 40 minutes. Dodge sold the 31 VooDoo II Edition ACRs in two hours, while 25 Snakeskin Edition GTCs and 100 GTS-R Commemorative Edition ACRs took two days to sell out. The 22 Dodge Dealer Edition ACRs took five days – apparently the dealers were too busy taking orders for the other 184 cars they didn't have time to order their own.

The additional anniversary car is called the Snakeskin ACR. Dodge will build "up to" 31 of them, which we're pretty sure means exactly 31 if the previous demand is any indicator. The count matches the 2010 run of Snakeskin ACRs and will take the final-edition total to 237. We don't have any photos of that one yet, but you can get a good idea of what it will look like from the Snakeskin GTC. This one features Snakeskin Green paint, obviously, with a custom snakeskin-patterned SRT stripe, the ACR Package, the Extreme Aero Package, carbon-ceramic brakes, the ACR interior, a serialized Snakeskin badge on the instrument panel, and a custom car cover with the owner's name by the door. It will be available to order in the middle of this month, which means it will be sold out well by the end of the month.

Chances are these and many of the others will go to mega-collectors like Wayne and D'Ann Rauh of Texas, who, at last count, owned 79 Vipers. Seventy-nine. Like we said, Viper collectors don't mess around. 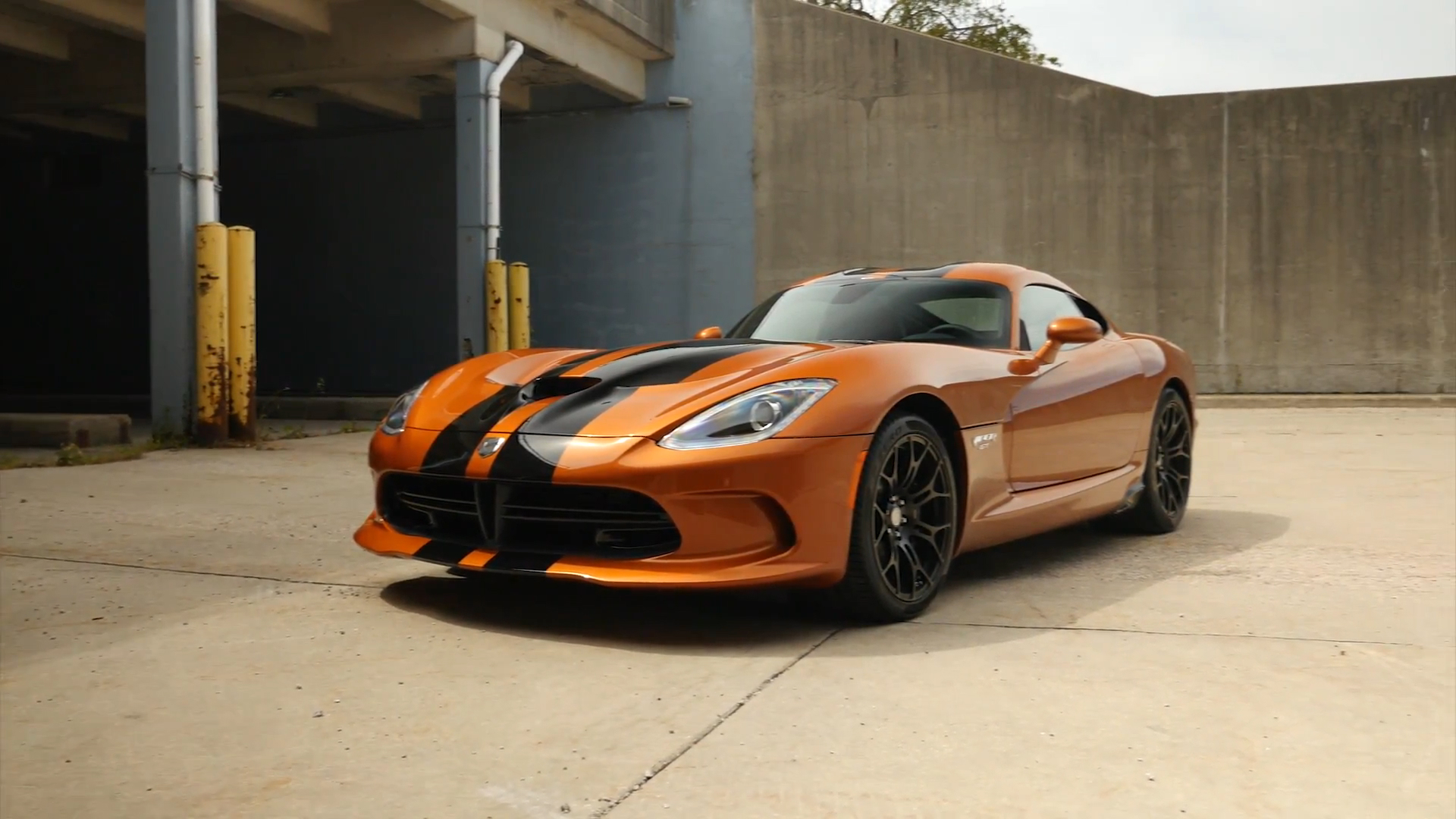