Ben Hsu
Mazda has just spent eight years developing a new technology that will make its new cars a lot more fun to drive, even if you have absolutely no idea that it's working. And subtlety's the point, Mazda engineers told us at a press event at Mazda Raceway Laguna Seca. In fact, the effects of what they've dubbed G-Vectoring Control are so fine that the marketing and PR teams are at a loss for how to do their jobs with it. "The engineers have done their work," said Mazda Director of Communications Jeremy Barnes, "But how do we get the message across?"

The basic premise is this: G-Vectoring activates only when the car's on-board computer reads simultaneous steering and throttle input. The data — including throttle position, steering angle, and, crucially, how quickly you're adjusting the steering angle — are then funneled through an algorithm to reduce engine torque, which transfers vehicle weight, adding more grip to the wheels that need it. The system will appear first on 2017 Mazda6 sedans arriving in showrooms later this year, followed by the 2017 Mazda3.

Actually, "subtle" does not even begin to describe the effect. G-Vectoring Control can detect as much as one tenth of one degree of steering angle, and changes the cornering forces only 0.1 to 0.5 g as a result. "That's less than the human body can feel," explained Vehicle Development Engineer Dave Coleman. 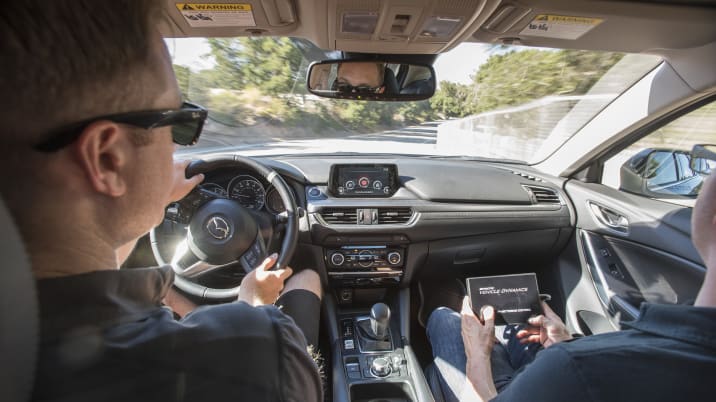 In practice, G-Vectoring reduces the steering angle at turn-in, as well as the rate at which one turns the wheel. To demonstrate, Director of R&D Kelvin Hiraishi rode shotgun with us in a specially equipped Mazda6 that allowed him to turn G-Vectoring on or off at the push of a button (production cars will always have it on).

Hiraishi had us drive a number of courses, including Mazda Raceway Laguna Seca itself, while an engineer measured our steering inputs with a laptop Matrix'd into the car's electronic brain. I drove the same course several times with the same car in the same conditions, with cruise control locked and the system turned on or off. Lo and behold, with G-Vectoring activated, the engineer's output graph showed that my steering inputs were indeed reduced ever so slightly.

There were two times that G-Vectoring was markedly noticeable. The first on a turn with a minor banking toward the outside, and the second was during cornering over an artificially wet section of the course — in other words, when the car was at the limits of adhesion. We suspect most drivers will notice the latter most starkly. The wet stretch was designed so that the tires were just on the brink of losing traction with G-Vectoring off. At the same speed when switched on, the extra grip kept the car planted through that section. 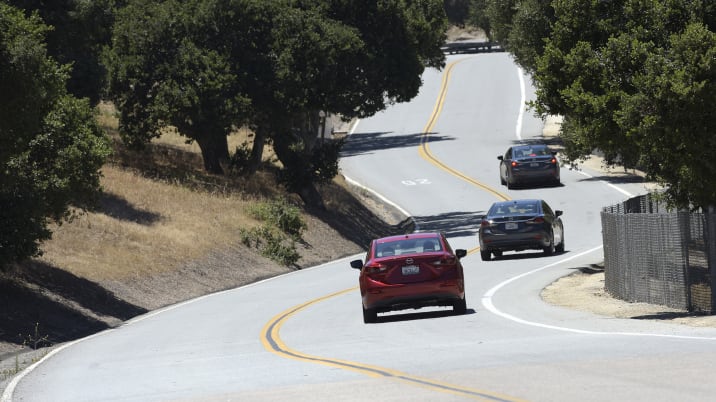 Engineers said that G-Vectoring's effects are even more pronounced in snow. We obviously didn't get a chance to try that in California in June, but in videos taken at Mazda's proving grounds in Japan, a driver in snowy climes had to saw less at the wheel with G-Vectoring than without. The system had drastically reduced the thousands of tiny inputs typically required just to keep a car in a straight line on bumpy, snowy surfaces.

Another video demonstrated G-Vectoring's effects on a passenger. Sitting in a sexy Atenza wagon (a long-roof version of the Mazda6 not available in the US), passengers were pushed further laterally by g-forces without the system.


All in all, it's an extremely subtle technology that most drivers will never notice. It was difficult to detect even in the rigged 6 where engineers could switch G-Vectoring off with the push of a button, so only the most sensitive of customers will be able to detect its presence unless they drive a G-Vectoring equipped car back-to-back with an identical car without it.

So why on earth would Mazda spend almost a decade developing a system that the vast majority of buyers won't even believe exists? It goes back to the company's governing philosophy, something called Hashiru Yorokobi, or joy from driving.

"It's not joy of driving," Hiraishi emphasized, "It's joy from driving. It's what dictates everything we do. At most companies, the finance guys would say 'No way you're spending the resources on something customers won't even notice,' but for us, it's part of a top-to-bottom ideology to make driving as enjoyable and intuitive as possible." 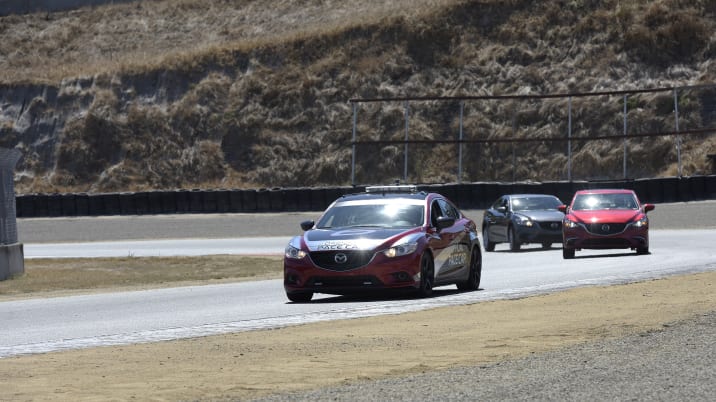 "This is not torque vectoring," Coleman clarified. "This doesn't rotate the car... Only a small percentage of customers know how to take full advantage of that. There are no unnatural forces here... [G-Vectoring] operates in three dimensions rather than two, and is effective in a wider range of situations." In brief, you might not know consciously why G-Vectoring will make driving more pleasurable, but you'll feel it.

G-Vectoring's just the beginning, too, the first in a suite of technologies that Mazda will call SkyActiv Vehicle Dynamics. Hiraishi hinted that all of them would be, like G-Vectoring, intuitive — and thus subtle — by design.

It's the culmination of years of "human-centric" research, studies that looked at how to replicate vehicular motion in a way that is most natural to the human body. "The seat of pants is actually in your neck," Coleman explained, and keeping your head upright is the result of thousands of subconscious calculations the mind makes every second. Mazda hopes driving will feel just as natural. 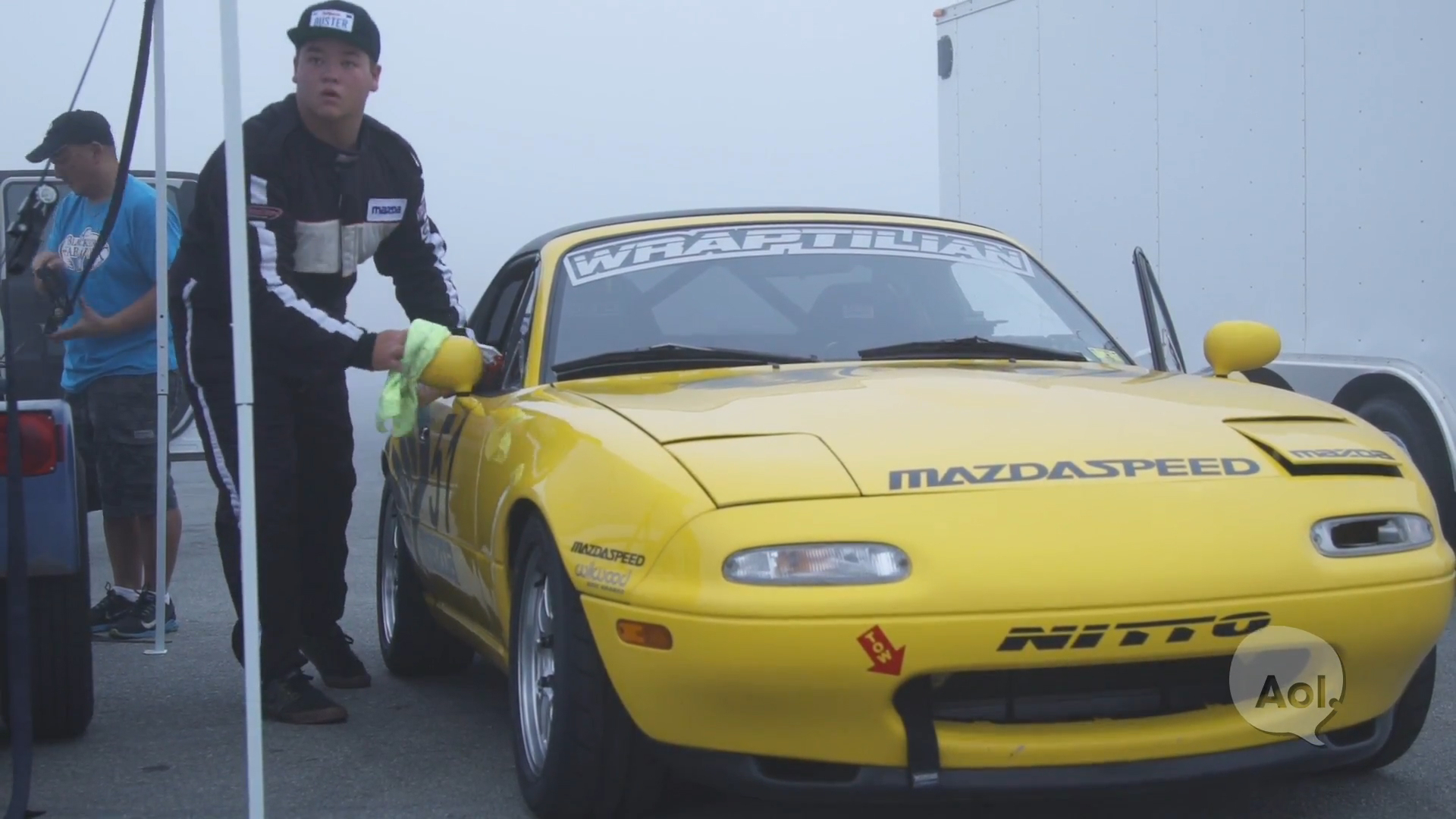