The saying goes, "Records are meant to be broken." While that may be true for many of the records at the Pikes Peak Hill Climb, there will always be a divide between the races that were on dirt and the races that were on pavement. After the Pikes Peak course was fully paved over in 2012 the records began to fall quickly, both overall and for each class. So while Sebastien Loeb's current overall record for the hill climb might someday be broken, the record for the fastest time fully on dirt will never be topped.

The driver and car with that distinction? Rod Millen and his 1994 Toyota Celica (or at least a tube chassis with a carbon fiber body resembling a Toyota Celica). More than thirty years ago Rod claimed the crown of King of the Mountain driving this car, completing the 12.42 mile race in an astounding 10:04.06. That record stood for thirteen years before Nobuhiro "Monster" Tajima finally bested the time on a partially paved course.

While Millen hasn't competed at Pikes Peak for a couple years, he decided to make a return to the mountain for the 100th anniversary of the event and bring the record-breaking Celica with him. Millen ran the car during Tuesday's practice session, but unfortunately en engine failure on the second run gave us only one look at the car in its natural habitat. Even so, we managed to get a few photos of the legendary Celica on course with Millen at the wheel as well as a few detail shots after it limped to the side of the road. You can check them out in the gallery above. 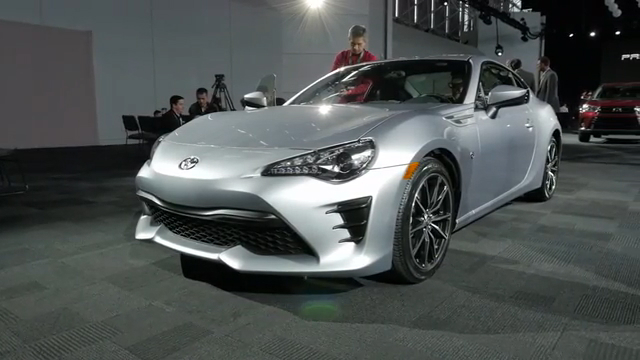