Sweden wants to have a fossil-fuel-free truck fleet by 2030.

Danny King
The Swedish Transport Administration is working on two test projects involving heavy-duty trucks that receive electricity from the road. Well, not something built into the asphalt, but something up above. On a stretch of highway E16 in Sandviken, there's a test project that involves an energy-collecting device on the roof of a truck that connects to an apparatus that's about 18 feet off the ground. Think of electric light rail cables. The test project runs for about a mile and a half, says Green Car Congress. The system feeds 750 volts DC into the truck's hybrid system, while the stretch of road includes posts that are about 200 feet apart. The special trucks can connect at speeds as fast as 56 miles per hour. The testing system was slated to go online on Wednesday and is operated by a partnership between Scania and Region Gävleborg. Take a look at the press release below.

Another program is located near Arlanda, about 35 miles north of Stockholm, according Trafikverket, the Swedish Transport Administration. That project involves an electric rail inside the roadway. The program currently has its own dedicated lane, but will be in traffic next year and will be tested through 2018.

While these programs are merely for testing purposes, they're part of a broader effort to have Sweden's heavy-duty truck fleet free of fossil fuels by 2030.

Electric-road testing is nothing new in Sweden, of course. Volvo has been working on an electric-road system since last year in the form of a bus line given the oh-so-clever name of ElectriCity. 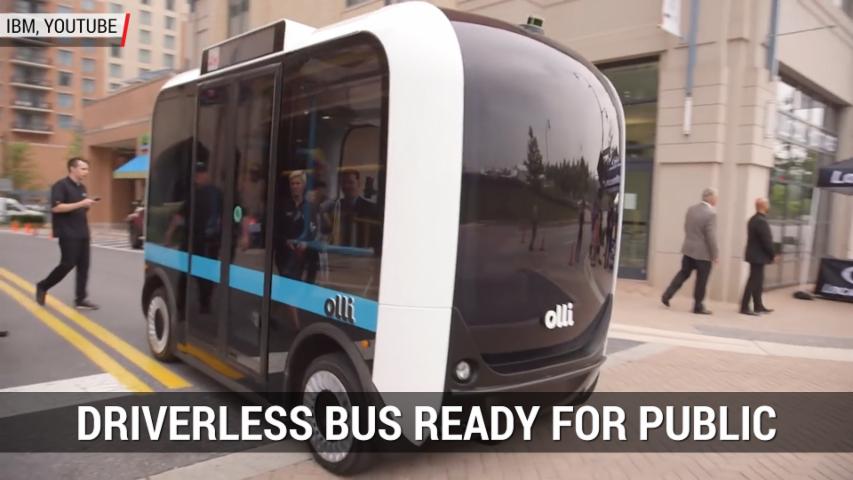 SÖDERTÄLJE, Sweden--(BUSINESS WIRE)--The world´s first electric road is being inaugurated near the city of Gävle in central Sweden, the result of a unique partnership demonstrating the path towards fossil-free transportation. Scania is supplying with the electrically-powered trucks, which will operate under real traffic conditions.

"The potential fuel savings through electrification are considerable and the technology can become a cornerstone for fossil-free road transport services."

The beauty of the new technology, which is the result of several years of cooperation between the Swedish Government and the private sector, is that it permits the trucks to operate as electric vehicles when on the electrified road and as regular hybrid vehicles at other times. All the Scania trucks on the road are hybrid and Euro 6-certified, running on biofuel.

Scania's head of Research and Development Claes Erixon, says, "The electric road is one important milestone on the journey towards fossil-free transport. Scania is committed to the success of this project and is committed to sustainable transport solutions."

The truck receives electrical power from a pantograph power collector that is mounted on the frame behind its cab. The pantographs are in turn connected to overhead power lines that are above the right-hand lane of the road, and the trucks can freely connect to and disconnect from the overhead wires while in motion.

When the truck goes outside the electrically-powered lane, the pantograph is disconnected and the truck is then powered by the combustion engine or the battery- operated electric motor. The same principle applies when the driver wants to overtake another vehicle while on the electrified strip of the road.

Scania´s sees the electric road as being a key component in achieving Sweden's ambition of an energy-efficient and fossil-free vehicle fleet by 2030. It can also help to strengthen Sweden's competitiveness in the rapidly-developing area of sustainable transport.

Nils-Gunnar Vågstedt, who is responsible for Scania's research into electrification, adds, "The potential fuel savings through electrification are considerable and the technology can become a cornerstone for fossil-free road transport services."

The investment in the Electric Road E16 programme in Gävle is a result of a programme for the public procurement of innovative solutions that was launched by Swedish authorities. The programme consists of about SEK 77 million in public money, with about SEK 48 million in co-financing from the business community and the Gävleborg regional authority, which administers the area of Sweden where the electric road is situated.

The Swedish transport authority Trafikverket, the Swedish Energy Agency Energimyndigheten, innovation agency Vinnova, Scania and Siemens are the main funders of the technology, while Region Gävleborg is the project coordinator.

The electric road is only one of several pioneering technologies that Scania is working on to help the spread of sustainable solutions within both urban and long-haul transport. The company is also developing technologies for alternative fuels, hybridised and fully-electric vehicles, and autonomously and wirelessly-connected transport in parallel with its work to further enhance and refine the products of the future.

Technical parameters of the Scania vehicle:

Truck model: Scania G 360 4x2, weight 9.0 ton
Powertrain: Parallell hybrid, integrated in the gearbox (GRS895)
Engine: 13-litre, 360 hp (runs on biofuel)
Electric motor: 130kW, 1050Nm
Battery: Li-Ion 5 kWh (gives a driving range up to 3 km when not running on the e -way)
System voltage: 700V
Scania is a part of Volkswagen Truck & Bus GmbH and one of the world's leading manufacturers of trucks and buses for heavy transport applications. Scania is also leading provider of industrial and marine engines. Service-related products account for a growing proportion of the company's operations, assuring Scania customers of cost-effective transport solutions and maximum uptime. Scania also offers financial services. Employing some 44,000 people, the company operates in about 100 countries. Research and development activities are concentrated in Sweden, while production takes place in Europe and South America, with facilities for global interchange of both components and complete vehicles. In 2015, net sales totalled SEK 95 billion and net income amounted to SEK 6.8 billion. Scania press releases are available on www.scania.com (http://www.scania.com/se)

This information was brought to you by Cision http://news.cision.com
X