A novice goes to rally school

Part 1 of my experience with Team O'Neil.

Matthew Borst
Lift, turn, brake, look, turn, release, gas... cone – not again. My brain stopped at brake and suddenly became affixed on the apex I wasn't supposed to be crushing with my rear tire. The instructor caught my drooping eyes and reminded me to focus beyond to the next turn in order to drive the best line now. I was just in awe that I was actually living out one of those life experiences I thought I would only read about in blogs and magazines of the automotive journalist elite. I was really learning how to rally race.

Despite being an automotive enthusiast, most racing has never appealed to me. The cars are no longer even close to what I drive, so I have never connected to that racing passion that draws thousands of spectators weekend after weekend to raceways across the globe. That was, until I saw an internet video of some Scandinavian chuck my dream car around a gravel road without regard to any law of physics that I had learned in my fine public education. I knew that I wanted try that someday.

Then, I started seeing articles pop up a few years ago about schools that will teach you how to play around in the dirt and gravel. I did some exhaustive research (typing "rally school" into Google) and discovered there were only a few options in the whole country. My wife leveraged her love of New England and urged me to sign up for a New Hampshire class on our next vacation. I swallowed the big price tag for just a couple of days of fun because I knew these opportunities will be more difficult to justify once we start having little ones later this year. So, Team O'Neil here I come. 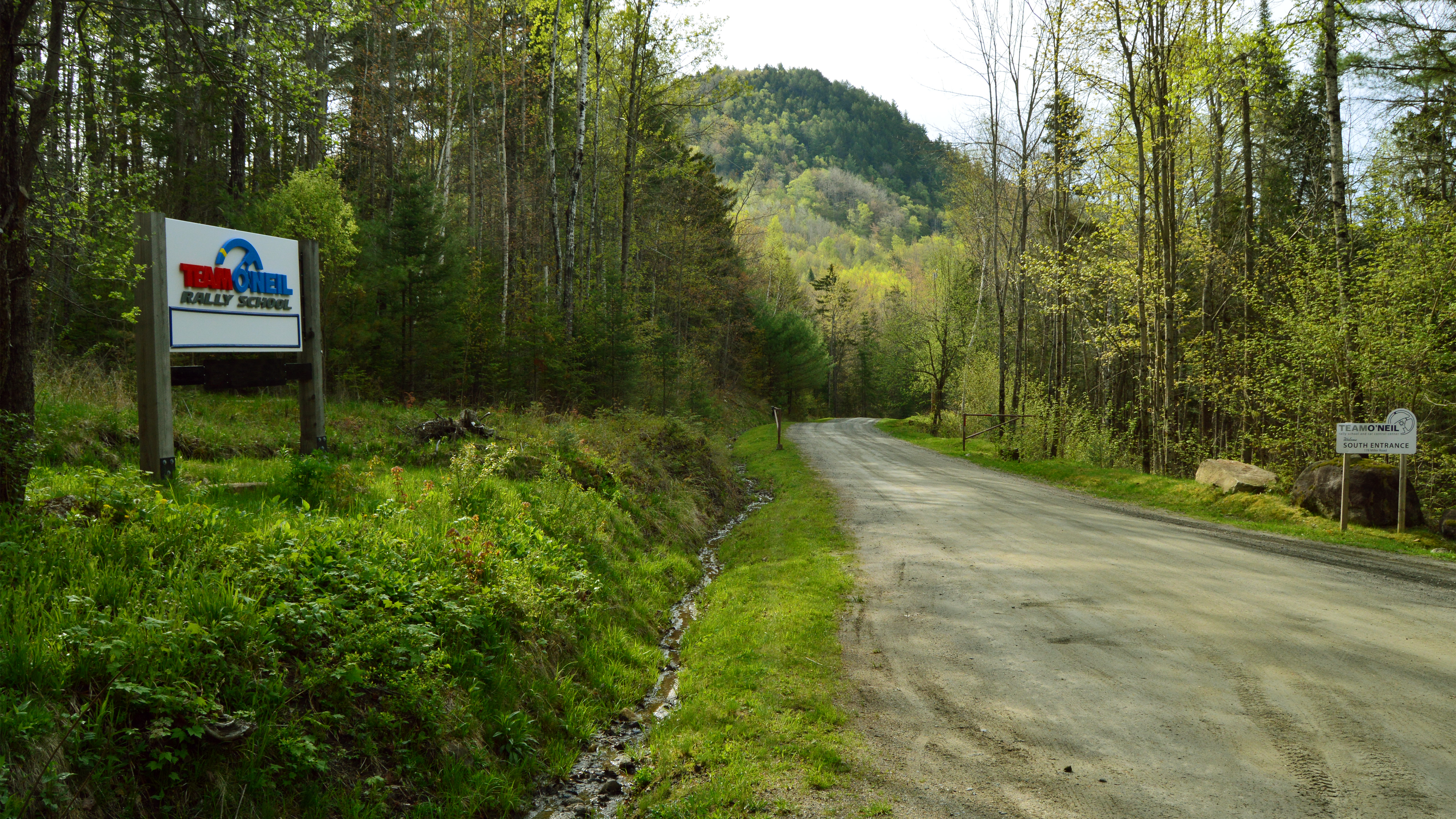 As I sat in my hotel the night before my first day looking out over the White Mountains, I was hoping I hadn't signed myself up for an experience for which my skills were woefully inadequate. Sure, I love cars and consume everything written about them, but I've never raced on a track or had any training beyond the extensive expertise of my Driver's Education course over a decade ago. I was tired of watching from the sidelines, and I wanted to be living the stories I had only read about.

The class met in town the following morning, and I introduced myself to my future partner - a friendly lawyer who had driven up the night before in a boisterous Raptor. Then, we were led through winding back roads that displayed the beauty of the valleys of the upper Appalachians until pavement gave way to crushed gravel, my new preferred surface. The Team O'Neil Rally School hides in almost 600 acres of rolling landscape that could be easily passed by as any other rural driveway. What lies beyond the unassuming entrance is not something you want to pass by, though.

I work in an office building that does dealer technician training, so I'm familiar with the classroom to hands-on experience that I would go through for the next 48 hours. Thankfully, the classroom portion was minimized in order to get us as much seat time as possible. Mentions of weight transfer brought back visions of my chassis dynamics class in college, and when I came to I was sitting in the driver's seat of a bright magenta Ford Fiesta with an instructor beside me and the lawyer anxiously watching from the back. Gone were the ABS, traction control, stability control and power-assisted brakes on the car; so, good thing I remembered my insurance card. 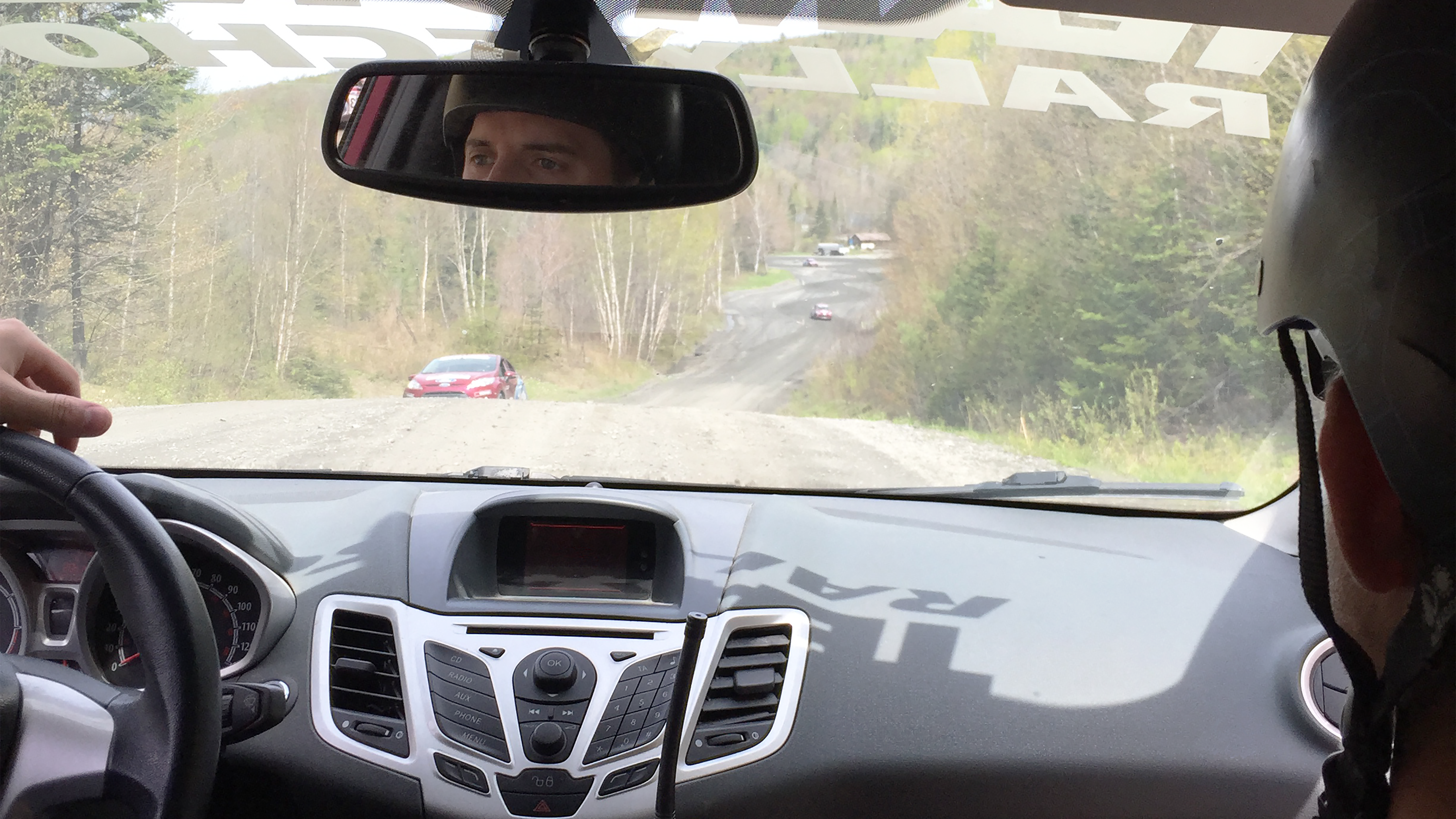 I tried after that to start every new lesson by obliging my partner to go first. I would sit in the back seat and practice the order of movements while we barreled through the course with a speed and looseness that I would muster enough confidence to attempt in fleeting moments. He was the Jeremy Clarkson to my James May. I would then bug the instructor to find out what went wrong and how I could attempt to right his mistakes while creating a whole new set of my own. No matter what happened, though, the instructors always reminded us to focus on our improvements over our errors.

I learned how to left-foot brake the car around a skid pad and through a slalom course. I also learned that I like to stab the brakes and go too easy on the gas. I can only imagine what nicknames the staff had for me (Stabby McBrakes, Cone Hugger, Please Not Him Again). At one point, the instructor grabbed my right knee and forced me through the slalom with more speed than I was comfortable with, the result of which was my best run of the whole day. My only consolation was that I did not go careening into the birch trees or spin into the ditch, which I can't say for some of the other class members.

We ended the first day in the shop for a discussion on rally car mechanicals, my comfort zone. Sitting impatiently on the racks was a $100,000 Fiesta ready to take on just about any other competitor in the states. You'd think most of that money would go to the engine, but the transmission and suspension will take the majority of the upgrading budget. The interior is stripped of everything but a roll cage, seat, steering wheel and shifter. Driving down the road, though, the only modifications you would notice would be the massive tires wrapped around tiny wheels and skid plates barely protruding from underneath. This was still a recognizable Fiesta, and I badly wanted to tear around the track with it. 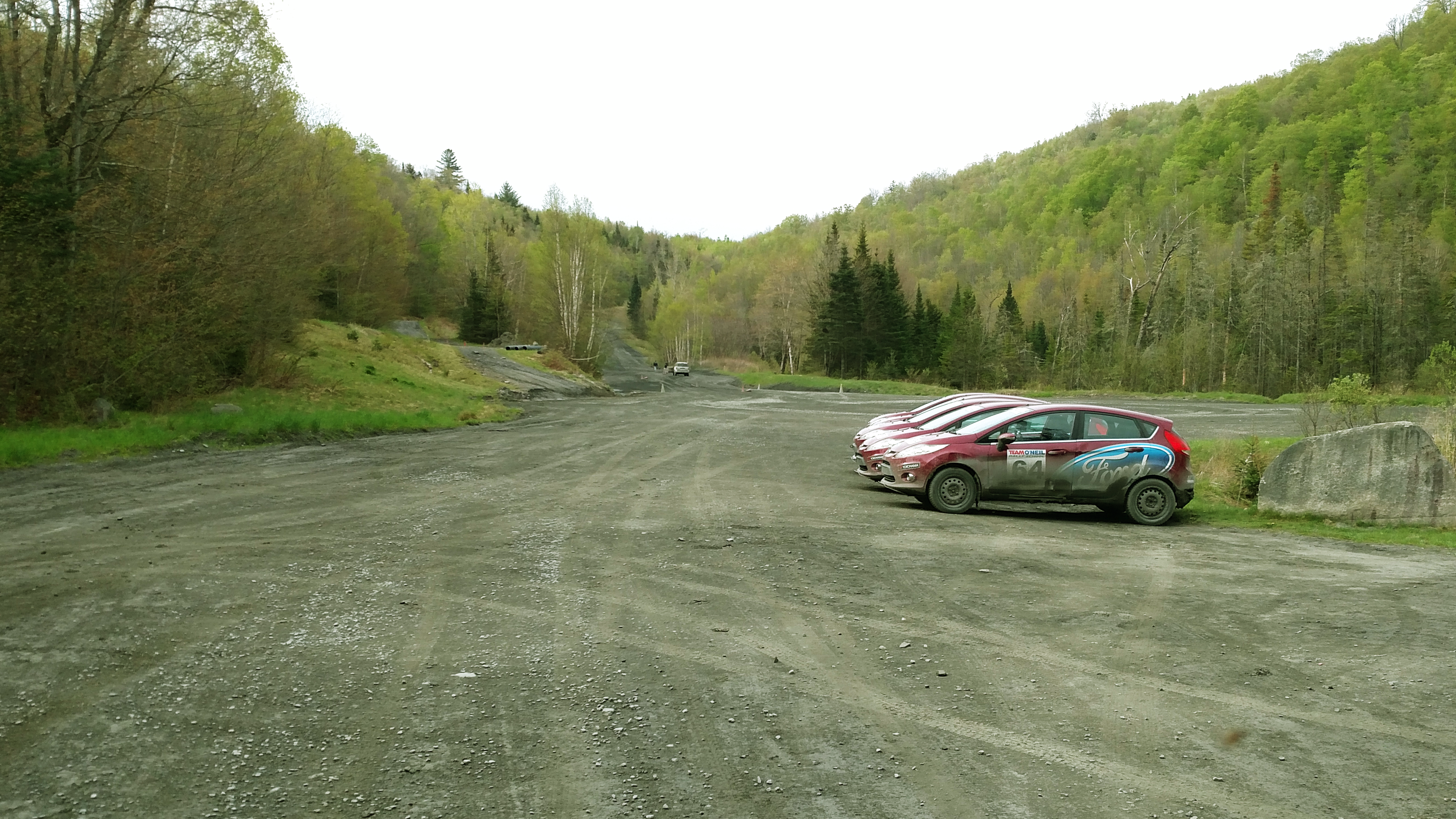 I was completely drained after that first day. I may have been sitting for most of it, but my mind was constantly running to keep up with whatever my feet and hands were supposed to be doing. The instructors make it look so simple, but they were managing a constant barrage of inputs from the vehicle, the road surface and us idiots peppering them with questions in the middle of a pendulum turn.

I also came away from the first day with a newfound respect for those crazy drivers that thread these off-road beasts along mile after mile of unpredictable surfaces and obstacles. A NASCAR driver gets hundreds of attempts at getting a single corner right (or in their case, left), a rally drive gets one attempt at hundreds of different corners. They are masters of car control; I am the master of hitting apex cones. Thankfully, day two brought new experiences and memories.