Tesla may be ahead of 2Q production goals

Tesla solves some of Model X's issues as it boosts output. Tesla Motors may have hit its production goal it set for the end of the second quarter a few weeks early. The California-based electric-vehicle maker reached the threshold of producing 2,000 vehicles per week at its factory in Fremont, California, a few weeks ago, Electrek says, citing both a Tesla owners event and a source familiar with the process. Tesla Motors spokeswoman Alexis Georgeson said in an e-mail to Autoblog that the company won't provide either an update or specifics on its production rate.

The company has been able to boost output because it has resolved many of the issues involving the Model X SUV that had been bedeviling Tesla during the model's early months of production, according to Electrek. In addition to the challenge of making and properly sealing those funky falcon-wing doors, Tesla had to recall the Model X in April to replace third-row seats in about 2,700 vehicles because of a balky locking hinge.

Tesla said early last month that it would boost production to 2,000 units by the end of June, with about 60 percent of those vehicles being Model S sedans and 40 percent Model X SUVs. Tesla also forecasted that it would make between 80,000 and 90,000 vehicles this year. Additionally, Tesla said it would reach annual production of 500,000 vehicles in 2018, two years earlier than its prior forecast.

To that end, Tesla tapped former Audi executive Peter Hochholdinger last month to fill the position of vice president of production. In addition to improving the manufacturing process of the falcon-wing doors and other issues with the Model X, Hochholdinger will help oversee the production ramp-up of the Model 3. 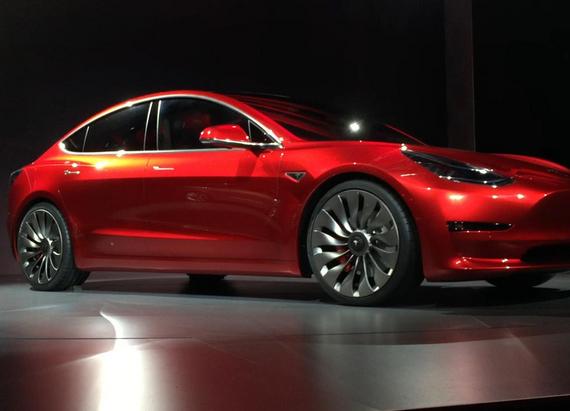