With 500 cubic inches of V8 under the hood, the '73 Eldorado laughed at lesser personal luxury coupes.

Murilee Martin
The 1971-1978 Cadillac Eldorado was a gloriously ridiculous personal luxury coupe, packing a monstrous 500-cubic-inch V8 (that's 8.2 liters for you freedom-hating metric types) under its acre-sized hood for the first five years of production. Fuel economy was comfortably into single-digit territory, which meant you had to be a real high roller to be able to feed a new Eldo after OPEC turned off the oil spigot. I found this '73 in a Denver wrecking yard earlier this spring. This car appears to have been sold new in Denver, and the extensive bodywork and sanded areas indicate that it was someone's project car prior to coming to the end of the line. 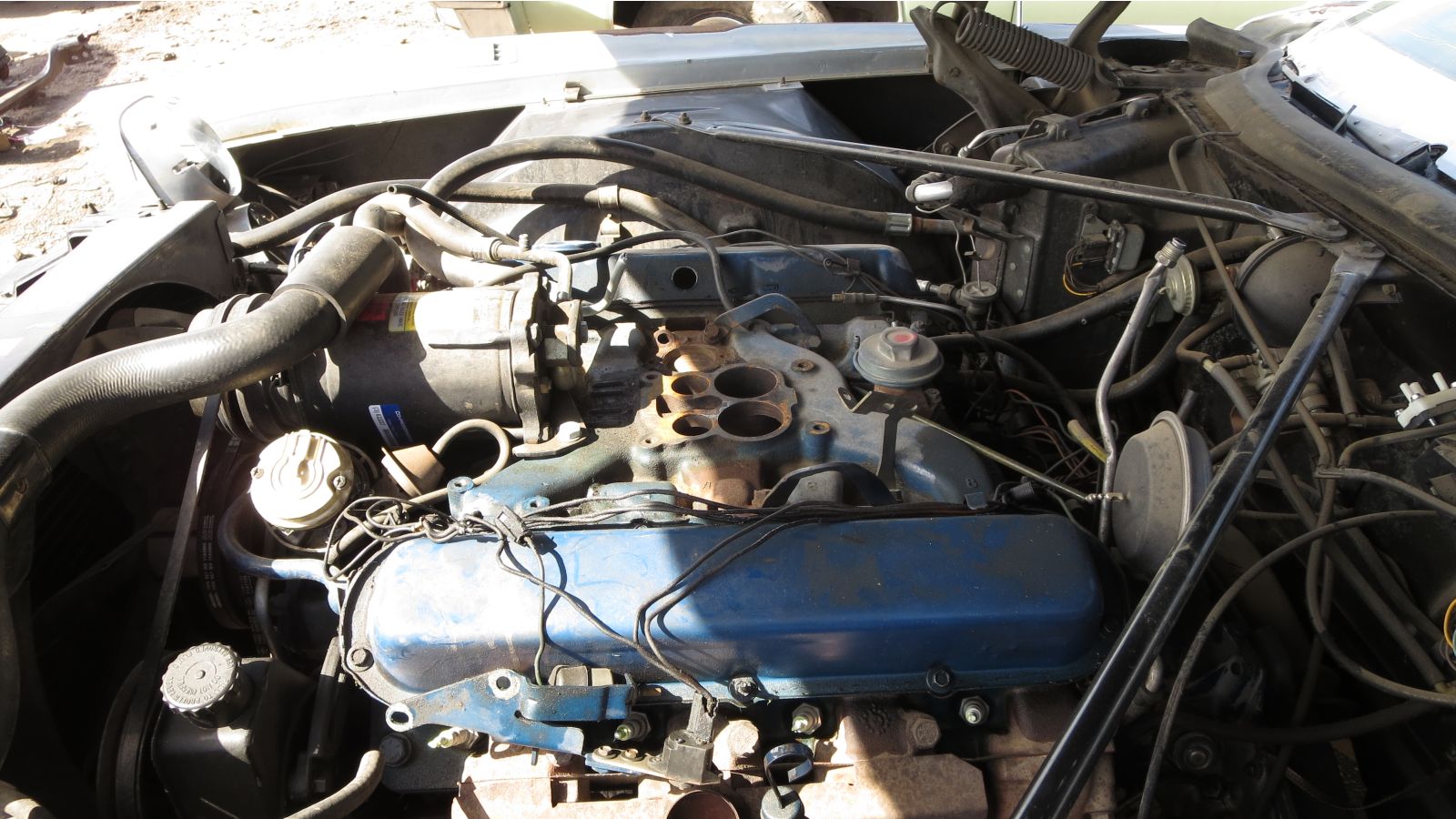 The front-wheel-drive system used in the Cadillac Eldorados and Oldsmobile Toronados of this era was known as the Unified Powerplant Package, and it used a longitudinally-mounted engine feeding a chain-drive setup that proved to be amazingly sturdy and reliable. So sturdy, in fact, that it was used in gigantic front-wheel-drive GMC motorhomes. 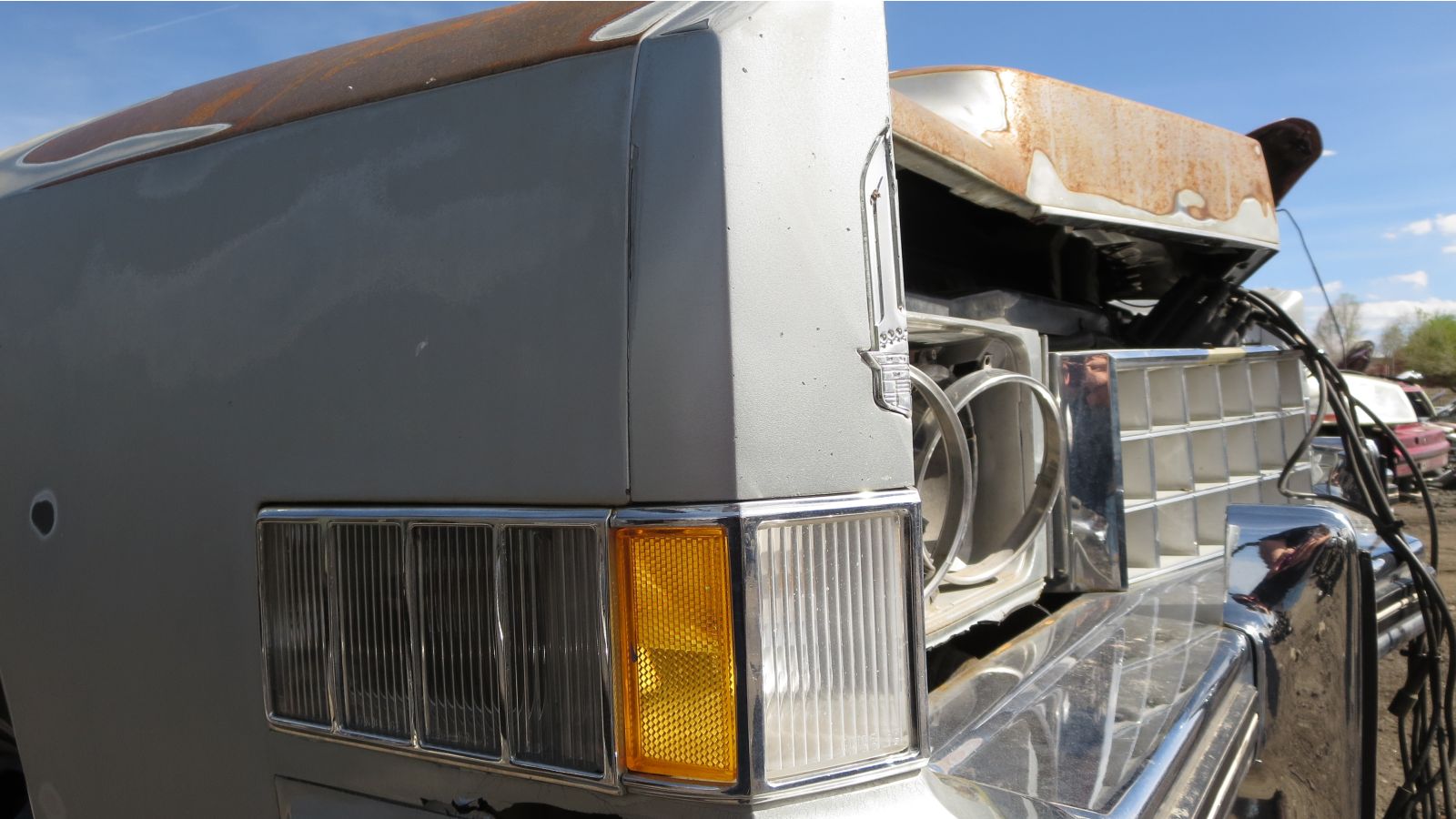 Everyone agrees that these cars are cool, but few are willing to rescue a rough example and take on the difficult and expensive job of a full restoration. This one isn't rusty, but that wasn't enough to save it.