Tesla's Model 3 is less of a gamble than you think

Colin Moreshead
The March 31st unveiling of Tesla's Model 3 looked less like an auto debut than it did a tech presentation. Decked out in full Bond villain garb, Tesla CEO and product architect Elon Musk dished about his "Secret Master Plan" to a theater packed with Silicon Valley's elite.

His presentation confirmed many of the details we've heard through the rumor mill so far – that the Model 3 will have a range of 215 miles, that it will start at $35,000, that it will be autonomous-ready, and that it will [hopefully] be ready by the end of 2017. One widely circulated rumor, that the Model 3 will hit 60 miles per hour in under four seconds, was walked back a bit; the base model will take "less than six seconds," though there will be faster versions available. 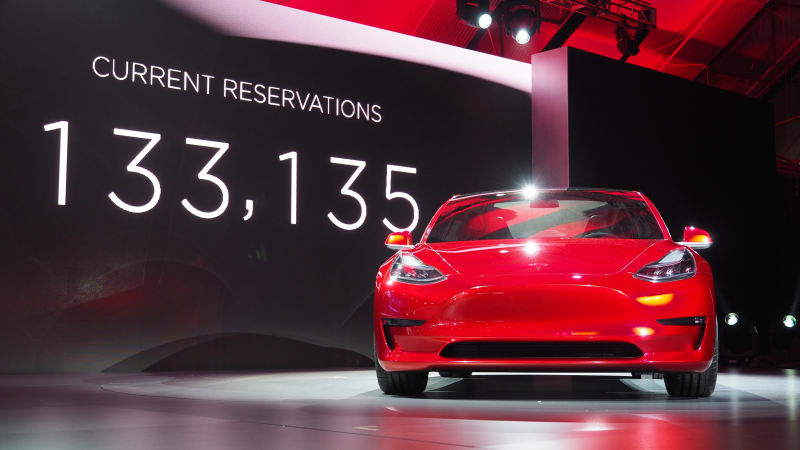 Coverage of Tesla's newest offering has been enthusiastic, but cautious. Slate called it "the car that will make or break Tesla," and Fortune thinks it's "both a big gamble and a very big deal" for the company's future. Both are correct, of course – if the Model 3 fails to perform, Tesla won't have a penny left to go on, and competitors like the Chevy Bolt will hit the showroom floor a full year earlier than the Model 3. There are also reasons to suggest that the Model X crossover wasn't the best of business decisions. But based on what we saw last night, as well as the 180,000 orders in the first 24 hours alone, the odds are stacked in Musk's favor.

There are a few reasons why the Model 3 should outpace the competition, and the most obvious is evident in Musk's presentation style: this is a device, not a car. The Model 3 has maintained the Tesla tradition of a software-driven experience. I can hear the grumbles about not wanting one's car to "crash" the way iTunes is wont to do, but Tesla's software-rich approach takes aim at the worst part of car ownership – the downward spiral of depreciation and obsolescence.

A car that prioritizes hardware can only get worse with age, because what you buy is what you get. Tesla products are a lot more like computers or smart phones in that software upgrades (or "deliverables," as I expect the techies call them) can tweak and improve the user experience long after the sale is made. Your 2012 Mercedes S-Class is the same it ever was, only older. But a 2012 Model S has been through six full software overhauls that introduced new features and improved performance. GM has bought an autonomous driving company, but in the software game, it's still playing catch-up. The Model 3 will ship with Autopilot and a slew of other prestige features that will only get better as time passes, and that's worth a lot to consumers. 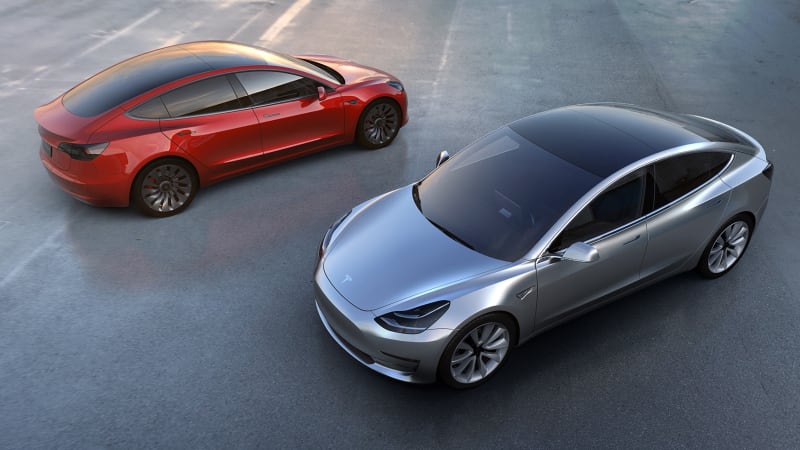 Tesla's second insurance policy against disinterest in the Model 3 is its expansion of the Supercharger network. There are already more than 600 Superchargers worldwide, but Musk claims that when the first Model 3s are delivered, that figure will have doubled to at least 1,200. Perhaps more importantly, he adds that Destination chargers, which allow for free charging at third-party locations, will hit 15,000 worldwide. Consumers may have to wait for their Model 3s, but the allure should remain as more neighborhoods get free charging stations.

The importance of proprietary charging infrastructure isn't lost on other automakers, but none have been nearly as ambitious as Tesla. Renault-Nissan's Carlos Ghosn recently called on governments to support EV infrastructure development, but his company isn't doing much to promote them, either. In addition, GM CEO Mary Barra has stated that her company is "not actively working on providing infrastructure [for the Bolt EV.]" Some might claim that if industry behemoths like GM or Nissan wanted to create infrastructure for their EVs, they could do so practically overnight. If they're serious about the LEAF and the Bolt, why haven't they already?

The biggest reason to bet on the Model 3's success is that Tesla has returned an element of excitement to the car-buying public. Sure, some of us watch live streams from Geneva and Frankfurt each year, and some of us know the specific output of every engine BMW makes. But when a techy upstart like Tesla gets more pre-orders for its BMW 3 Series fighter in 24 hours than the BMW sold in the US all of last year, something new is happening. If all those orders (averaging roughly $42,000 each) are filled, Elon Musk just brought in $7.5 billion in a single day, on the tension of this presentation alone. 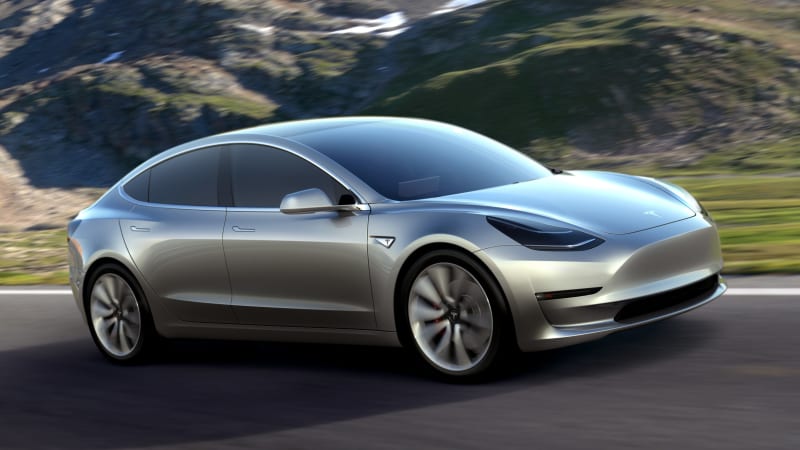 Many auto enthusiasts dislike Tesla. A cursory glance at the comments in response to most Tesla coverage yields enough vitriol to last for weeks. The reason that Tesla has succeeded so far, and will continue to do so, is that it has appealed to a new audience. The simple fact that so much of the Model 3's media coverage tries to remind readers of the threat posed by the Chevy Bolt and not the Audi A4 should tell us that the conversation has changed. Tesla has sold the public on EVs, and its biggest problem now is keeping up with demand.

It seems likely that many of these first 180,000 pre-orders were made by people who don't suffer from range anxiety. Many of them may live in places like Manhattan, where Tesla charging stations outnumber gas stations by three to one. They probably own plenty of gadgets that get updates frequently, and expect their car to do the same. Maybe they like the simplicity of a motor with only one moving part, or maybe they just never want to pay for gasoline again. What we do know about these people is that there are enough of them to ensure that Tesla has a great chance for prolonged growth. Until now, Tesla's cars have been great, but out of reach for most people – that's soon to change.