The better-executed Q50 Infiniti should have made all along. View All Specs
When the original Infiniti Q50 arrived to replace the long-lived G Sedan, our reaction was lukewarm. It lacked poise, refinement, and efficiency, and we hated the Direct Adaptive Steer system. We originally thought of this steer-by-wire system as, "technology for the sake thereof." Infiniti is hoping to address these shortcomings with the 2016 Q50. It gets a new and far improved version of DAS, and a 3.0-liter, twin-turbo V6 sits atop a diversified powertrain family. And at the top of the ladder sits this: the Q50 Red Sport 400.

The Red Sport's all-aluminum 3.0-liter V6 pumps out 400 horsepower and 350 pound-feet of torque, the latter of which can be called upon between 1,600 and 5,200 rpm. That low-end thrust is what's most evident out on the road – everything from standing starts to freeway passes are effortless. It's actually kind of ferocious – the tachometer needle climbs relentlessly, and the engine feels strong and purposeful all the way up to its 7,000-rpm redline. It's a refined and smooth powerplant, too, which is a tremendous improvement over the old 3.7-liter V6. 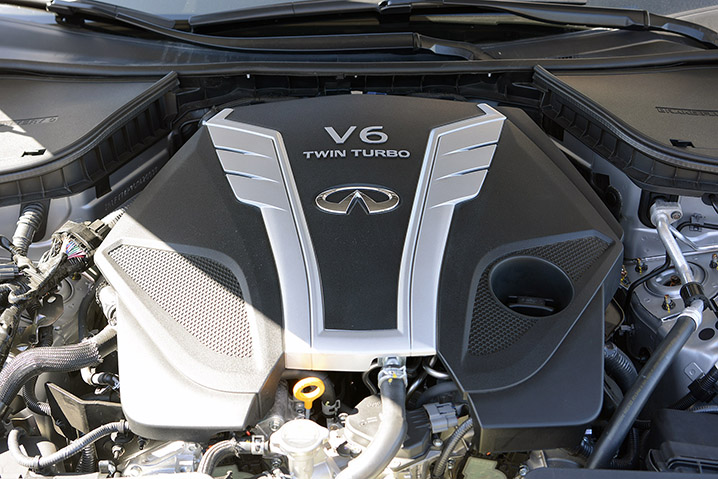 The bigger accomplishment is Infiniti's second-generation Direct Adaptive Steering system. Owners can choose from three steering weights and three levels of responsiveness, but steering adjustments feel more incremental rather than dramatic, so you won't be jarred if you suddenly switch from an aggressive mode to a more comfortable setup.

Computer wizardry still can't match natural feedback, but the sensations the revised Direct Adaptive Steer system delivers are comparable to the average, modern, electric power-assisted setup. Make no mistake, that's a huge improvement and it means DAS performs far better dynamically, especially when you ask for its most aggressive behavior. See the differences between the different modes in the video below.


Even half-throttle situations in the standard drive mode required counter-steering.

Direct Adaptive Steer feels perfectly fine during everyday driving. We spent about 75 percent of our time testing a DAS-equipped car, but hopped into a non-DAS model a the short, 20-mile drive back to our hotel. DAS felt more stable and easy to track down the road – it didn't require the constant, tiny steering inputs of the traditional system. This was always one of Infiniti's goals with DAS, but the first-gen system went too far in ironing out steering vibrations.

But despite a better engine and better steering, there are still problems. For one, the 265/35-series rear tires (Dunlop SP Sport Maxx 050 summer run-flats) can't effectively manage the engine's power. Other reviewers agreed – lack of grip was probably the most common complaint from the media in attendance at the Q50 launch program. And we weren't hooning, either. Even half-throttle situations in the standard drive mode required counter-steering. The Red Sport 400's stability control systems caught us each and every time (the nannies are undefeatable too, which sounded annoying until until we got behind the wheel and realized they're absolutely necessary). That said, the RS400 will be offered with the current Q50's optional Bridgestone Potenza RE050A summer tires. And we very much doubt that the all-wheel-drive Red Sport 400 will be so unhinged when it arrives. 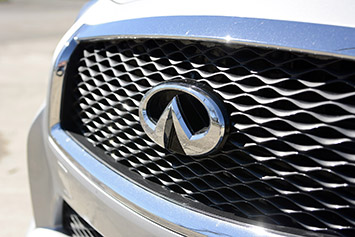 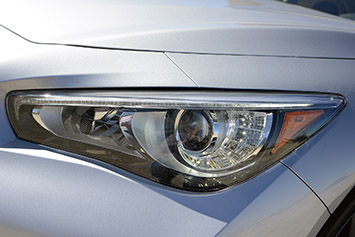 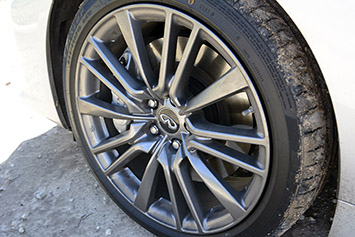 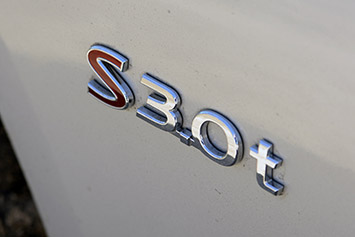 We think Infiniti could have gone a little farther with its hotter RS400 model.

Aside from the extra power and improved steering, the ride/handling profile feels exactly the same in the Red Sport 400 as it did in last year's Q50S – not that we're complaining, the ride is comfortable without being floaty or vague. We just think Infiniti could have gone a little farther with its hotter 400 model. Inside, the new car is identical to the old one, and outside, the only real difference is the tailpipes – the Red Sport 400's are inspired by the new Q60 Coupe.

The original Q50 always felt like an automotive beta test – as we said in an earlier review, this car just couldn't make us smile. The Red Sport 400 with its monstrous new engine and much improved steer-by-wire system feels more fully realized, like this was the sedan Infiniti meant to make all along. 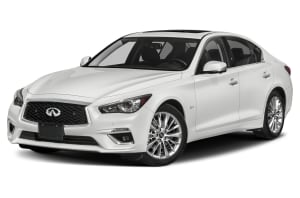 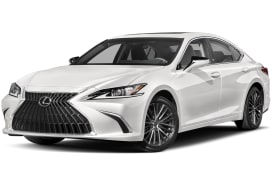 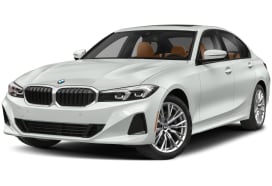