Improvements All Around, But Don't Get Too Excited 7.5
Here's the thing: It's tough to get excited about a mainstream compact car. We tried. Hyundai's latest Elantra is better than the last Elantra, a car that got few people excited. Not a ton has changed, but there's fresh sheetmetal, improved efficiency, and more options than before, all on top of a revised chassis. That's kind of the trend in new cars these days. The last one was fine, this one is more fine.

The Elantra engineers at least resisted the urge to make the car larger. Its interior and cargo volume figures are within tenths of last year's figures, which means they once again put the Elantra into the EPA's midsize bracket. With that comes a midsize feature set, including a few items no other "compact" car offers.

For now, Hyundai is offering the 2017 Elantra in base SE and top-of-the-line Limited trims. Both come with a 2.0-liter four-cylinder (more on that below). The SE offers a Popular Equipment Package that most people will want and many will choose (hence the name). It includes a seven-inch touchscreen head unit with Android Auto and Apple CarPlay functionality, as well as a rearview camera, automatic headlamps, audio controls on the steering wheel, Bluetooth, cruise control, heated side mirrors, 16-inch wheels, and a hood insulator to keep some engine noise from making it to your ears. An SE tech package adds things like blind-spot monitoring and rear cross-traffic alert. 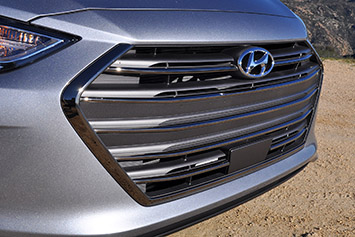 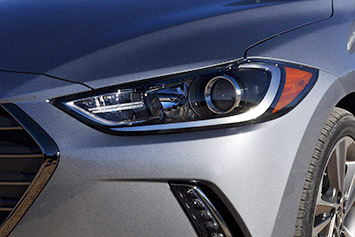 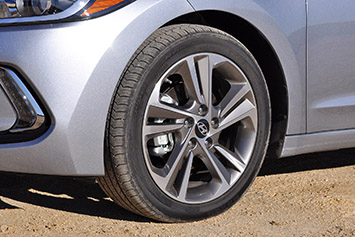 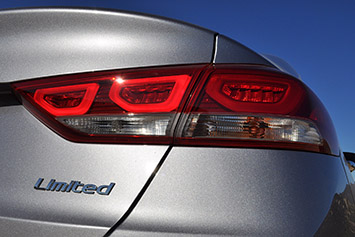 For now, Hyundai is offering the 2017 Elantra in base SE and top-of-the-line Limited trims.

Step up to a Limited, and you get leather, a power driver's seat, 17s, and a bunch of other stuff. The Limited also unlocks option packages: one that revolves around an eight-inch nav touchscreen and another that adds safety items like radar cruise control and auto braking with pedestrian detection. That last one is a segment exclusive, if you're keeping score at home.

To get all of the stuff you can't in any other car in this class, you'd be shopping in the next segment's price range anyway. And speaking of segment firsts, cars with the proximity key (SE with Tech Package and above) come with a hands-free trunk release. It lets you pop the trunk lid by just standing near it with the key, but it only releases it and doesn't fully open wide like on some cars with power trunk open and close. So it sort of solves a problem. 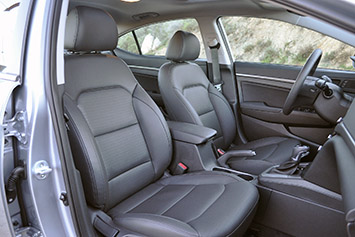 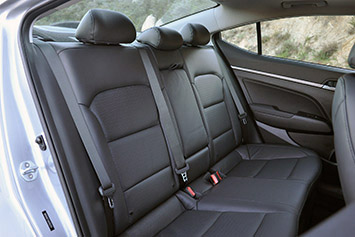 The engine and available transmissions are nothing groundbreaking.

In contrast to the features, the engine and available transmissions are nothing groundbreaking. Engine size goes from 1.8 liters to 2.0 but power and torque only go up slightly, from 145 horsepower to 147, and from 130 pound-feet of torque to 132. Both peaks are a little lower than before, and the engine feels a bit more responsive. The engine now uses the Atkinson cycle, which favors efficiency over output.

The six-speed automatic, which comes on all models but the most base SE, gets a few efficiency updates and seems smoother than before. Hyundai says it chose to stick with a conventional auto instead of going for a CVT because customers are used to the sensations of shifting that a CVT can only simulate. We have a hunch Hyundai just didn't see the CVT trend coming. These transmissions may be counter to what some people expect, and some companies don't implement them as well as others, but CVTs are the fuel economy play, and this is definitely a fuel economy segment. That said, Hyundai managed to bump EPA ratings up on the volume models, with upper SEs and all Limiteds returning 28 miles per gallon city and 37 highway. 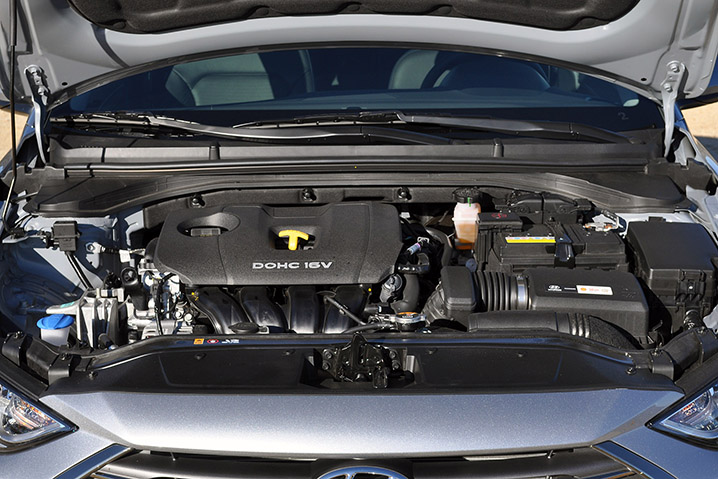 Everything is much more composed, even when you're really pushing it, something most Elantra drivers will never do.

If you want options, a turbocharged Eco model will be added soon, and Hyundai is prepping a new Elantra Sport for a debut at the 2016 SEMA show in November. The Eco's 1.4-liter four-cylinder will be paired with an efficiency-minded seven-speed dual-clutch; the combo should boost EPA ratings another two miles per gallon in both tests. We can't share much about the Sport other than that Hyundai promises it will be "the most dynamic Elantra ever." That leaves things very open to interpretation.

All Elantras benefit from a much simpler and more refined interior layout. The design trades the last car's bulbous curves for geometric cleanliness, and the materials have been upgraded to match. It's basically a scaled-down version of what's found in the latest Sonata, which is okay by us. Have a look at our 360-degree interior tour below (it's best experienced on a mobile device that you can move around to change the view).


The 2017 Elantra isn't too exciting, but it's an improvement in pretty much every respect.


Aside from the nicer interior and added features, the biggest strides were made in the car's ride and handling. Everything is much more composed, even when you're really pushing it, something most Elantra drivers will never do. There's a decent amount of roll baked in to afford compliance, but the front seats mostly make up for that with big bolsters that hold you in place. Not a lot of headway was made with the electric power steering, as it is still lacking in feedback, but it is at least well weighted and a little more natural feeling than before.

So while the 2017 Elantra isn't too exciting, it is an improvement in pretty much every respect. If the average Joe wants a car with handsome styling, the right features, plenty of space, and adequate power, this should suit him. Us, we'll keep trying to get excited about all of this and get back to you.