The Hyundai Santa Fe is getting a refreshed face just three years after the debut of the current generation, but for now the revision is exclusive to the South Korean market.

The crossover is definitely getting a dash more style with this upgrade. The grille retains a three-bar design, but each crosspiece now sports cuts at each edge for a more visually interesting look. Lower down, the air intake grows larger for a little more aggression, and LED running lights are now mounted above the fog lights. The headlights are also re-sculpted for a sharper shape. According to a rough translation of Hyundai's press release, the rear bumper and taillights also see revisions, but the company has no photos of them. Similarly, the interior apparently receives a redesigned gauge cluster with new fonts and icons.

For the South Korea at least, the updated Santa Fe is also getting an expanded list of tech options. Buyers can now opt for adaptive cruise control, automatic emergency braking, and a 360-degree camera system with parking assist. The release specifically mentions that Hyundai is aiming for the Santa Fe to score Good in the Insurance Institute for Highway Safety's small overlap crash test in the United States, versus the current version's Marginal rating.

When the refreshed Santa Fe was previously spotted testing, the North American debut was predicted for sometime this year. Given the reveal of the crossover in South Korea, that estimated date would seem even more likely now. Autoblog reached out to a Hyundai Motor North America spokesperson for a more exact date, but all we heard back was that the automaker wouldn't comment on future product plans. 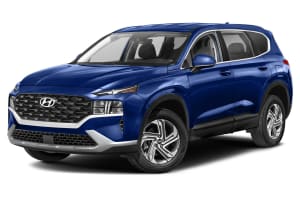 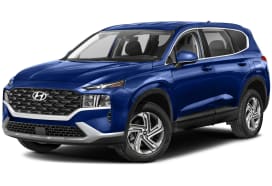 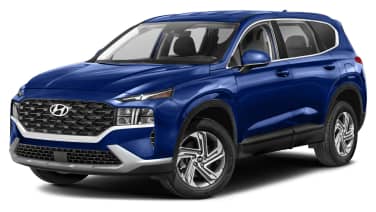 $10 - $362 Nat'l avg. savings off MSRP
See Local Pricing
I'm not in the market for a vehicle at this time. Please move this suggestion to the side for 30 days.
Huge Savings