Chris Bruce
It still seems way too early to even starting thinking about the 2016 presidential election, but candidates are already throwing their hats in the ring. Among the officially announced hopefuls so far is former Secretary of State Hillary Clinton. To kick off her run for office, she recently embarked on a long-distance road trip from her home in New York to the campaign battleground of Iowa. Rather than a limo, she was driven there in a conversion van (pictured above) that Clinton named Scooby after Hanna-Barbera's famous, mystery-solving dog.

According to Yahoo Autos, the vehicle itself is a Chevrolet Express that has been customized by the Explorer Van Company, and Time says that it's also armored. Clinton isn't behind the wheel, though. All those years in public office mean that the Secret Service does the driving.

Of course, the vehicle in Scooby Doo was named the Mystery Machine, and Scooby was mostly brown, not black. To explain the somewhat odd naming, Clinton traveled around in a brown van during her 2000 Senate campaign in New York, and it earned the nickname Scooby, according to Time. Apparently, the moniker has stuck for her latest ride.

If the start of the Clinton campaign seems early, she isn't the first White House hopeful to arrive in Iowa this year. A bunch of possible Republican candidates already met at summits in the state at least twice to gain favor ahead of the caucus there. No word on what they were driving... 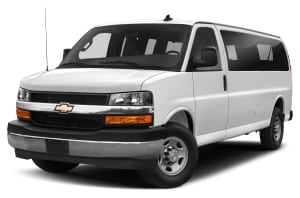 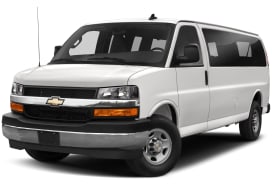 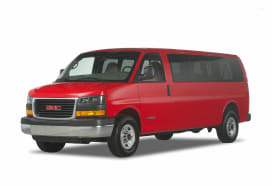 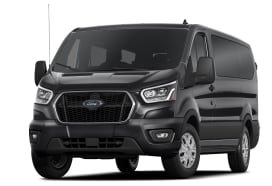