The next-generation Ford Edge will be available with quite a growth spurt for its debut in China next year, with newly announced plans also to build and sell a three-row version exclusively in the People's Republic. However, markets outside of there likely won't see the larger model.

Ford marketing boss (and future head of Ford of Europe) Jim Farley announced the three-row version of the crossover at the Los Angeles Auto Show, according to Automotive News. To create the extra room, Ford made the Chinese-built variant about 16 inches longer than its two-row counterpart. Farley didn't specify at which of the Blue Oval's plants in the country this model would be assembled.

The Explorer and forthcoming Everest already offer three rows from the Ford lineup in China, but the company thinks the market can easily support all of them. According to Farley to Automotive News, the utility segment is up 485 percent in the country since 2008.

Customers in the US can still look forward to the two-row Edge hitting dealers early next year. It'll be the first model in the Blue Oval's lineup here to come standard with EcoBoost power. 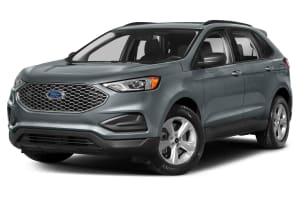 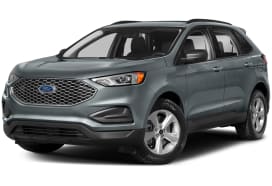 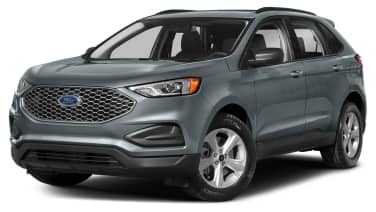 $996 - $1,055 Nat'l avg. savings off MSRP
See Local Pricing
I'm not in the market for a vehicle at this time. Please move this suggestion to the side for 30 days.
Huge Savings