2015 Maserati Ghibli gets the lightest of updates [w/video]

Maserati continued its centennial celebration this week with a lightly updated version of the 2015 Ghibli at the Los Angeles Auto Show.

The sedan is enhanced with navigation and Bluetooth features, which are now standard. Reinforcing that this is a light refresh, Maserati gave the brake calipers a new finish, and contrasted stitching is also added on the Ghibli and Ghibli SQ4 models.

Maserati is also throwing in a free three-month "all-access" subscription to SiriusXM satellite radio for the Ghibli, Quattroporte and GranTurismo.

The Ghibli shared space in Los Angeles with the Alfieri concept that debuted at the 2014 Geneva Motor Show, the GranTurismo MC Centennial edition and the updated Quattroporte GTS.

Though Maserati has had an understated presence in LA, it's had a strong year in the United States and has already posted its best-ever sales tally.

November 10, 2014- Englewood, Cliffs, NJ – Maserati, celebrating its 100th Anniversary and record-breaking sales in the U.S., will present the stunning Alfieri 2+2 Concept and entire model year 2015 lineup in California at the Los Angeles Auto Show, which opens to the public on November 21st. Both the Alfieri Concept and the refresh of the Maserati Quattroporte GTS-the brand's flagship sedan-will be making their Los Angeles, CA debuts. The full MY 2015 product range including the Ghibli sports sedan and GranTurismo Centennial MC coupe and convertible will join in the spotlight.

A special vintage Maserati display will also be unveiled in partnership with the Petersen Automotive Museum in the West Hall lobby at Los Angeles Auto Show, offering a glimpse of Maserati's century-long history and timeless style in honor of its 100th birthday.

The Alfieri Concept has impressed audiences around the world, and is a tribute to the brand's 100th Anniversary that embodies the stylistic heritage of Maserati while alluding to its future. Alfieri Concept is an exotic, sleek, Italian style 2+2 with a "kick of poetry," as noted by its creator, Lorenzo Ramaciotti, Head of Global Design for Fiat Chrysler Automobiles. The striking Alfieri emphasizes Maserati's racing DNA, and-while a concept today-it is poised for reality.

The 2015 Quattroporte range reveals aesthetic enhancements and added standard equipment for both the S Q4 and GTS versions. The highest-specification Quattroporte GTS, with 523 HP from its potent twin-turbo V8, benefits from a sportier and aggressive appearance, heightening its dominance on the road while further differentiating its position at the very top of the range. Detail accents such as lower bodywork color-matched to its body, a refreshed trident badge and red accented wheel center caps distinguish the GTS. A wider selection of features are now available on the Quattroporte range including contrast stitching, red leather upholstery and Black Piano Lacquered trim and Wifi hotspot.

The Centennial Editions of the GranTurismo MC coupe and convertible are available in three new tri-coated paint colors (Rosso Magma, Blu Inchiostro and Grigio Pietra), exclusive to the Centennial edition. This range of new colors was created by the Maserati Style Center to highlight the colors of the Maserati trident logo and emblem of the city of Bologna, where the company was founded in 1914. Other celebratory accents such as special centennial center caps, lightweight carbon finishes and stripe design on the seats were incorporated to characterize the top performance models.

Ghibli also features new enhancements for MY2015, including navigation and Bluetooth that now become standard. A new standard brake caliper finish and contrast stitching are also available on Ghibli and Ghibli SQ4 models and a three-month subscription to the SiriusXM "All Access" package is now offered to customers purchasing any new GranTurismo, Quattroporte and Ghibli models.

2014 continues to be a very significant year for Maserati as it celebrates-in addition to its 100th Anniversary-the most comprehensive, best-selling product range in the history of the company. 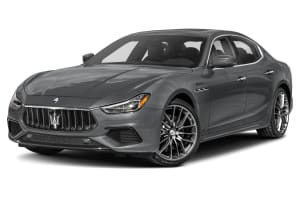 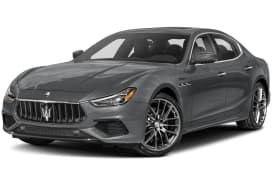 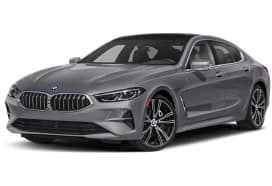 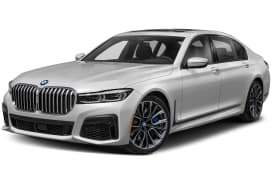 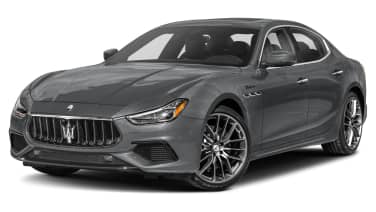 $3,972 - $4,553 Nat'l avg. savings off MSRP
See Local Pricing
I'm not in the market for a vehicle at this time. Please move this suggestion to the side for 30 days.
Huge Savings