Nissan teased the look of the next-generation Maxima at the 2014 Detroit auto show with the Sport Sedan concept, and it was quite a looker with an aggressive front end and cool floating roof. Now, we're getting out very first glimpse at the production version in some new spy shots. Although, It's plastered with camouflage, underneath you can still see the concept's design inspiration.

Starting from the front, the biggest influence from the concept is the V-shaped grille with smaller inlets on each side and jagged headlights. Running back from there, on one side the Maxima mule has a black A-pillar, which at least suggests that the floating roof is making it to the production model too.

In profile, it's hard to make out, but the hard creases that run down the side of the Sport Sedan appear to be underneath this camouflage, and there's a ton of masking around the rear pillar seemingly to hide the shape. However in the close-up photo, you can get a better view, and it doesn't look quite as sharp and coupe-like as on the concept.

At this point, the back also lacks the concept's angular rear bumper in favor of something more conventional. All the cladding there makes it hard to tell what is hidden underneath, though.

The Sport Sedan concept has a version of Nissan's 3.5-liter V6 with over 300 horsepower and a CVT powering the front wheels. Though, our spies think it's possible the production version could offer a hybrid 2.5-liter supercharged four-cylinder to give V6-like power, like the Pathfinder Hybrid.

From these early spy shots, it certainly looks like Nissan is trying to bring the major parts of the concept to the road. We can't wait to see the Maxima without so much being hidden. Until then, check out the gallery for a first look. 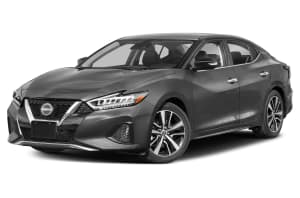 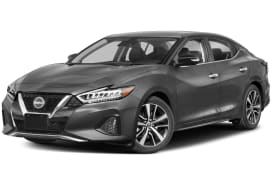 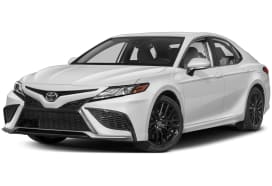 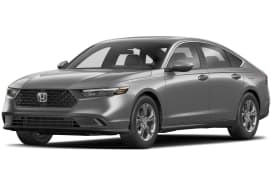 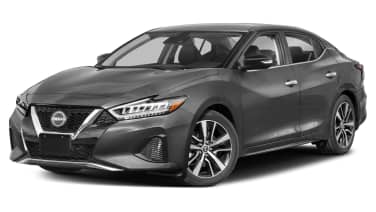 $1,047 - $1,993 Nat'l avg. savings off MSRP
See Local Pricing
I'm not in the market for a vehicle at this time. Please move this suggestion to the side for 30 days.
Huge Savings