We love the Mitsubishi Lancer Evolution X, but by this point, we've accepted the fact that the its days are numbered, despite the noticeable back and forth that accompanied rumors of the vehicle's future for so many months and years. And while the Evo's coming death in 2015 is pretty sad, a report from Automotive News claims that the road-going rally machine will at least be leaving with a fairly substantial bang.

According to AN, Mitsubishi will send off the Evo with a Special Action Model. Limited to between 2,000 to 2,500 units and destined exclusively for the United States, the Evo X SAM should boast, most notably, a bump in power for its 291-pony, 2.0-liter, turbocharged four-cylinder. There should be a few other performance tweaks to accompany the increased output, although it's unclear what those might be. AN claims the limited-edition model will drop during the last six months of Evo production, some time next year.

AN's report was confirmed to us by Mitsubishi spokesman Alex Fedorak, who said that, yes, there will be "a US special edition in 2015." We've asked for additional information, but all we've heard back, so far, is that mum's the word. Here's hoping we won't be waiting too long to get official details.

Until then, what do you want to see for what could be the Lancer Evolution X's last hurrah? Give us your wish list in Comments. 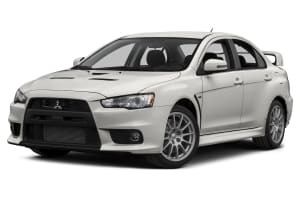