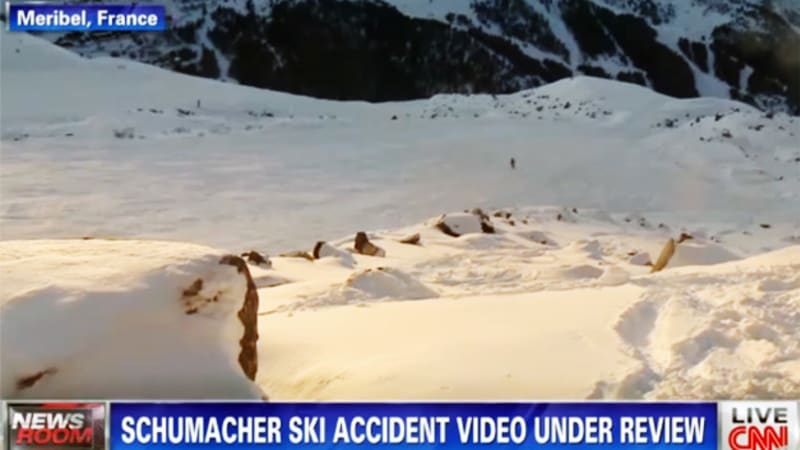 In the 11 days that have passed since Michael Schumacher was critically injured in a skiing accident in France, there really hasn't been much in the way of official information on which to report. While this is still the case for his current condition, CNN and CBS News are helping shed light on the incident that landed the Formula One champion in a medically induced coma.

As investigators continue to look at Schumacher's helmet cam footage of the crash, both news reports indicate that neither speed nor faulty skis are to blame. It seems that Schumacher had been skiing in area between two marked runs when he somehow lost control and hit his head on a jagged rock. CBS reports that Schumacher was wearing a helmet, but the impact was so severe that it "split his helmet in two."

A CNN video, which is posted below, actually shows the location where Schumacher's accident occurred (pictured above), and CBS goes on to say that this area continues to be used by skiers and snowboarders. Although the last we heard on Schumacher's condition was before the New Year rang in, our thoughts and prayers are still with the champ for a full recovery.