Toyota has pulled the curtain back on its 2014 Tundra, showing a truck that has gotten its most significant refresh since its launch as a 2007 model. For better or worse, however, the changes that Toyota has made to the fullsize pickup are mostly cosmetic, with the underpinnings of the vehicle staying unchanged.

The most obvious revision for 2014 is to the bluff front fascia of the truck. There's a new, taller squared-off grille decorating the Tundra's nose, along with a revised, three-part front bumper design. The optional black grille-frame strikes us as an acquired taste, to say the least, but other models, like the Limited above, is all clad in chrome. Fenders and wheel wells are more square than in the out-going truck, too. Perhaps most significant is the revised bed design, which Toyota calls "all-new," with new sheet metal on the sides, a revised tailgate and a very subtle integrated spoiler.

Inside, Toyota has given buyers some new seats and a new-look instrument panel. A backup camera (always handy on big trucks) is now standard equipment on all grades, as is Bluetooth connectivity. Blind spot monitoring is a new, optional feature as well. In all, as with the exterior mods, the changes in-cabin are far more evolutionary than revolutionary.

Considering Toyota's recent lackluster performance versus the American truck competition, we're not sure this facelift will give the Tundra enough of a push to overtake the likes of all-new models from GM and Ram, or the segment-leader Ford F-150. Time, and shoppers' dollars, will tell.
Show full PR text
Toyota Unveils 2014 Redesigned Tundra Full-Size Pickup Truck at 2013 Chicago Auto Show
New Chiseled Exterior Styling

Tundra has been a quality leader with Toyota's DNA of quality, dependability and reliability. The industry has recognized Tundra with a myriad of awards over the last 12 years, including winning the J.D. Power Vehicle Dependability Study for seven years running in the Full-Size Pick Up segment. Not resting on its laurels, the 2014 Tundra will be redesigned, inside and out, representing the first major change since the launch of the current generation for the 2007 model year.

The redesigned Tundra continues to be a truck with true American roots that was once again engineered by Toyota Technical Center in Ann Arbor, Mich., and its new look designed by Calty Design Research centers in Newport Beach, Calif., and Ann Arbor. Finally, Tundra continues to be assembled exclusively at Toyota Motor Manufacturing, in San Antonio, Texas.

"Toyota prides itself on listening to its customers and the development of the 2014 American-born Tundra is a perfect example," said Bill Fay, group vice president and general manager, Toyota Division. "Tundra's new exterior design and all-new interior were inspired by customer feedback requesting a more chiseled exterior and refined interior with improved driver ergonomics, and easy-to-use technology, giving customers more of what they want instead, in addition to what they need."

The 2014 Tundra will have a grade strategy consisting of the hard-working SR, volume-leading SR5, the well-appointed Limited, and two premium grades: "Platinum" and the all-new "1794 Edition." The new 1794 Edition is a tribute to the ranch, founded in the year 1794, on which the Tundra plant is located in San Antonio. Tundra is offered in three cab styles, two-door Regular Cab, four-door Double Cab and four-door CrewMax, all available in 4x2 and 4x4.

Significantly New, Unique Exterior Designs; Distinct Look for Each Grade
Inside and out, each grade embodies a specific theme through distinct designs that go beyond just badging.

The Calty design team set out to create a bold and powerful exterior to embody Tundra's performance capability. The all-new front design integrates the hood and grille for a chiseled and modern industrial image. Designers increased the size of the front fascia and tightened up the surfaces and character lines to punctuate Tundra's pulling power and wide stance. The chrome grille has a taller, bolder look visually connecting the upper intake to the lower bumper. The front lower bumpers are now a three-piece design, allowing for grade differentiation and less expensive replacement parts. In addition, the fenders and wheel wells have been squared-off for a wide and sturdy stance.

An all-new bed design helps carry the chiseled character lines all the way down the profile, leading to a rugged new bed and tail gate, with an integrated spoiler and "TUNDRA" stamped into the sheet metal, creating a one-piece forged look. The integrated spoiler in the deck helps with fuel efficiency, while the tail lamps express a tool-like quality to match the appearance of the body. Like the front bumper, the rear bumper changes from one piece to three, for lower replacement costs.

An All-new Spacious Interior; Each Grade With a Unique Identity
Calty's design team worked closely with the product planners and Tundra engineers to develop an all-new bold interior focusing on styling differentiation between grades and improving the availability of features most important to truck buyers. The all-new interior variations are thematic and cater to a specific customer with a specific budget. Ergonomic improvements include easier driver access to controls as the reach to the audio and HVAC controls was reduced by 2.6 inches. Large knobs have been retained so they can be operated with or without work gloves. Overall passenger comfort was improved with an all-new front and rear (CrewMax) seat design and improved front seat ventilation. In addition, front seats have additional travel, and CrewMax rear seats can now be folded up for additional cargo carrying capability while maintaining a comfortable seating back angle.

The interior has a rugged, interlocked construction with an all-new instrument panel. The meters feature 3-D metallic rings and individual gauges grouped in a clear, easy-to-see design with a center-mounted multi-information display screen. The console design holds multiple storage areas for personal items and electronics plus additional padded surfaces and accent stitching in premium grades. Both Double Cab and CrewMax will be available with a bench or bucket seats for the front row.

The Limited grade has an "active premium" image with leather seating surfaces matching soft-touch stitched door and console surfaces, and wood-style interior trims. The Limited will be available with Black, Sand Beige and Graphite leather-trimmed interiors and will have standard auto HVAC controls.

The Platinum grade has been completely redesigned for the next generation of personal use truckers. It features perforated black leather-trimmed seats with double-stitched diamond plate leather, door and instrument panel inserts, and chrome seat and console accent badging for an upscale yet urban feel. In addition, Platinum uses premium leather never before used on a Toyota truck and comes with many standard amenities, including a 12-speaker JBL audio system with Entune™, heated and ventilated front seats, navigation and Blind Spot Monitor with Rear Cross Traffic Alert.

Three Engine Options Remain Among Segment's Most Capable
Several enhancements have been implemented on the 2014 Tundra to improve performance. Shock-absorber valving has been re-tuned to improve Tundra ride quality over harsh surfaces.

Patented aerodynamic stabilizer fins are added to the outside surface of the rear tail lamp lens, and the outside mirror bases. These patented "Aero-Fins" reduce the air turbulence along the sides of the vehicle resulting in improved straight-line stability during normal driving conditions and while towing.

The available 4.6-liter DOHC i-Force V8 offers 310 horsepower and 327 lb.-ft. of peak torque, and the 5.7-liter DOHC i-Force V8 produces 381 horsepower and 401 lb.-ft. of peak torque, in both gasoline and "Flex Fuel" variants. Both V8's come standard with a six-speed electronically controlled automatic transmission. All Tundra engines feature an aluminum cylinder block and DOHC heads, along with Dual Variable Valve Timing with intelligence (VVT-i) for a broad torque curve and optimized efficiency.

The SR and SR5 grades will ride on 18-inch styled steel wheels, while the Limited, Platinum and 1794 Edition will ride on all-new 20-inch alloy wheels specific to each grade.

Tundra remains the only full-size pickup in the segment to adhere to the SAE J2807 towing standard. When equipped with a tow package, Tundra has a maximum tow capacity of 10,400 pounds (4x2 Regular Cab).

All 2014 Tundras Feature a Number of Segment Firsts
Tundras will feature a number of segment firsts, including a new Blind Spot Monitor with Rear Cross Traffic Alert, a standard back-up camera (viewed from the audio display screen), and standard Bluetooth. Additional standard features include a 3.5-inch multi-information display in the gauge cluster.

The Platinum and 1794 Edition come standard with a 10-way power driver's seat with memory and a four-way power passenger's seat, both with heat and ventilation, power moonroof (CrewMax only), parking sonar, and Display Audio with Navigation, Entune and JBL.

Smart Stop Technology is designed to automatically reduce engine power when both brake and accelerator pedals are pressed at the same time under certain conditions, helping the driver bring the vehicle to a stop.

The redesigned 2014 Tundra will reach Toyota dealers in September. 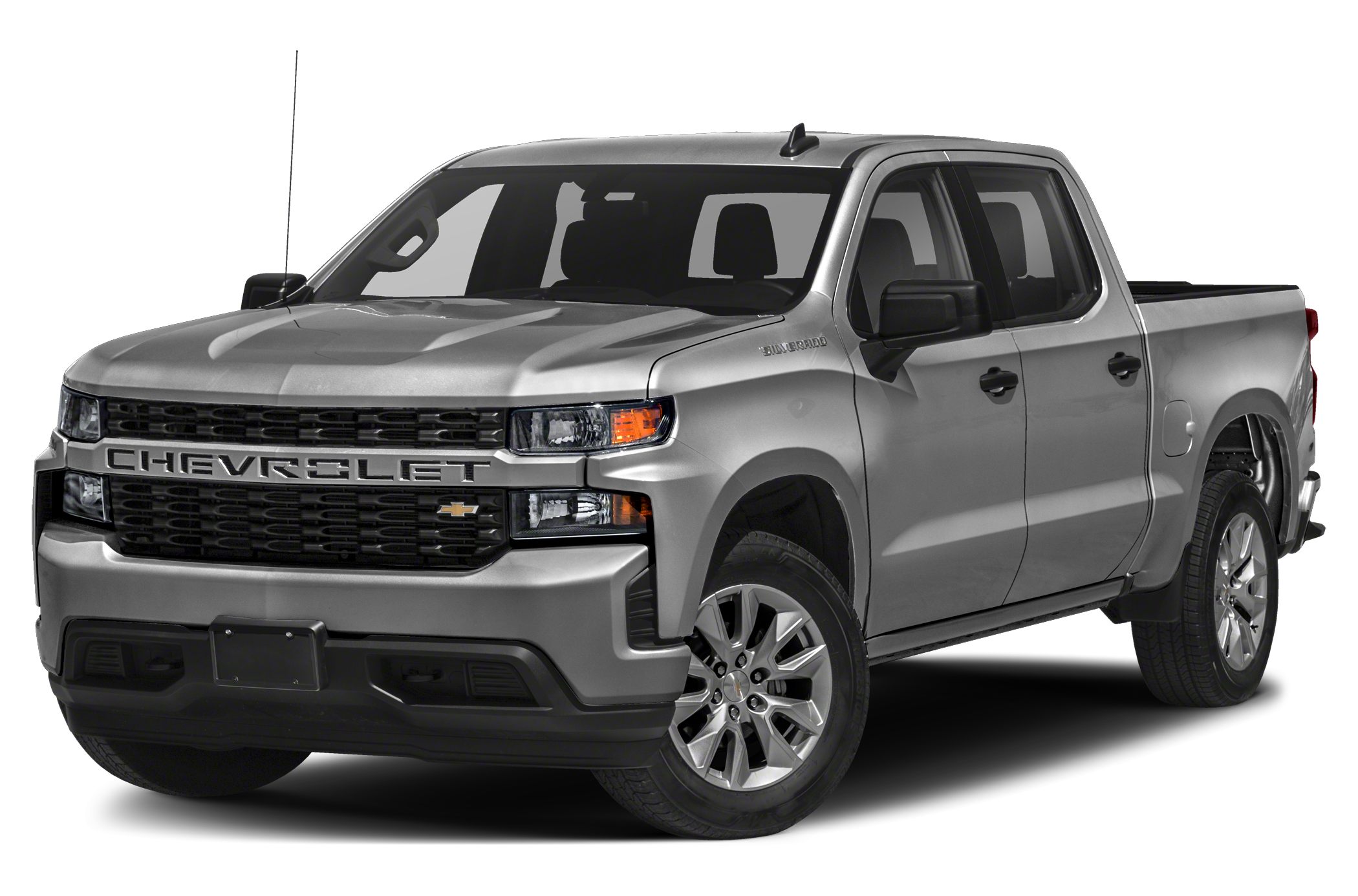 $748 - $2,014 Nat'l avg. savings off MSRP
See Local Pricing
I'm not in the market for a vehicle at this time. Please move this suggestion to the side for 30 days.
Huge Savings