Lamborghini has announced its 2013 Gallardo LP570-4 Super Trofeo racer, a version of the standard LP570-4 that has been prepped to race in the Italian company's one-make series sponsored by Blancpain.

The racing Gallardo has been revised for the 2013 season, with a new rear wing and diffuser, new wheel arches and a different livery (the Blancpain collateral is still in full effect, of course). Specification of the new car was not disclosed by Lamborghini, but expectations are that the same 570-horsepower V10 is delivering power to all four wheels.

As a refresher, the Lamborghini Blancpain Super Trofeo is a series that sees drivers competing in identical Gallardo racecars. 2012 saw a six-race series take place in Europe, and for the first time, Asia. Lamborghini President and CEO, Stephan Winkelmann, says that the Super Trofeo will eventually make its way to North America and the US, too.
Show full PR text
Lamborghini unveils the new Gallardo LP 570-4 Super Trofeo 2013


Navarra, Spain/Sant'Agata Bolognese, October 17, 2012. Stephan Winkelmann, Automobili Lamborghini's President and CEO set out a bold vision for the ultimate one make series Lamborghini Blancpain Super Trofeo at the final round of the European series in Los Arcos, Navarra.

Flanked by the company's Research & Development Director and Head of Lamborghini Motorsport, Maurizio Reggiani, the pair outlined how the series has significantly expanded its grid, inaugurated a successful championship in Asia, provided a fertile environment for guest and VIP immersion in the Lamborghini brand, and had built a significant following through traditional and burgeoning social media. The Lamborghini executives were joined by Alain Delamuraz, Vice President and Head of Marketing, Blancpain, the series' principal sponsor.

While summarizing the successes Super Trofeo had recorded over the past twelve months, the press conference in the Atalaya Centre at the Navarra race circuit provided the stage to unveil the series' 2013 race car, the new Gallardo LP 570-4 Super Trofeo.

As outlined by Maurizio Reggiani, the 2013 Gallardo is based on the proven chassis and mechanical platform of its predecessor, but takes a significant step forward following extensive aerodynamic re-profiling of the surface geometries and the addition of adjustable aerodynamic devices, including an all-new ten-position rear wing.

The net benefit of this significant aerodynamic upgrade is 120% improvement in aerodynamic efficiency over the Gallardo's 2012 model. With re-modelling of brake ducts, the new Gallardo LP 570-4 Super Trofeo achieves a 50% improvement in thermal performance with improved front brake cooling, while better balance and dynamic performance is achieved by increasing downforce by 128kg in low downforce set up and 160kg in high downforce trim.

While the racing technology advances, Mr Reggiani emphasises that the Gallardo provides an efficient and cost-effective platform for customer racing. "We have taken a significant step forward with the aerodynamic performance of the new Gallardo LP 570-4 Super Trofeo, but still the car stays true to our core principles. We believe that it is important to evolve the car, while ensuring Super Trofeo remains an attractive series in which to compete."

As Automobili Lamborghini looks to 2013 – its 50th anniversary year – Super Trofeo has grown into one of the company's foremost platforms for communicating its brand heritage. Having set out in 2009, the 2012 season has seen up to 20 cars contesting races at the best European tracks, featuring drivers from ten different nations and providing a level playing field in which no less than eight teams have shared the honours of claiming a pole position this season. 2,500 guests have been entertained in driving academies, passenger laps and parades or enjoyed the sumptuous and unique hospitality environment of the Lamborghini Village. With 129 million households across Europe following the action courtesy of Eurosport – including the appearance of guests from Valentino Rossi to Adrian Newey and 70,000 fans following Super Trofeo through social media channels, 2012 marked the waypoint to extend the formula to other markets.

Along with valued partner, Blancpain, Lamborghini launched the Asian Super Trofeo in 2012, and four of the six races this season have taken place. The results in only its first season have been truly remarkable, with 480 media attending races from key markets including Japan, China, Malaysia, Thailand, Singapore, Hong Kong and India, and more than 2,200 guests entertained in the Asian expression of the Lamborghini Village.

The huge engagement of Lamborghini customers, press and the public alike has been remarkable, delivering for instance over 6 million page views of a dedicated Super Trofeo page on sina.com in the heart of the expanding Chinese market and regular highlights on CCTV reaching 560 million households.

Alain Delamuraz, Vice President and Head of Marketing, Blancpain said, "The union between Blancpain and Automobili Lamborghini is one founded upon the shared values of precision, accuracy and technical excellence. The Lamborghini Blancpain Super Trofeo is the manifestation of these shared values, a series that grows and improves every year. I am delighted that 2013 will take the series further than ever before in the continuing pursuit of excellence."

All participants who have participated in the 2012 Lamborghini Blancpain Super Trofeo European series will be offered the opportunity to attend a two day official test prior to the start of the 2013 Championship. The test will take place on the 19th and 20th of March, 2013, in Vallelunga, Italy.

Stephan Winkelmann confirmed that Automobili Lamborghini are planning to expand the Super Trofeo series into other markets, such as the USA.

The Lamborghini Blancpain Super Trofeo series in Europe and Asia form a critical staging post in Lamborghini's motorsport strategy which connects the Lamborghini Academy to GT3. And while Trofeo goes from strength to strength, so too has 2012 delivered impressive results in senior motorsport.

Drawing the review of 2012 and the exciting plans for 2013 to a close, Stephan Winkelmann said, "Motorsport is at the essence of what Lamborghini stands for, and the great affinity for our marque deserves to be represented though racing to deliver the emotional engagement that really connects the spirit that exists in every one of our cars, whether created for the road or the track."

He concluded, "We are delighted that the Lamborghini Blancpain Super Trofeo has been such a success in Europe and Asia. We would like to thank our partners at Blancpain, our many customers who race with us and the media and the public that give us enormous support. In return, we will strive to improve the car, the series and all of the essential ingredients that will underline our future success."


About Blancpain: Over 275 years of tradition in motion

Founded in 1735 by Jehan-Jacques Blancpain, the watch brand bearing is name is the oldest in the world. Blancpain is currently engaged in a long-term commitment to the renewal of mechanical watchmaking and to passing on exceptional expertise from one generation to the next through constant investment in human resources, production facilities and research.

From the creation of components through to watch design, Blancpain is distinguished by its ability to develop exceptional movements. Over the past seven years, the Manufacture in Le Brassus has indeed developed no less than 22 new calibres.

Through its various models, Blancpain preserves its heritage of precision and elegance, while also displaying an innovative and occasionally provocative spirit. Its range encompasses the daring L-evolution line, the legendary Fifty Fathoms diver's watch, as well as the classic Villeret collection and the Blancpain Women models.

While remaining loyal to its fundamental values, Blancpain quite naturally associates with the world of fine automotive mechanical engineering, since the key values of precision, reliability and sturdiness are required and shared by both cars and watches.

The bezel, caseback, dial and even the cap of the folding clasp are all made of carbon fibre and represent technical accomplishments vividly reflecting Blancpain's innovative strength. To highlight the sporting nature of the new L-evolutionR, a digital font displays the large date as well as the 3 and 9 o'clock numerals, while the shape of the pushpiece at 8 o'clock resembles a fuel tank cap.

When the chronograph is in action, the movement with its column wheel and vertical coupling-clutch ensures excellent precision. Two major horological complications offer additionally useful functions: the split-second chronograph enables a split-time read-off, while the flyback function serves to instantly reset and restart the chronograph. The black alcanatara strap is equipped with carbon fibre inserts evoking the latest technological evolutions in racing car design. 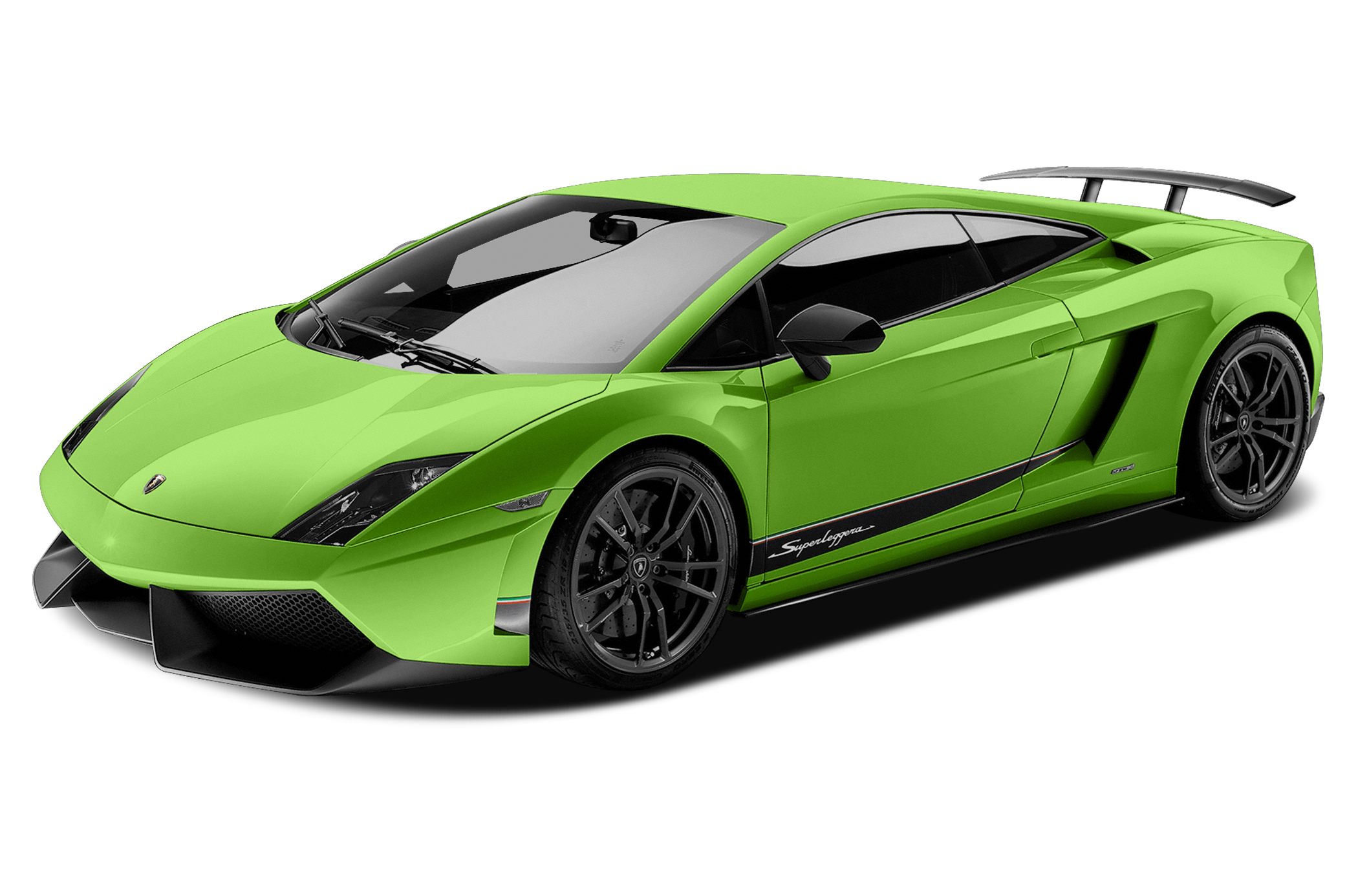