Hyundai showed off its Elantra-based Zombie Survival Machine at this year's Comic-Con. The coupe was penned by none other than Robert Kirkman, the creator of the now-famous The Walking Dead series and features a spike-laden cow-catcher plow up front. Aggressive spiked-tires, armored windows and plenty of lighting also help set this Elantra Coupe apart from the more pedestrian production models. Hyundai partnered up with Kirkman to celebrate the 100th issue of The Walking Dead comic, and the duo turned to Design Craft for the actual fabrication. That's neat and all, but the Korean automaker went the extra mile for Comic-Con goers.

Visitors to the automaker's booth could slip inside to have their photos taken, and limited-edition illustrated "owner's manuals" were also on hand to detail exactly how each of the Coupe's features could be used to thwart walkers. You can head over to HyundaiUndead.com for more information and be sure to take a look at the full press blast below.

And, for those who just can't get enough death, we've also included a couple videos showing the car's debut to Walking Dead fans.

COSTA MESA, Calif., July 12, 2012 – Much to the dismay of zombies around the world, a Zombie Survival Machine was unveiled last night at San Diego's Comic-Con. The customized Hyundai Elantra Coupe Zombie Survival Machine, designed by The Walking Dead creator/writer Robert Kirkman and fabricated by Design Craft, was revealed on the Comic-Con floor at the Future US booth.

Hyundai's Zombie Survival Machine showcases modifications including: a front-end custom zombie plow with spikes, armored window coverings, a roof hatch to allow passengers to fend off attacking walkers, a trunk full of electric and pneumatic weaponry, front and back end floodlights, spiked all-terrain/rally type tires, a CB radio system and much more. Fans can view a series of behind-the-scenes videos that detail the creation of the Zombie Survival Machine and showcase the car build from start to finish at HyundaiUndead.com and on Skybound.com

"Our custom Elantra Coupe Zombie Survival Machine is the ultimate car for The Walking Dead fans and anyone who wants to survive a zombie invasion," said Steve Shannon, vice president of Marketing, Hyundai Motor America. "We are excited for fans to come and experience the Elantra Coupe and GT in a unique, post-apocalyptic way."

Robert Kirkman's Eisner Award-winning comic and best-selling graphic novels, The Walking Dead are the talk of Comic-Con already. "Working with Hyundai on this Zombie Survival Machine was a total blast and I am excited to share this stunning vehicle with all the fans," said Kirkman.

Comic-Con attendees will be able to take pictures with the Zombie Survival Machine at the Future US booth, and get inside the vehicle to check out all of the features, including a limited run illustrated owner's manual that walks drivers through the machine's unique features and prepares them for the gruesome realities of the zombie apocalypse. The booth will also feature a Zombie Target practice area and a zombie costume contest.

Visit HyundaiUndead.com to learn more and see all the details at Skybound.com. Enter for a chance to win a 2013 Elantra GT at HyundaiUndead.com, the Skybound booth or the Future US booth at San Diego Comic-Con. Attendees are encouraged to tweet about their experience using hashtag #HyundaiUndead. 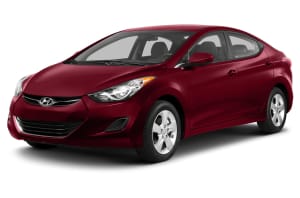