David Kiley
The Hyundai Veloster has been a bit polarizing since it went on sale last year. And the debate could get more animated if the Korean company does what we think it's thinking about doing.

At a recent gathering of reporters and Hyundai executives in Ann Arbor, MI, where the annual Rolling Sculpture Car Show takes place every summer, we asked Hyundai Motors America chief John Krafcik what he planned to bring this year (the college town is also home to Hyundai America Technical Center). Last year, they showed off the new Veloster.

Redone Azera? New Santa Fe? Neither seems appropriate for the tone of the event. So, we threw this out: "How about chopping the top off the Veloster and see the reaction?"

Krafcik and PR man Jim Trainor started trying to make poker faces, indicating to us that we may well have stumbled on to a future project, Rolling Sculpture or no. But we aren't sure.

Some thought the Veloster was an answer to a question that nobody had been asking, but the unique coupe is proving to be a great sales and image success for Hyundai. Krafcik has shown a great instinct for design and engineering the Hyundai lineup to successful heights: redesigns of the Sonata, Elantra, Accent and now Santa Fe. He also had a lot to do with the cleanup of the Azera, and, of course, the Genesis and Genesis Coupe. A former product development executive at Ford, it's hard to think he would not be the current product development chief in Dearborn had he stayed, and not been scooped up by Hyundai a decade ago.

Hyundai's sales have been supply constrained on many of its models, including the Veloster. Given a finite supply of Veloster models that it can source from Korea, Krafcik plans to emphasize production of the upcoming Turbo model. That strikes us as a smart move.

We're excited about the turbo, but we couldn't resist asking a rendering artist to imagine the Veloster sans roof. What do you think? Is topless a good thing in this case? 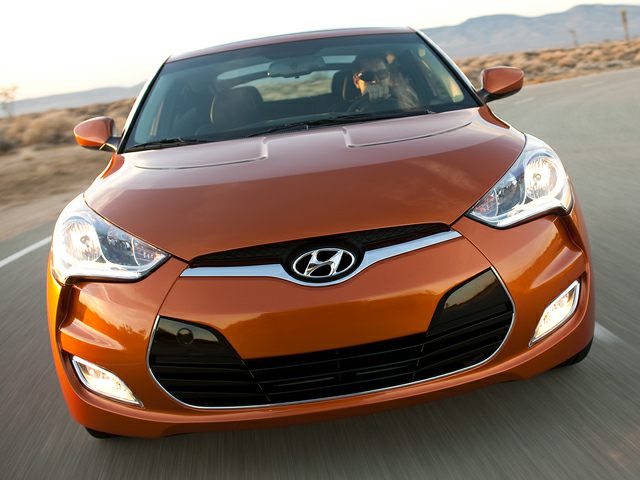