John Neff
Toyota has just released a teaser image of what it says is an all-new, designed-in-America sedan that will debut at the 2012 New York Auto Show next week. It isn't immediately clear if the vehicle will be a concept or production car, but Toyota has issued no showcar qualifiers, suggesting it's something that will be in dealers soon. Described as having "an elegant yet athletic look," the teased rear end most likely belongs to the next-generation Avalon full-size sedan.

While we can't be sure until the wraps are removed in New York, the Avalon is our best guess based on descriptions of the redesigned Avalon from Toyota dealers who were shown it last year in June. The dealers drew comparisons between the redesigned Avalon and upscale cars like the Audi A7 and Jaguar XJ, suggesting it will transition from a traditional sedan to a four-door coupe shape. The teaser image provided today by Toyota supports this, showing a severely sloped C-pillar and little-to-no rear deck. And while the cut lines for the trunk aren't visible in this rendering, we wouldn't be surprised if that's a hatch.

Toyota's new sedan, whatever it is, will makes its worldwide debut on April 5 at the New York Auto Show. We'll be there covering it live, so keep your computer tuned to Autoblog for more.
Show full PR text
Toyota to Debut a Stunning U.S.-Designed Sedan at the 2012 New York International Auto Show

Media and the public will have the opportunity to participate in a live-streaming video chat with the designers of the new sedan by submitting questions via Twitter and Facebook with the #ToyotaDesign hashtag. The Toyota Design Live chat is scheduled for 2 p.m. EDT on April 5, 2012 and hosted on http://www.facebook.com/toyota. 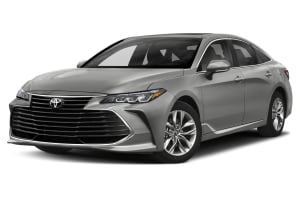 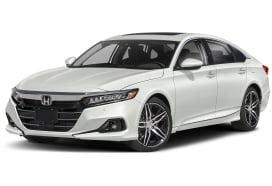 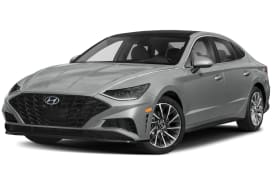 $109 - $109 Nat'l avg. savings off MSRP
See Local Pricing
I'm not in the market for a vehicle at this time. Please move this suggestion to the side for 30 days.
Huge Savings