Noah Joseph
Think the "standard" Rolls-Royce Phantom is expensive at $380,000? Try $1.2 million on for size. That's how much the latest special-edition Phantom was going for, but the astronomic price tag hasn't prevented the (* ahem*) Rolls-Royce of automakers from selling every last one.

The model in question is the Year of the Dragon edition, which was first released just this past August. It features a range of special touches – from a gold-colored "coach line" (that being a pinstripe down the flank) to dragons inlaid in the wood and embroidered into the leather – all aimed at marking the new year on the Chinese calendar.

Rolls-Royce isn't saying exactly how many it sold, but apparently the entire allotment was spoken for within two months of the vehicle's launch. The sales are expected to boost the skyrocketing figures Rolls-Royce posts in China, whose number of millionaires has now risen to third worldwide behind the United States and Japan. As a result, Rolls-Royce reportedly plans to add another ten dealerships to its current network of 14 in China by the end of 2011.

We've yet to see exterior shots of the vehicle – limited as we were previously to some close-ups of the unique touches applied to it – but with news that the special edition is completely sold out, we've added a few more photos to our high-res image gallery. 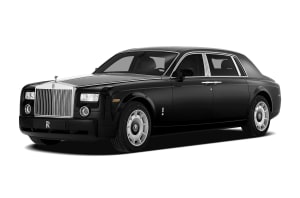