Autoblog Staff
Toyota may be hard at work on a new version of the company's iQ microcar. The sleuths at Carscoop have managed to uncover a patent rendering of the fuel-sipping sub-compact wearing some considerably more aggressive bodywork. It's unclear whether these designs are meant for the U.S.-market iQ or its Toyota-badged twin, but we're more than a little intrigued by the vehicle's widebody treatment.

The kit looks to include a reworked front fascia and wheel arches along with a new rear valance that includes a diffuser and space for dual exhaust outlets. A massive rear spoiler looks to be part of the package, as well, along with side skirts to match the rest of the bodywork. What does Toyota have planned with this pint-sized bruiser? Your guess is as good as ours, but here's hoping we hear something concrete from the company soon. Head over to Carscoop for additional renderings. 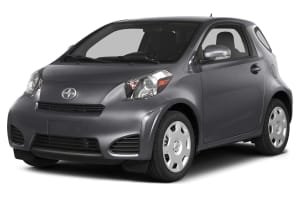