The Volkswagen R performance sub-brand isn't just a niche cog in the massive machine known as the Volkswagen Auto Group. If R GmbH's heads are to be believed, it's an instrumental component of the German automaker's push to offer something for everyone. And after speaking with the two men shepherding R into the future, it appears that good things are on the way.

With the Golf R set to go on sale in the U.S. early next year and R-branded performance parts already proliferating throughout VW's core products, Ulrich Riestenpatt gt. Richter, R's Executive Director, and Dr. Hendrik Muth, R's marketing head, are looking to the future. Fortunately, they were thoughtful enough to provide Autoblog with a small glimpse into what's on the way.

"The future is diesel and all-wheel-drive," Richter told us on the floor of last week's LA Auto Show. That could mean that the next great performance offering from VW R could come in the form of an AWD diesel hatch – essentially an oil-burning Golf R. Further, Richter contends that he can make an R version of any vehicle in the VW stable, so don't be surprised to see a Passat R in the coming years and the Beetle R getting the green light.

Just as telling, Richter says that while hybrids have their place (VW will be introducing a Jetta hybrid at the Detroit Auto Show), the fuel savings of hybrid-electric systems pale in comparison to weight reduction. "You can get the same efficiency [as a hybrid] by dropping 100 kilos," Richter admits, but the high cost of advanced composites – namely carbon fiber – is still too high. So that means more aluminum is on the way, and partnered with a high-performance diesel powerplant, enthusiasts should be able to have their tire-shredding cake and eat less at the pump in the process. 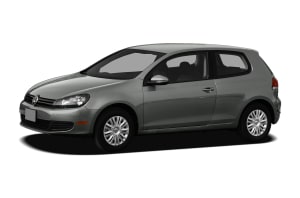