When society finally crumbles and the human race vanishes from the face of the Earth, the cockroaches will still be passing around certain automotive rumors. Their antennae will twitch with whispers of an independent-rear-suspension Mustang and a mid-engined Chevrolet Corvette. Now it appears that they'll have a new story to chew on. The rumor of the V10-powered Lexus GS simply refuses to die off. Autocar reports that Lexus has its eye on crafting a BMW M5 fighter, and that the vehicle will boast none other than aversion of the snarling V10 found at the heart of the Lexus LFA.

Don't get us wrong. The mere thought sends our saliva glands into overdrive, even if hopped-up GS would come packing 4.6 liters instead of 4.8 as Autocar suggests. The report claims that the reduced displacement would yield around 450 horsepower. Don't get too excited, though. All of this rumor-stoking appears to be based on the sole fact that shadowy figures inside Lexus have said that the company "would love" to build a high-performance V8. That's far from being carved in stone. 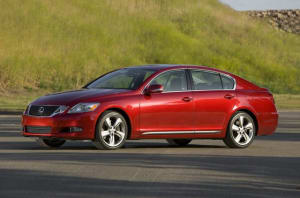