BMW Alpina B6 Biturbo Convertible to breeze into Frankfurt

Alpina is adding a ragtop BMW 6-Series to its lineup of muscle-bound Bavarians. Set to debut in Frankfurt, the 2012 BMW Alpina B6 Biturbo Convertible should have enough muscle to hustle to 60 in just 4.8 seconds. The big droptop packs 507 hp and 516 lb. ft. of torque thanks to a twin-turbo V8.

Alpina also says the car is capable of running north of 190 mph, but has limited the production version to the de rigeur 155 mph.

Pricing hasn't been announced, but expect the number to be well clear of the standard 650i convertible's $90,500 starting point. 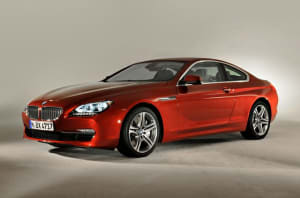