BMW considering bringing 5 Series Touring back to U.S., V12 to soldier on with hybrid

Damon Lavrinc
The 5 Series Gran Turismo hasn't met its lofty sales expectations in the United States, so BMW is considering bringing the 5 Series Touring back to our shores.

Although nothing is set in stone, Autoblog has learned that the possibility of the wagon making a reappearance on U.S. soil is back on the table. While sales of the 5 Series GT haven't been particularly robust, the model has managed to outsell the previous 5 Series Touring since its arrival last year – this, despite its lukewarm reception and controversial appearance.

We've also been informed that the twin-turbocharged 6.0-liter V12 currently fitted to the 760Li won't shuffle off this mortal coil anytime soon. Instead, BMW is considering fitting the massive mill with its ActiveHybrid system to boost fuel economy and performance. We could see this electrically augmented 12-cylinder unit within the next three years in both the 7 Series flagship and future Rolls-Royce vehicles. 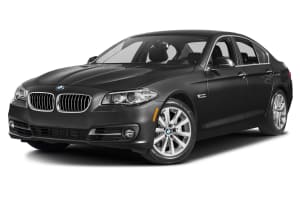