The 2011 Frankfurt Motor Show is just around the corner, where Bentley is set to reveal its brand-spanking-new Continental GT Speed. Our intrepid spy photographers caught this Conti prototype out on the street completely uncovered, meaning there's little left for us to speculate about before the supercoupe's debut.

The Speed model is set apart from its kin by a more aggressive lower fascia and different exhaust outlets, but don't let the subtlety fool you – the real story is what's under the hood. Mum's the word on exactly what we can expect in terms of power, but seeing as how the last Continental GT Speed produced 600 horsepower, you'd be right to expect numbers north of that for the new one.

We'll have the full details come mid-September, if not sooner... 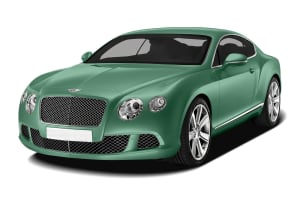