It's been a while since we've heard anything about the Mercedes-Benz SL-Class. That could be because the current model dates back to 2003, undergoing the facelift we know today back in 2008. But now we've got news, and it's a mixed bag of good and bad.

The bad news first: word is, Mercedes is discontinuing the twelve-cylinder versions of the SL. The SL600 was the first to be phased out, and now it appears the SL65 AMG is getting the axe as well. There's no word yet on whether or not that includes the hardcore, fixed-roof SL65 AMG Black Series.

The good news, however, is that phasing out of the V12 roadsters could signal the imminent arrival of the next-gen SL. That's expected to show up sometime next year as a 2013 model, and will come as good news for SL buyers as the current model has lived longer than anything in the Mercedes-Benz range this side of the Geländewagen. 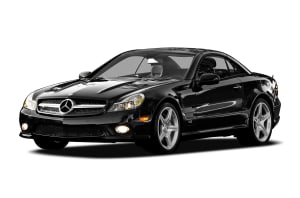