The 2012 model year marks the end of the sub-$10,000 new car here in the United States, but Nissan is still committed to offering a bargain price for shoppers looking for purely basic transportation. The 2012 Versa subcompact has officially been priced, and the base 1.6 S 5MT model will only set you back a cool $10,990. And unlike the sub-$10K Versa that came before it, the new 2012 model comes standard with both air conditioning and an AM/FM/CD/AUX stereo.

Of course, more lavishly appointed Versa models are available, starting with the 1.6 S CVT at $12,760, the 1.6 SV CVT at $14,560 and the 1.8 SL CVT at $15,560. Nissan offers a host of optional equipment throughout the Versa range, including Bluetooth, XM satellite radio, a touch-screen navigation system and USB input for iPod/MP3 devices. Hit the jump for Nissan's official release.
Show full PR text
NISSAN ANOUNCES U.S. PRICING FOR ALL-NEW 2012 VERSA SEDAN

The new 2012 Versa Sedan is available in three models – 1.6 S, 1.6 SV and 1.6 SL – and is scheduled to go on sale at Nissan dealers nationwide in early August. Manufacturer's Suggested Retail Prices* (MSRP) for the 2012 Nissan Versa Sedan models include:

About the 2012 Nissan Versa Sedan

The 2012 Nissan Versa Sedan is designed to redefine compact car value – giving buyers everything they want and need in one stylish package, including the utilization of smart technology to create a next generation eco-drivetrain delivering responsive performance, high MPG and lower CO2 emissions***.

The all-new front-wheel drive global "V" platform, designated "V" for Versatile, utilizes nearly 20 percent fewer platform components and weighs around 150 pounds less than the previous "B" platform. The second-generation 1.6-liter HR16DE 4-cylinder engine includes a range of cutting-edge technologies, making it one of the most advanced powerplants in its class. For example, the new Versa Sedan engine is equipped with two streamlined injectors mounted near the inlet valve for each cylinder. This dual injector system allows a wider injection of fuel, with the smaller nozzles delivering a finer spray (approximately 57 percent finer than the previous generation single injector design's particle size) to help achieve more complete combustion.

The new compact, lighter weight engine also utilizes a twin Continuously Variable Timing Control (CVTC) system mounted on both intake and exhaust ports (conventionally mounted only on the intake port), similar to the system used on the flagship Nissan Maxima. The engine is rated at 109 horsepower and 107 lb-ft of torque.

The 2012 Versa Sedan is available with a 5-speed manual transmission (1.6 S model only) and with a next-generation Xtronic CVT™ transmission. The CVT allows continuous change of the transmission gear ratio by connecting the two pulleys with a metallic belt and changing their diameter by using hydraulic pressure. This new CVT design adds an auxiliary gearbox using planetary gearing, helping enhance efficiency. It also features a transmission ratio of 7.3:1, which is broader than those of conventional CVTs and even typical 7-speed automatic transmissions. The result is fuel economy for the 2012 Versa Sedan estimated at 30 mpg City, 38 mpg Highway and 33 mpg Combined with the CVT transmission (27/36/30 mpg with the 5-speed manual transmission).

The 2012 Nissan Versa is also available in a 5-door Versa Hatchback version, which receives only minor refinements for the new model year. It is scheduled to go on sale July 17, 2011. Full information and pricing will be available at that time on NissanNews.com. 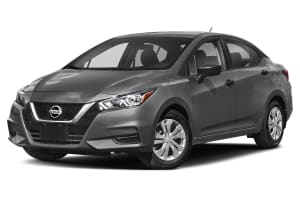 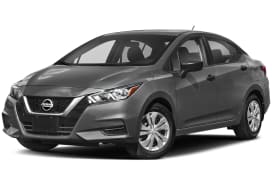 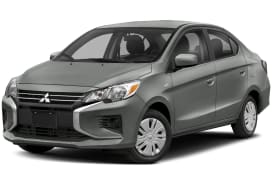 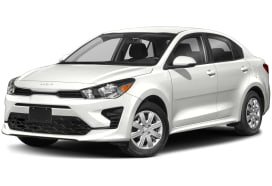