The Chevrolet Sonic is set to being production in August, but Automotive News reports that a supplier issue could affect the launch's timing. LINC Logistics Co., which employs about 125 workers at the Orion assembly plant that will build the Sonic, is struggling to come to an agreement with employees at the facility. The LINC workers recently agreed to join the United Auto Workers, and now the blue collar bunch is looking for more money than the reported average of about $10 per hour. UAW workers employed by General Motors commonly make between $14 and $28 per hour.

Since the UAW and LINC have yet to agree to a contract, the workers on Wednesday took a strike authorization vote. If the vote passes, the workers – who perform logistics and parts sequencing duties – could potentially disrupt production.

While a strike would most certainly be an unwelcome turn of events for The General, AN reports that GM spokesperson Kim Carpenter says the automaker doesn't anticipate that the issue will affect the Sonic launch.

UPDATE: According to a new report from Automotive News , Orion Assembly Plant workers voted to authorize a strike, meaning union leaders can call for a work stoppage during negotiations. Of the 88 workers who voted, 98 percent of them were in favor of authorizing a strike. GM spokeswoman Kim Carpenter says that the automaker still does not expect this strike to affect the Sonic launch. 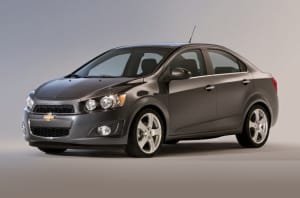