If you read the reports of Aston Martin shifting production of its Rapide from its Magna Steyr contract facility in Austria to its own plant in England, and wondered how the company could absorb another assembly line, we could have our answer right here.

According to reports, Aston is preparing to significantly cut production of the Rapide in response to lagging sales. The four-door Aston was planned in 2007 for 2000 units per year, but shortly after that, the global luxury market collapsed, and sales prospects for the four-door coupe began to dwindle.

As a result, production of the Rapide could be reduced to just 1,250 units per year, or even further. And if one model's sales are dwindling, we might assume that some of the others – such as the Vantage or DB9/ DBS lines – could be cutting back production as well, leaving excess capacity at the company's headquarters in Gaydon, Warwickshire.

Whether demand is there or not, sources estimate that the premature termination of the Magna Steyr deal could end up costing Aston as much as £10 million – that's over $16 million at current exchange rates. 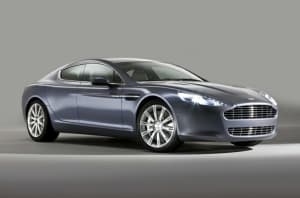