Imagine dumping $100,000 into a 2010 Chevrolet Camaro, building a 485-cubic-inch engine topped with a Kenne Bell supercharger and adding coilovers to all four corners, only to learn that your hot rod wasn't different enough. Such a scenario played out for Bill Rombauts and Dave Sherer, but instead of adding more glam to their investment, the two took a decidedly different approach.

The two decided to turn their $100K Camaro into a rat rod, essentially beating down the pony car over the course of a week to make it look worse for wear. The result is a new-world beater that boasts some serious buzz right in time for the Hot Rod Power Tour, but before this rat rod hit the circuit, it spent some time on the dyno.

Beyond the jump is video of the Patina'd Camaro as it hits the dyno. The Kenne Bell-supercharger equipped engine, which boasts 16.3 pounds of boost, gives this beat down Camaro an impressive 804 horsepower and 765 pound-feet of torque to the rear wheels. That should be enough pop to make this Camaro a real hand full at the local drag strip, and we're guessing it will attract a bit of attention on the Power Tour. Hit the jump to watch the video for yourself, if only to hear what 16.3 pounds of boost sounds like at WOT. Thanks for the tip, Paul! 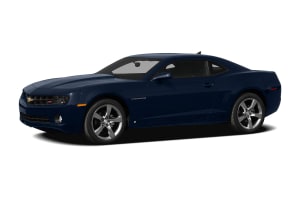