Buy the book: Weighing the benefits of new versus CPO

New or pre-owned? That is the question.

As with most things fueling the US economy, 2017 is proving very interesting for the auto industry. With annual sales volume cut almost in half by the economic downturn in 2009 and 2010, the last few years have seen new car and truck sales rebound to around 17,000,000 per year, a robust figure that most experts agree cannot last. But many carmakers want to maintain that sales rate, attempting to perpetuate those volumes even when actual consumer demand mandates a lower figure. This push for new sales necessitates a greater focus on pre-owned sales, including the selling of certified pre-owned (CPO) cars, trucks and SUVs.

We’ve compiled an inventory of options, new versus CPO, at a variety of price points. ‘New’, of course, gives you all of the benefits of first-time ownership, but also saddles you with the vehicle’s initial depreciation – typically calculated at almost 30%. In virtually all certified pre-owned programs, the manufacturer and its partner/dealer complete a comprehensive inspection (Mercedes has 165 checks, Porsche 111), and once completed supply the car, truck or SUV with enough warranty to overcome your insecurities and, ideally, outlast your payment schedule.

Audi offers a compelling alternative to BMW and Mercedes. The brand's advanced design and quattro all-wheel drive solidify its premium status globally and make it an attractive option in the snowbelt.

The base model is Audi’s A3 sedan, which comes standard with front-wheel drive. But if you want an Audi you should pop for quattro, which brings with it a $3,000 surcharge. Adding metallic paint, leather interior and a Sport package with Sport suspension, we’re in for just under $36,000, plus destination. It’s a tight, tossable package.

While a certified pre-owned A4 is significantly less tight, it's also a little less tossable. But if that suits you just fine, a ’17 A4 with but 6,000 miles, like the one we found in suburban DC, comes with an asking price of just $36,950. That’s a $6,000 savings when compared to the A4’s $46,000 MSRP, and right in the same ballpark as its lower-mileage smaller sibling. 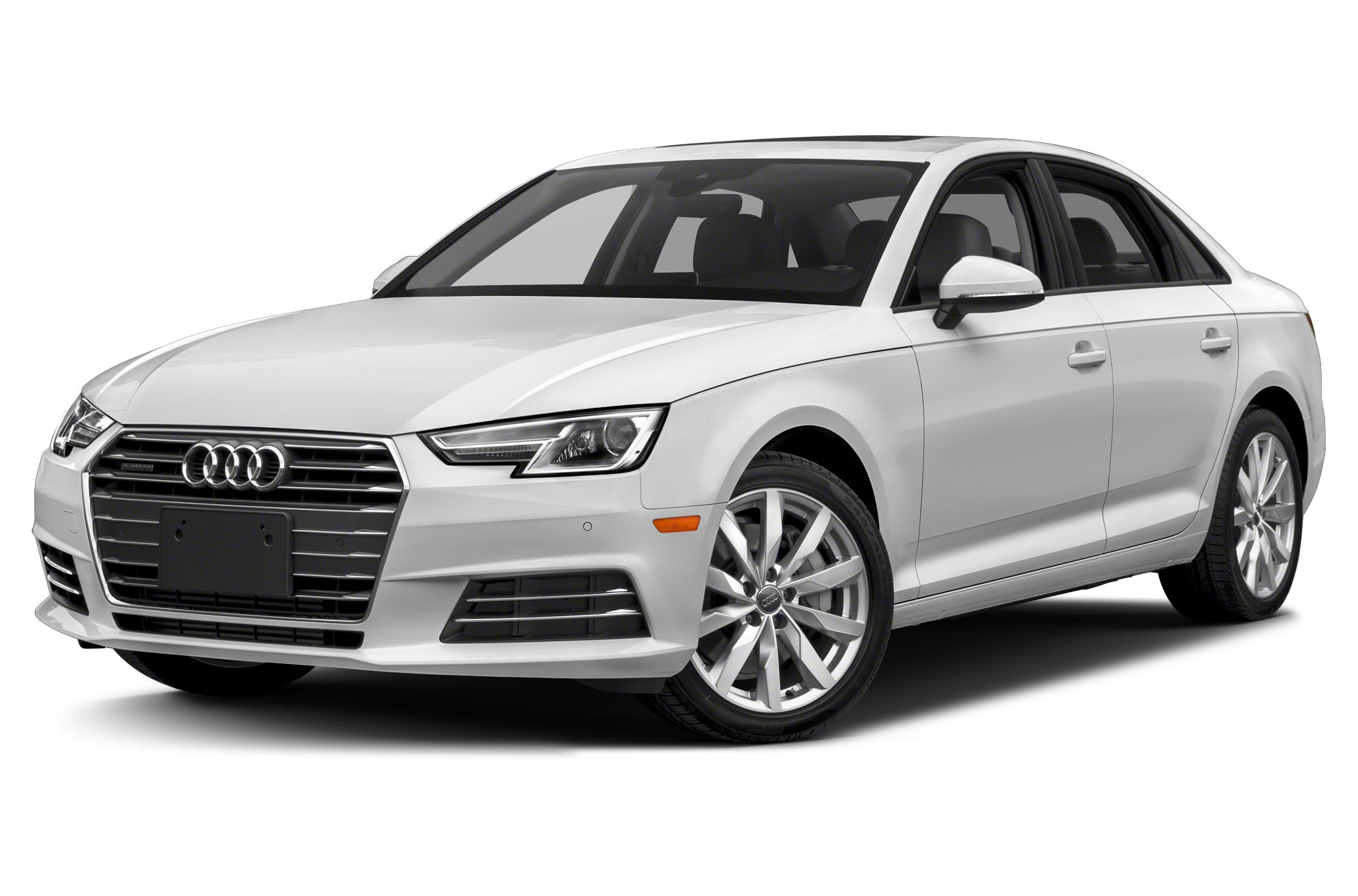 The cult of BMW was effectively established in the US with the introduction of its 2002 in the late sixties. Offered as a performance evolution of the 1600, the ’02 was everything a young, just-out-of-college baby boomer might want: a responsive platform, comfortable cabin and a backseat for the inevitable kid. Guys loved it, their girlfriends appreciated it, and Car and Driver editor David E. Davis was absolutely enthralled by it.

The 2002’s spiritual successor is the new(ish) 2 Series. We'd add to the base 230i  ($34K with destination) metallic paint, the track handling package, Terra Dakota leather, and an ‘Ultimate Care’ service policy for a just-over-$40K window sticker. Buyers can lease it for roughly $500/month.

BMW’s 4 Series, now available as either a 430i or (six cylinder-equipped) 440i, is BMW’s attempt to make the 3 Series a bit sexier with a lower roofline, more intimate interior and expressive sheetmetal. We’d opt for a 2014 435i xDrive in white, with just 9,600 miles and selling for just under $40,000. BMW’s inline six is awesome, and the 4 Series bodywork is more upscale than its smaller 2 Series sibling.

When Cadillac elected to reinvent its design language in the early 2000s, it was the then-new CTS that carried the so-called Art and Science ethos to the marketplace. Strikingly angular for a car company known at the time for its wholly conventional and completely predictable sheetmetal, the all-new CTS was nothing if not polarizing. And while the new model, now in its third generation, has made nary a dent in the sales of BMW or Benz, it has stabilized the Cadillac sales slide and provided hope of a resurrection.

Given that Cadillac window stickers look way too much like BMW or Mercedes window stickers, we’ll spec our ’17 with little more than a minimum of optional extras. A V6 makes sense in a car the size of a CTS, as does the Sapele high-gloss wood interior trim. Those options take the CTS to $55,540 – and that’s more than enough to get ‘expressive’ within Cadillac’s CPO inventory.

That inventory might include the CTS-V Coupe. Don’t ponder the Caddy’s profile. Instead, lift the hood and take a look at its supercharged V8, displacing 6.2 liters and delivering 556 horsepower. You knew it wasn’t a V6, but you may not have known it was this much V8. Two years old and with 20,000 miles, we found a CTS-V in Houston for $52,999. 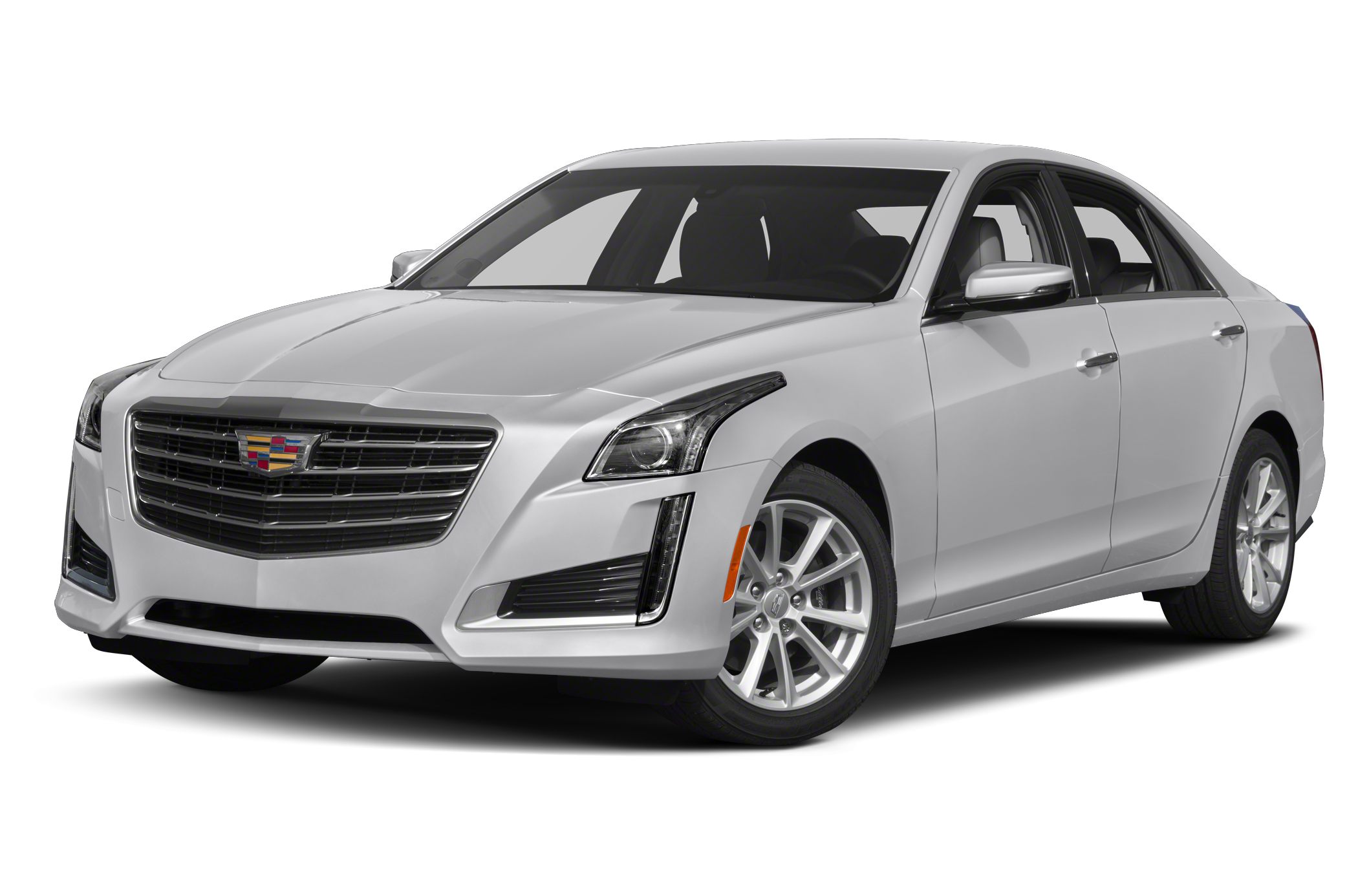 If you’ve budgeted $25,000 and still want a sedan, you should consider the Honda Accord. Although you can find a base Accord in the low $20s, we’d opt for the Accord Sport, providing you with a tad more horsepower (189 vs. 185) and more, well, ‘sport’. You’ll be limited in available colors, but the Sport is offered with a six-speed manual, and what’s more fun than that?

With everything you need standard, and a modicum of available adds from Honda, your $25,000 budget is stretched – with destination – by exactly $390. And that same money could also buy you a late-model Acura TLX or TSX.

In a move to combine the substance of Acura’s TL with the athleticism of the TSX, Acura concocted the TLX. And while most of the automotive community has yet to take notice, this is a very competent four-door sedan for an investment of between roughly $32,000 and the mid-$40s. A cheaper option is to go CPO, especially if you can find a 2015 with less than 30,000 miles for under $24,000. This one, located in Laurel, Maryland, looks to be near perfect, and a viable alternative to a new Accord. 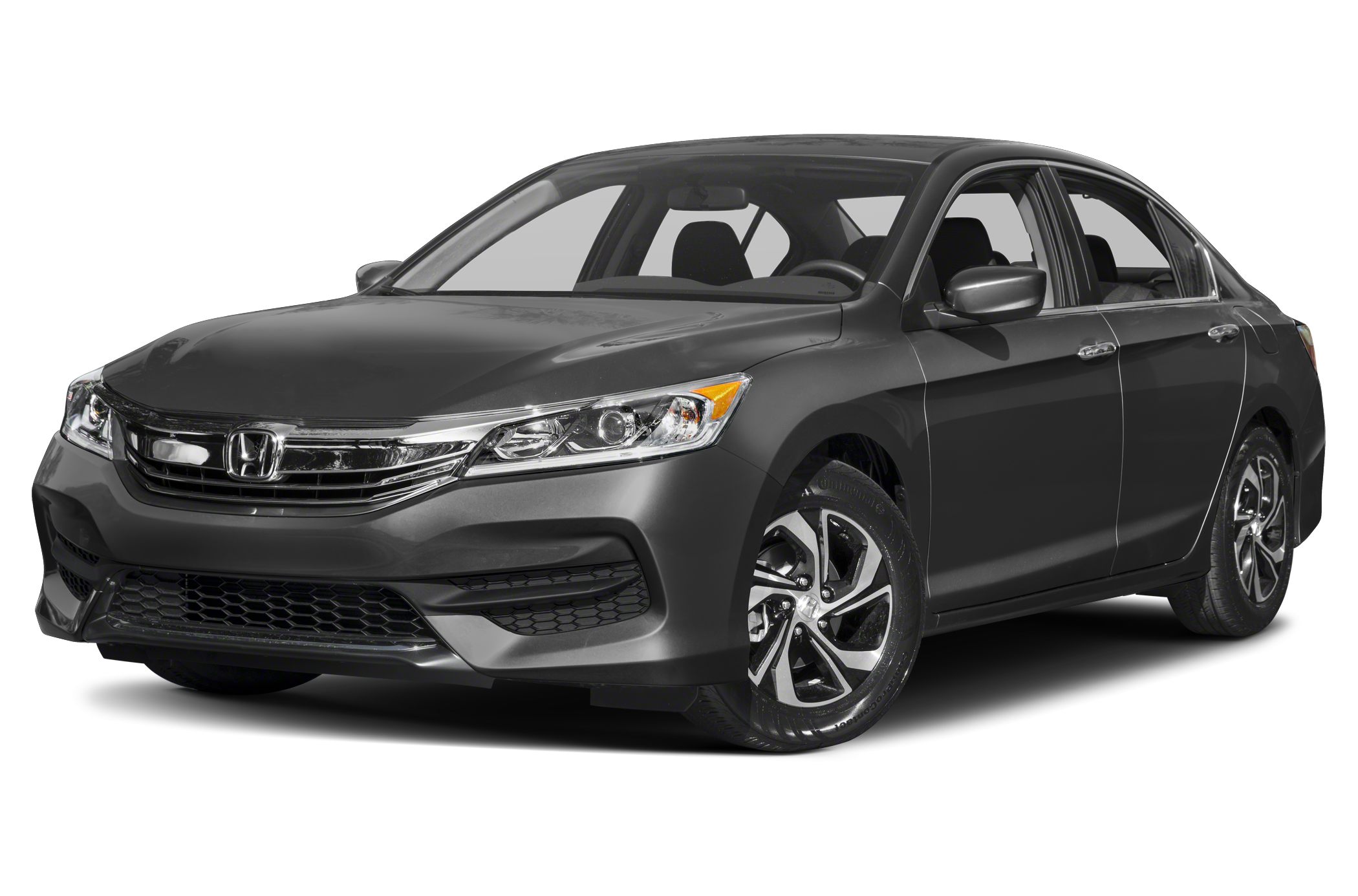 With rumors updated almost daily regarding Jeep’s all-new Wrangler, the here-and-now is dominated by Jeep’s all-new Compass, which fits price-wise between the youthful Renegade and more mature Cherokee. With a footprint closer to the Renegade, interior room close to the larger Cherokee and off-road capability via its available Trailhawk trim, the Compass looks like a viable place to put your $30,000 or, if leasing, $300/month.

With a base Trailhawk listing, including destination, for just under $29,500, we opted for leather, Jeep’s ‘Popular Equipment’ package, Safety/Security group, trailer tow package, power liftgate and panoramic sunroof. That brought the grand total to $34,110. And that will buy you a CPO Grand Cherokee, just two or three years old, offering both a bigger footprint and more capability.

Despite the rapid rise in the Grand Cherokee’s average transaction price, you can still buy a modestly equipped 4X4 Laredo for something under $35,000. Or you could buy a certified pre-owned and fully loaded 2014 Grand Cherokee Overland with under 20,000 miles for $33,999. Although V6 powered, there is virtually everything else here to go to the country (or country club) in high and highly capable style. 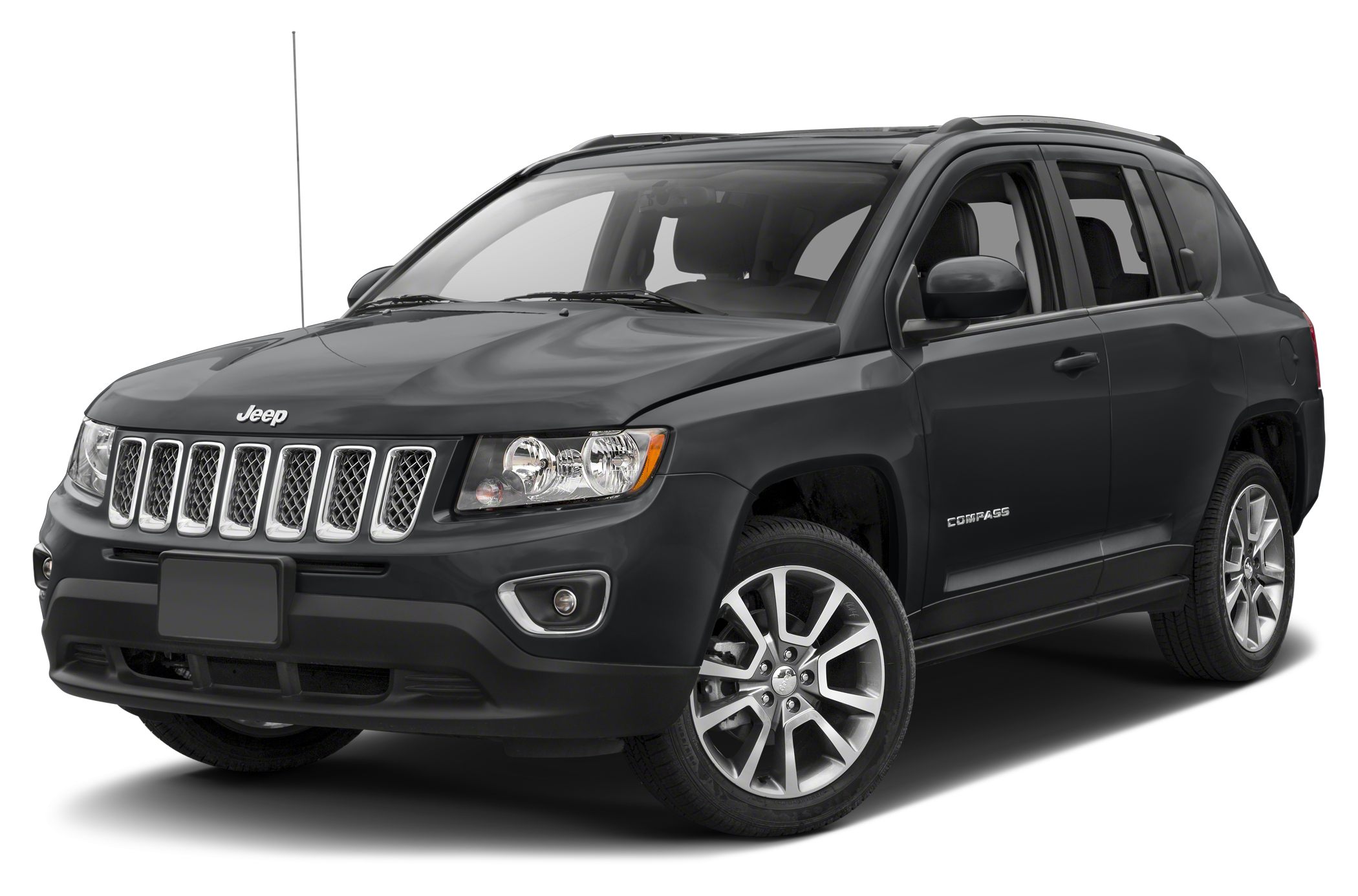 The Mercedes C-Class has grown up since its recent redesign, offering its owners a substantial increase in both room and presence. And while BMW’s 3 Series has gotten bigger and softer, M-B is instilling in the C Class a more responsive platform. These are not inexpensive cars, but pack a lot into your $40,000+ investment. Opt for ‘luxury’ spec (why go ‘sport’ when buying a C-Class?), with leather seating and the Premium 2 package, and you'll get a window sticker of $48,265.

For about the same investment, our CPO fund can acquire a 2016 E-Class 4Matic. A black example with under 11,000 miles and an asking price of just under $48,000 is offered by Bobby Rahal Motorcars in Wexford, PA. The balance of the 4-year, 50,000 mile warranty is in place, and maybe you can meet Bobby. Regardless, an E-Class is one step up in size, and the miles are, in a typical ownership cycle, irrelevant. 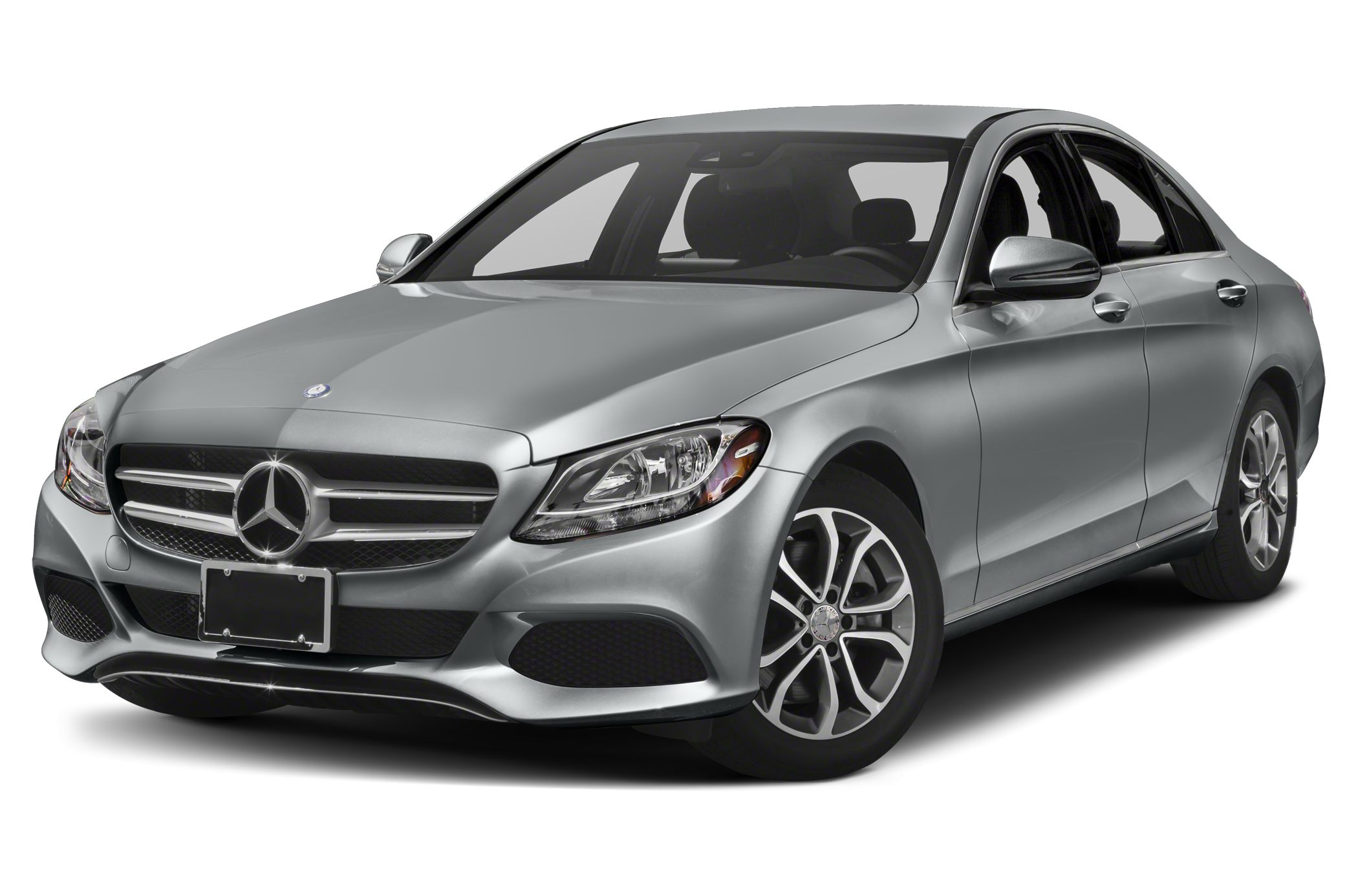 For those with a hankering for a Miata coupe, your prayers have been (almost) answered. With this year’s debut of the MX-5 Miata RF, Mazda comes close to offering a true coupe –something it hasn’t done in the almost 30 years since the Miata’s initial introduction. And Retractable Fastback sums it up, as this is more of a Targa-type offering than an actual coupe. But for those wanting the security of a hard top overhead in combination with the open-air feel of the Miata convertible, the RF does a credible job of bridging that functional gap.

Given the track-centric profile of our typical Autoblog reader, we’ll enhance the RF with Club Sport trim, the Brembo/BBS package, metallic paint and the MX-5’s interior package (bright hardware – slippery when wet!). Those additions take the Miata MSRP from under $32,500 to just over $36,500.

Regrettably, most CPO Boxsters and Caymans will be north of $40K (way north). If, however, you rationalize either choice – Mazda or Boxster – as a recreational vehicle and not your daily transport, the pre-owned Porsche (even one nearly a decade old) begins to offer a semi-rational alternative to the singularly delightful Mazda. A 2008 Boxster S, for sale in the Baltimore area, has 30,000 miles, is finished in a beautiful Macadamia brown, and is offered at just under $34,000.