Ferraris, Lamborginis, Bentleys, Rolls-Royces are spoils of a corrupt regime 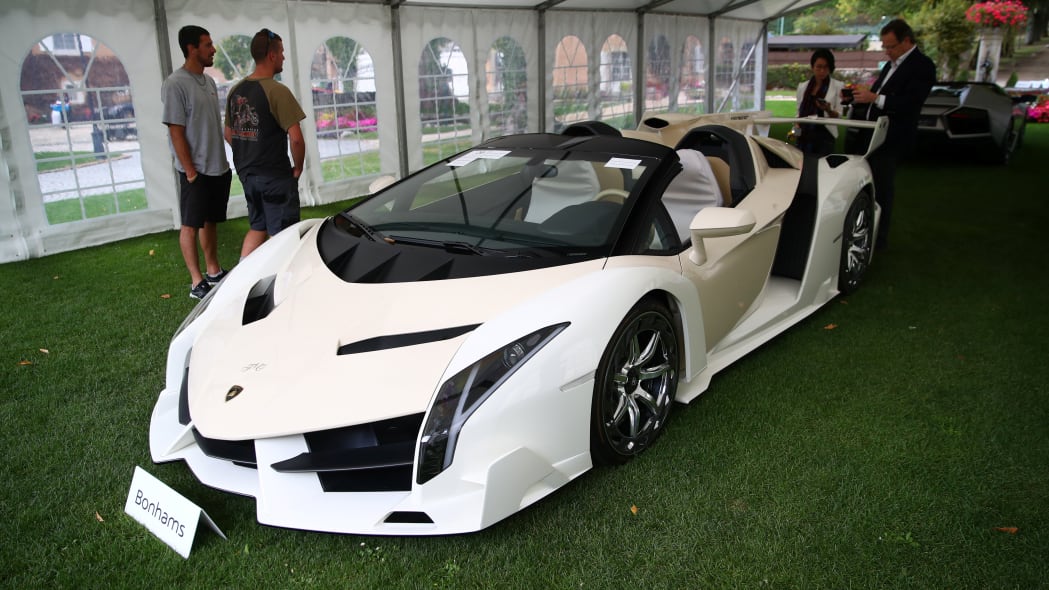 CHESEREX, Switzerland — A collection of luxury cars confiscated by Geneva authorities from a son of the president of Equatorial Guinea is estimated to fetch 18.5 million Swiss francs ($18.67 million) this weekend, Bonhams auction house said on Friday.

Swiss prosecutors said in February that they had closed an inquiry into Teodoro Nguema Obiang for money-laundering and misappropriation of public assets with an arrangement to sell the cars to fund social programs in the former Spanish colony.

Twenty-six Ferraris, Lamborginis, Bentleys, and Rolls-Royces owned by the vice president and former agriculture minister known as Teodorin are displayed at Bonmont golf and country club in the Swiss village of Cheserex, 30 km (19 miles) from Geneva, ahead of Sunday's sale.

In all, 75 prestige cars, mostly post-war, will be on the block at a 12th-Century abbey where telephone banks await bidders.

"We do have a collection of cars from the state of Geneva. It's a great setting," James Knight, Group Chairman of Bonhams Motoring Department who will conduct the auction, told Reuters.

Billed as the "Supercar Collection," the Obiang cars do not have a minimum reserve price and have drawn interest from collectors in Europe, the United States, Middle East, and Far East, he said.

Teodorin is the son of President Teodoro Obiang Nguema Mbasogo, who has ruled the west African state for four decades. Rights groups have labelled his administration one the world's most corrupt.

A white 2014 Lamborghini Veneno Roadster, with the initials TNO painted on the hood and 'gull wing' doors, is the star lot, valued at 5.2 million to 6.2 million Swiss francs. One of only nine made, it has 325 km (200 miles) on the clock, and was being inspected by a potential German bidder kneeling in the grass.

"It is the first time such a car is being offered at public auction," Knight said. "Buyers want a car to have had few owners, a service handbook and a low odometer reading."

All but one of the 26 cars from the Obiang collection will be subject to import tax if they remain in Switzerland, Knight said. "They didn't have Swiss tax paid and are not Swiss-registered," he said.

A 1956 Aston Martin Lagonda, owned by Claude Nobs, the late founder of the Montreux Jazz Festival, is also on offer.

The Rolling Stones, Petula Clark, Aretha Franklin, Nina Simone, David Bowie and Freddie Mercury are among performers to have ridden in the raspberry vintage vehicle, the catalogue said.