WRC 8 made a rally game addict out of me

9/11/19 Update: We've been told that the developers of WRC 8 are currently working on a patch that will be available for the Xbox within a week's time to address the shutdown issue mentioned in the review below! I've been super impressed with the WRC 8 team's attentiveness and responsiveness to this issue and I'm excited to update the review with our impressions after the patch is live!

Let’s get this out of the way right off the top: I know absolutely nothing about rally racing. The height of my knowledge is basically just that Travis Pastrana used to race some form of a rally car at the X Games every once in a while, and that’s about it. Before last week, I had never even heard the term “pace notes.” I’m a man who enjoys new things, especially in video game form. That’s why I was super excited to play the brand new World Rally Championship game, WRC 8.

The game is absurdly fun, even for someone who's also never played a rally game. If you’re familiar with the Autoblog Livestream you’ll know that we play all different types of racing games, but up until now, rally has never been among the subgenres. This game seems like it’s going for a similar audience to the DiRT Rally games, but I’m quite happy I was able to play it from the perspective of someone who is coming in without any experience or expectations.

I started the game and immediately went into career mode. Once you get into it, it quickly asks if you’re an expert, intermediate, or a novice at racing sims and I chose novice. I also played with ABS and TCS on with a difficulty level of medium and damage effects on medium with permacrash off. My entry point was the Junior WRC Championship. Historically, I’ve always preferred the more “arcade-y” racing games. I’ve dabbled in your Gran Turismos and Forza Motorsports in the past, but on the whole, “sim” type racing games generally don’t do it for me. Which is why once I was dropped onto a track, I was surprised by how much I immediately loved the feel of the racing.

Don’t get me wrong, even with most of the assists on and playing on “medium,” this game is tough. It took me a few hours to even feel like I was halfway in control, but that’s part of the fun. You will get absolutely punished for the smallest mistakes. If you hit a turn even slightly wrong, congrats, you probably just flipped off the mountain and gained yourself a 9-second penalty. But the game does it so well, and you have so much fun doing it, that there’s always a reward for improving.

Career mode is where I started, but it might not be the best place to start for everyone. It throws you straight into a season, allowing you to manage a team, upgrade your crew, and manage your relationship with your car manufacturer. There’s even a skill tree reminiscent of an RPG-style game, allowing you to upgrade certain elements of your team or unlock new professions to add. You can add financial directors, engineers, agents, and even meteorologists to your team to give you the best chance of winning, and that’s just the tip of the iceberg.

In the first hour or so of your career, you’re taken through a tutorial, including a few training tracks, and then you go into your first rally. The lengths of time per race vary, but in general each rally has four stages, and each stage can take up to 7 minutes or longer, so when you’re ready to do a rally you should be prepared to be there for a bit. I found this to be a nice surprise, though, and ended up enjoying the longer length of the races.

For my first rally, out of 13 racers, I finished 12th. “Not too bad!” I thought to myself. It was my first race and I didn’t come in last. My reputation with my car’s manufacturer went down a few points, but I didn’t think much of it. I did another training and something called an “extreme conditions” event, where you simply have to make it to an end point in a half-broken car in the dark during a downpour, and then went into my second rally. By this point, I was starting to hit my stride. I took 10th place! I even got a single point in the standings! I thought to myself, “surely this will improve my reputation with my team!” But I couldn’t have been more wrong. In fact, after just that second rally, my manufacturer decided to drop me for poor performance. When that happens, your season ends and you have to start the whole season over again. Brutal? Yes. But I suppose that’s one of the harsh realities of trying to make a living as a rally driver.

If you’re not into the pressure of having to impress and manage a team and just want to race, then Season mode is probably the place for you to start. It’s pretty much just the racing without all the extra headaches. There are also modes for Training, freeplay (or Test Area as it’s called), online, and local Multiplayer.

The split-screen local multiplayer mode is a very welcome feature. I’m aggressively pro-local-co-op basically whenever it’s feasible. There’s even a nice feature that allows you to see your opponent’s “ghost” on your side of the screen while you’re driving, so even though you’re both simultaneously doing the same run (on separate sides of the screen) it feels like you’re on the same track together.

The rallies themselves are beautiful. There are locations from around the world and you can race anywhere from Sweden's snowy mountains to the Australian outback, created with data from the rally promoters themselves mixed with actual satellite data. This allowed them to create 30km x 30km (18.6 x 18.6 miles) digital spaces to sculpt into the tracks we see in the game.

Some pretty snazzy weather effects also add to the visual experience. WRC 8 introduces dynamic weather to the franchise, allowing mother nature to change her mood from sunny, to cloudy, to rainy all in the span of a single rally stage. As in the real world, the weather can affect both your vision and your traction. You do not want to hit a puddle going 70 mph next to a 100-foot drop with no guard rail.

Like any good racing sim, there are tons of controls to tweak. One particularly nice feature pointed out by my more vertically gifted stream co-host Alex Malburg is that you can adjust how high or low the camera view is in the cockpit. He immediately appreciated the ability to make the cockpit view a bit higher, because as a tall dude, that’s much closer to the view he’s actually used to!

While playing with my Turtle Beach Stealth 700 gaming headset I noticed the care that was put into the game's sound design. When taking off on a gravely road, you can hear the gravel hitting the underside of your car. The sound of your own car even changes depending on what view you’re playing in. If your view is third person, the car sounds like it’s in front of you, but if you switch to cockpit view, the sound then changes to make it seem like you’re actually inside the vehicle. A small touch, but a nice one.

Although I’ve been having an absolute blast with this game, there are a few things that were a little less than perfect. We played the Xbox version and tested it on an Xbox One S and an Xbox One X. While most of the menus and controls translated just fine, it’s clear that this game was built with a PC-first philosophy. Some of the menu directions in career mode are a bit obtuse, and every once in a while it was unclear exactly where you’re supposed to click, or even how.

Another unfortunate issue is that there seems to be a few bugs yet to be squashed. In 10 hours of gameplay, the game seemingly crashed the console on three separate occasions, twice on the One S and once on the One X. This happened during a loading screen each time. Nothing remarkable happened other than the Xbox just completely turning off. I also had a single experience during a race when all the visuals went completely black, leaving only the HUD visible. Even restarting the race from the menu didn’t fix the issue. The only solution I found was restarting the Xbox. 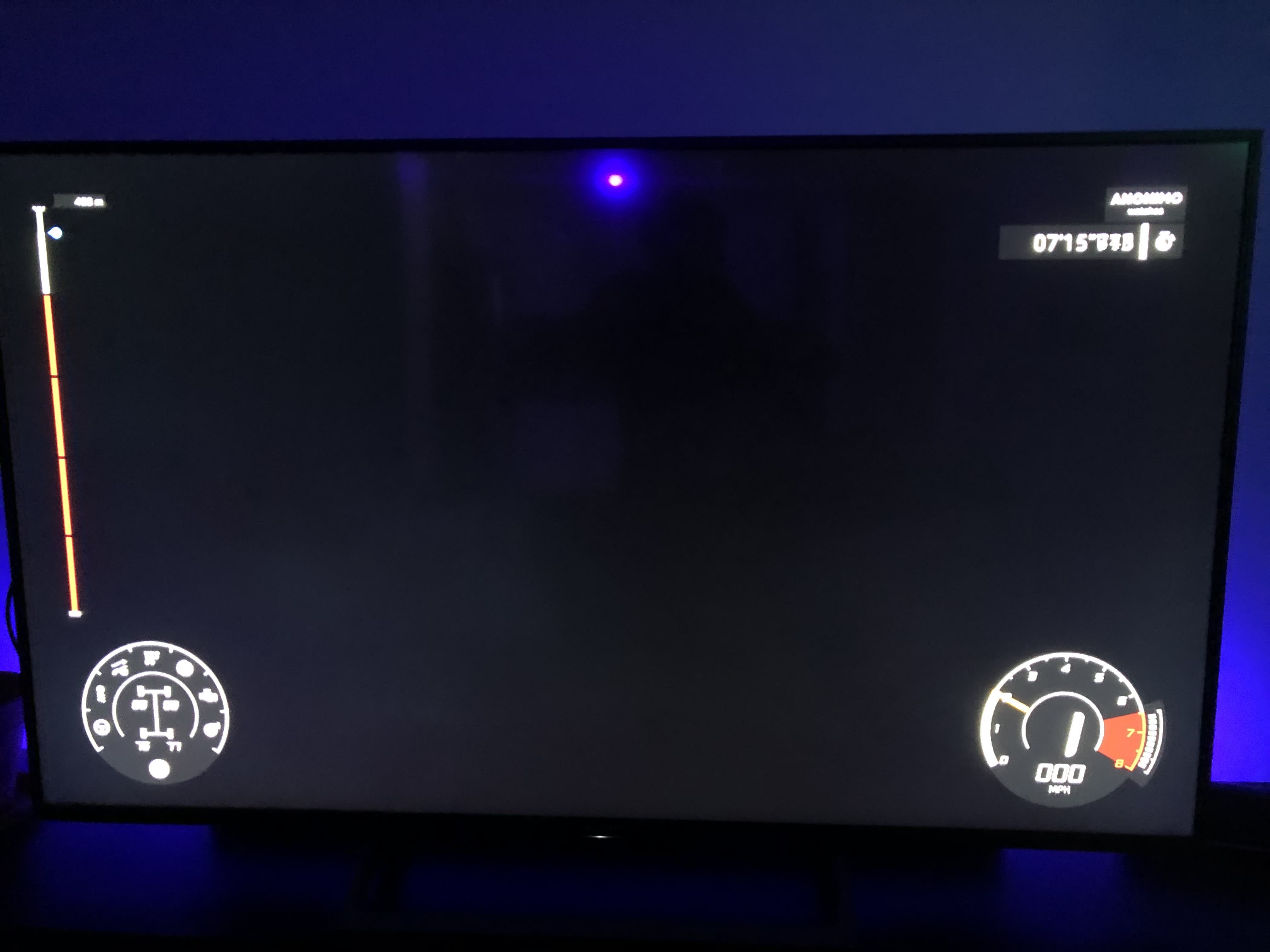 The good news is that if these issues turn out not to be isolated to just me, it’s likely there will be a patch in the future. The other good news is that while your entire machine shutting down can definitely dampen your mood, the few issues I experienced weren’t enough to stop me from playing. Not by a long shot.

If you’re the biggest rally fan in the world and you’re looking for a perfect recreation of your favorite sport, well, I’m not the best person to tell you if WRC 8 delivers. However, if you’re looking for a challenging but absurdly fun racer with beautiful tracks and an incredible illusion of speed and danger, I really don’t think you can go wrong with this one. The game is available now for PC, PS4 and Xbox and is even showing Nintendo some love with a release for the Switch this November. If you’re on the fence like I was, you owe it to yourself to give this game a try. I’m definitely glad I broadened my horizons and discovered a great new racing genre to get lost in.