She finishes as point leader on home turf at Brands Hatch

BRANDS HATCH, England — Britain's Jamie Chadwick was crowned first champion of the all-female W Series on Sunday, and collected a $500,000 prize, after finishing fourth in the season's final race at Brands Hatch.

The 21-year-old had started from pole position in front of her home crowd as clear favorite, 13 points clear of Dutch title rival Beitske Visser who lined up fifth, but she made hard work of it.

"I definitely didn't make that easy for myself but, fingers crossed, we can take this on to bigger things," added the Williams Formula One development driver.

Visser had needed to win to have any real chance, unless Chadwick failed to finish, and although she overtook the Briton for third in the closing stages she had to settle for overall runner-up and a $250,000 payout.

"I think I gave it everything I had today, unfortunately not enough for the championship," said Visser. "If I come back, I want to fight for the title again, to be sure." 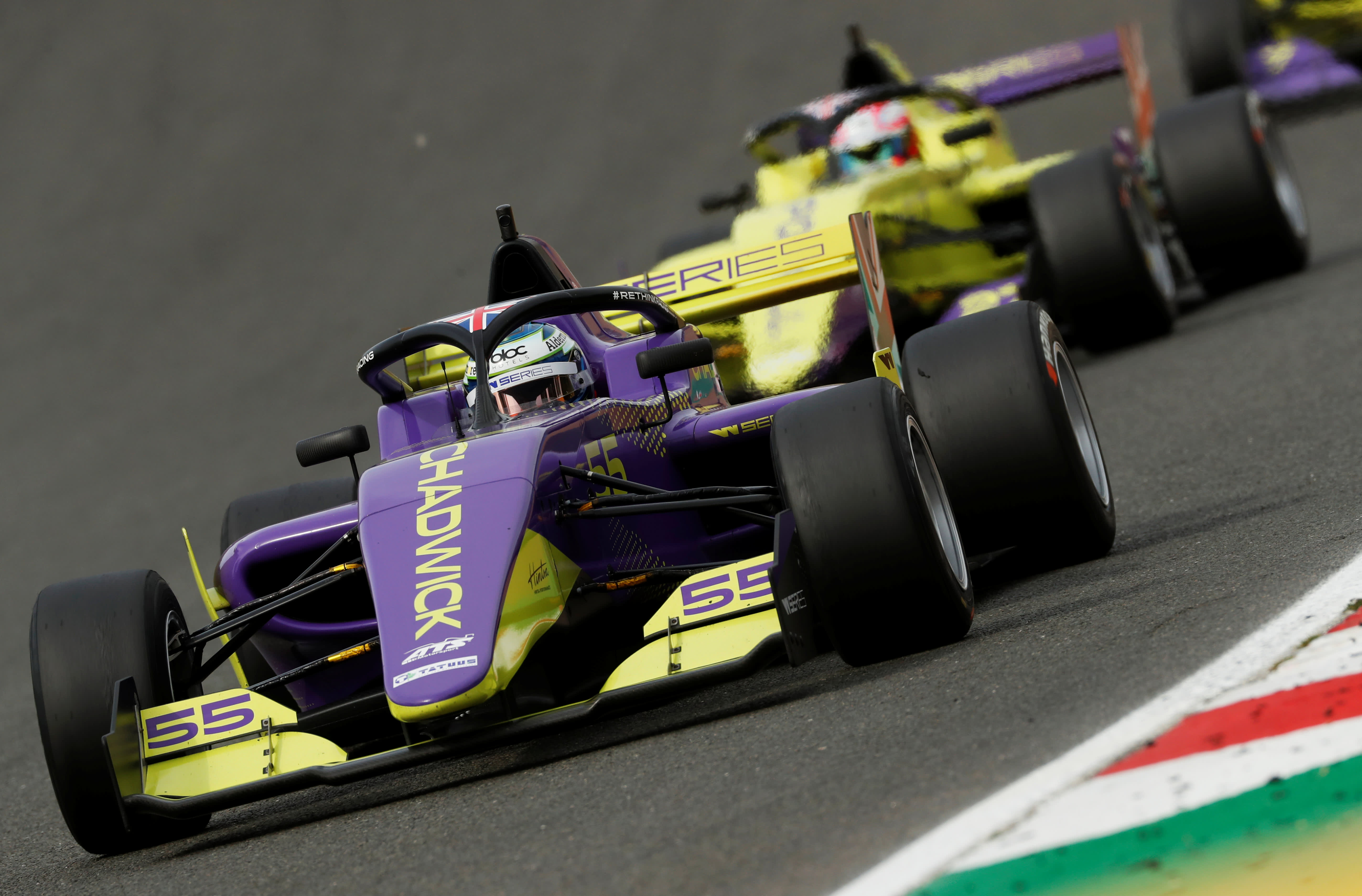 Chadwick, who had stood on the podium in the five previous races, had led cleanly from the start but then suffered her worst afternoon of the season, dropping back down the field.

"I knew they had nothing to lose, and Alice's move came out of nowhere and caught me by surprise," said Chadwick. "I didn't want to get involved in their battle, I tried to be sensible with it.

"I found myself having a bit of wheel banging at times. I thought I had Beitske behind me but made a bit of a mistake and she got past. And then I was, like, let's just bring this home, let's not make any more mistakes."

The W Series, which uses identical 1.8 litre Formula Three cars, aims to help female racers climb the male-dominated motorsport ladder towards Formula One, which last saw a woman start a race in 1976.

"It's really turned my career around," said Chadwick, who last year at Brands Hatch became the first woman to win a round of the British F3 championship.

"To have the championship crown today is pretty amazing."