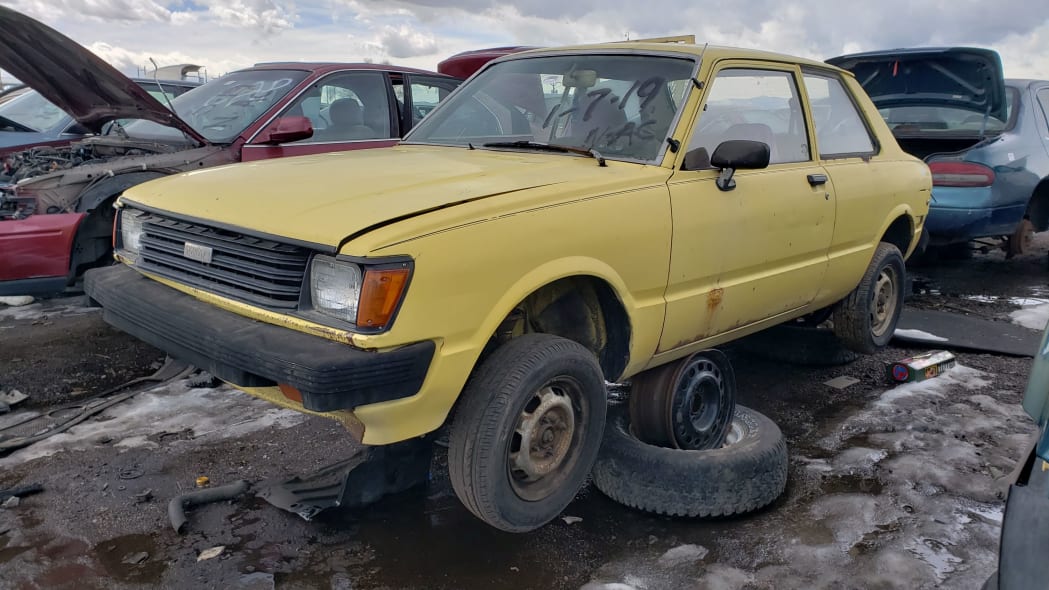 Even as the rear-wheel-drive Corolla got bigger during the 1970s, fuel prices kept climbing. To provide a cheaper, more economical commuter car, Toyota developed the tiny front-wheel-drive Tercel and began selling it in 1978. I used to find plenty of these simple and reliable first-generation Tercels during my junkyard travels, but they have become quite rare in recent years. Here's a battered '82 in a Denver-area yard. 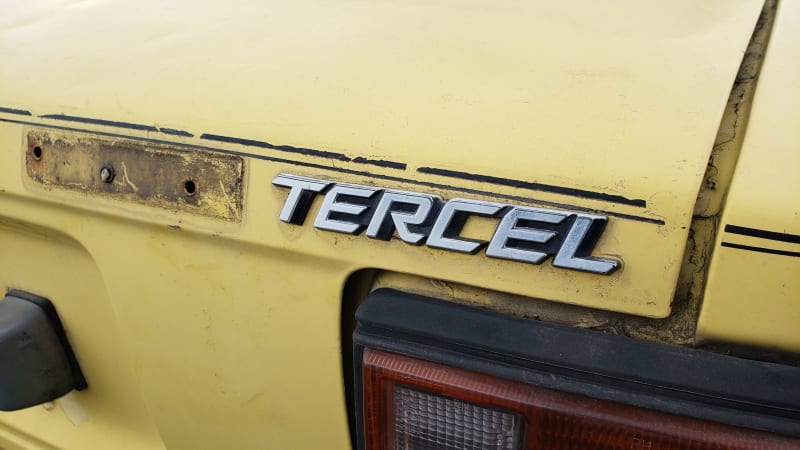 Just as Toyota slaps the familiar Prius name on the unrelated Aqua for the American market, the early Tercel was given an association with the well-known Corolla model and badged as the Corolla Tercel. By 1982, though, Toyota USA's bosses had decided that the Tercel name could stand on its own; this car has no Corolla badges. 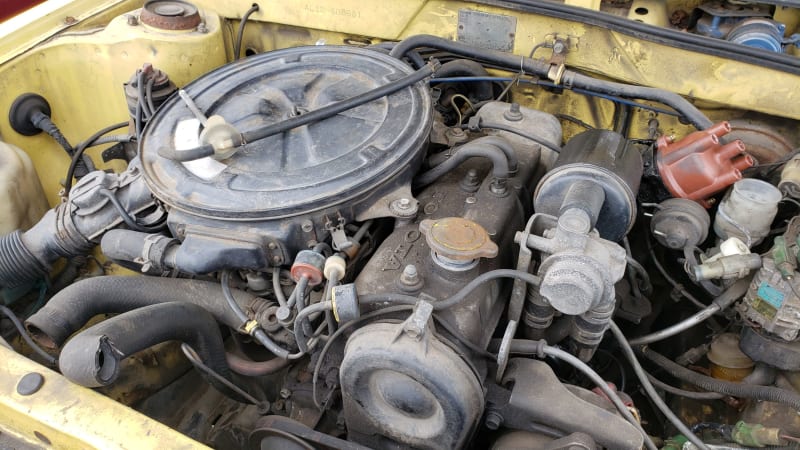 The longitudinally-mounted engine (a 3A-C rated at 59 horsepower) might make you think you're looking at a rear-wheel-drive car, but the transmission sends the power forward via a V-drive-style arrangement, driving the front wheels through a differential mounted beneath the engine. This setup made it simple for Toyota to build four-wheel-drive Tercel wagons later on, just by adding a driveshaft out the rear of the transmission. 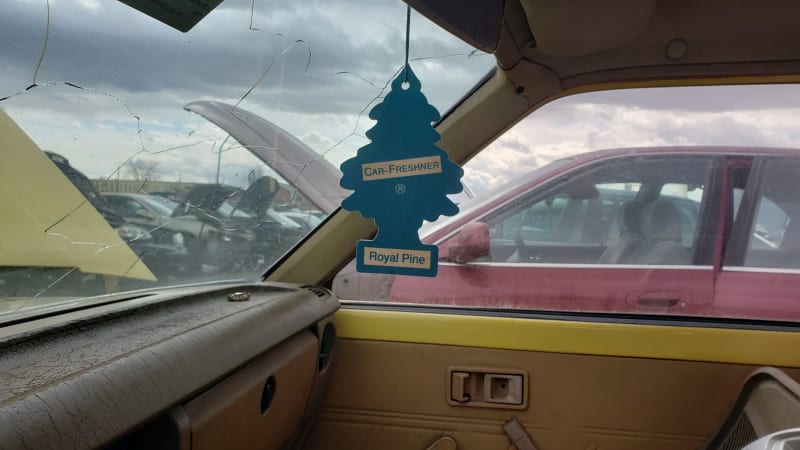 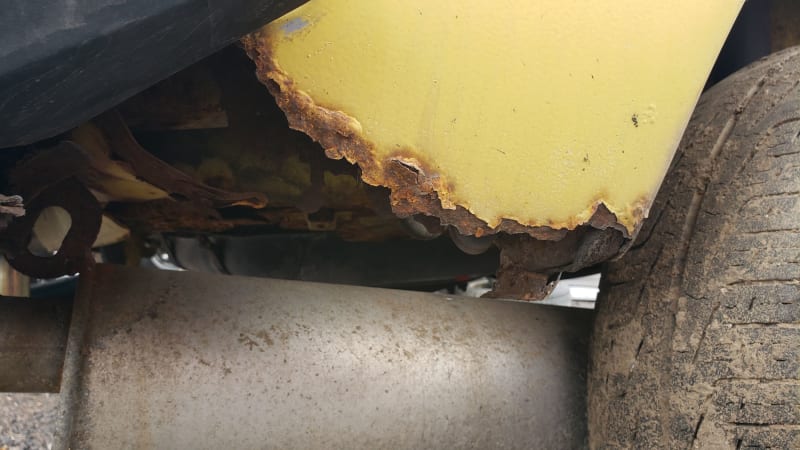 These cars were notorious for rust problems, with multiple recalls due to corrosion-induced failures of the rear control arms. Most cars don't rust so much in Denver, but this one has some mild rot in the usual spots. 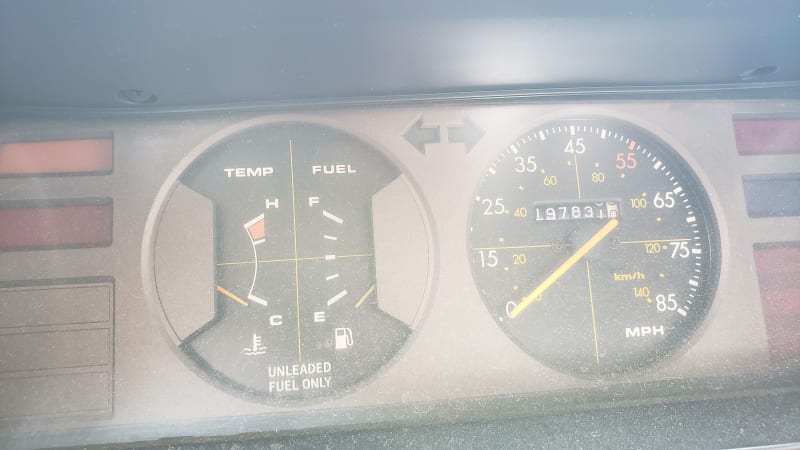 Few new cars had six-digit odometers in 1982, but Toyota felt sufficiently confident in the Tercel's reliability to add the 100,000-mile digit. This car came close to the magical 200,000-mile mark. 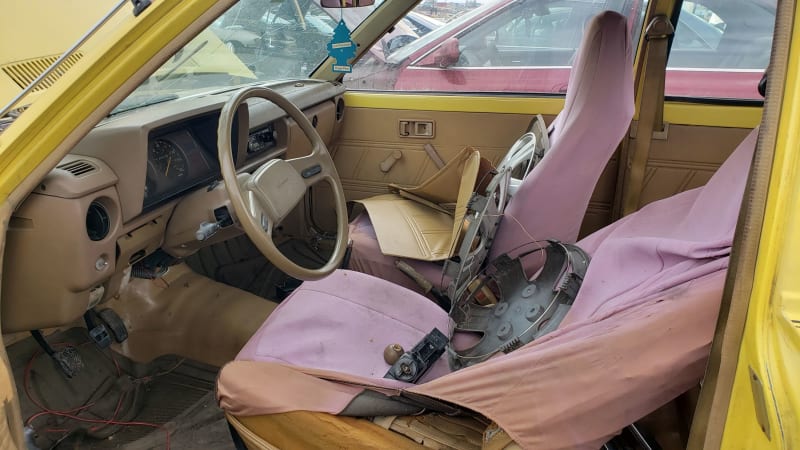 The cramped rear-wheel-drive Starlet beat the Tercel in the fuel-economy game for 1982, with its tough-but-primitive pushrod engine, but most American car shoppers preferred the Tercel (and its all-new-for-1982 Nissan Sentra competitor).