PLYMOUTH, Mich. — The 2020 Chevy Corvette is just about booked up for the first year’s production run. Michael Simcoe, GM design chief, said as much at the Concours d’Elegance of America, as a gleaming C8 sat on the lawn.

“I think the orders have already hit the first year of production numbers,” Simcoe said when addressing the attentive, large crowd at the golf course. We pulled him aside afterwards, and asked Simcoe to elaborate. Turns out, the C8 is extremely close to being sold out for the 2020 model year, but it hasn’t officially hit the mark yet. “It’s nearly sold out. It’s so close that it’s bound to be sold out soon,” Simcoe told us.

What Simcoe wouldn’t elaborate on were production numbers. Chevy has been allowing folks to reserve a 2020 Corvette via an online registration process, and it was also something folks could do right on the Concours grounds today. We don’t know how many Corvettes Chevy plans on selling for the C8’s first year of production. Therefore, we also don’t know how many reservations have been placed thus far. Corvette sales numbers have bounced around a lot throughout history, but it’s surpassed 30,000 sales in many of the better years the model has been around. It’s unclear at this point if Chevy is targeting high sales numbers like that in the first year of the mid-engine car.

We do know one thing, though. Time is running short to be one of the first mid-engine Corvette owners. Of course, there will be no shortage of C8s to be had in the future if you can stand waiting a little longer than others. 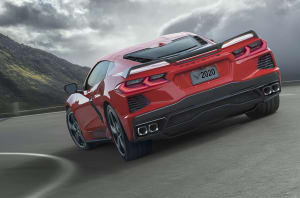 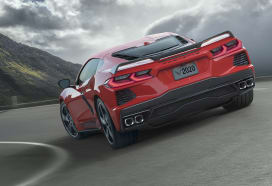