The Mercedes-Benz W116 S-Class, sold for the 1973 through 1980 model years, has a reputation as one of the most long-lived motor vehicles ever built, and the diesel-powered versions took that reliability to unimagined levels. Here's a 321k-mile 300SD, complete with legendary OM617 five-cylinder turbodiesel, finally at the end of its road in a Denver self-service wrecking yard. 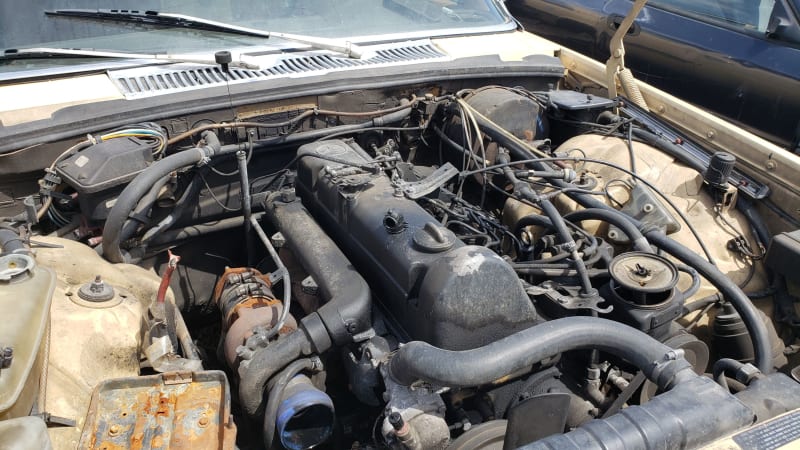 The engine made just 119 horsepower, which meant that this 3,705-pound sedan had no future as a drag racer, but it would never wear out if properly maintained. Torque came to a respectable 170 lb-ft. So many of these cars were ruined 20 years ago by non-mechanically-inclined types wishing to run them on waste vegetable oil, they're getting hard to find today. 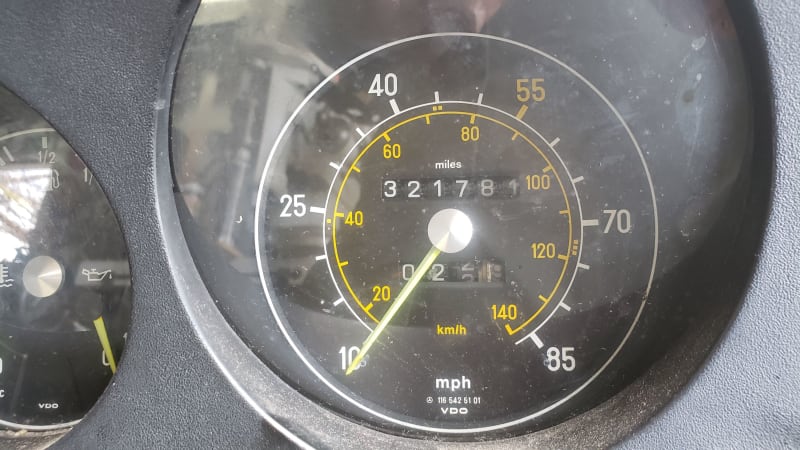 321,781 miles on the clock, and I'll bet it was still in running condition when it took its final ride to this place. The mechanical oil-pressure gauge had a leak in the oil line fitting on the back of the instrument cluster (which I bought, because W116 diesel clusters with the factory tachometer are worth good money), so oil would have dripped onto the driver's legs while the engine was running. An easy fix, but maybe that problem was sufficient to make the car's final owner just give up on it. 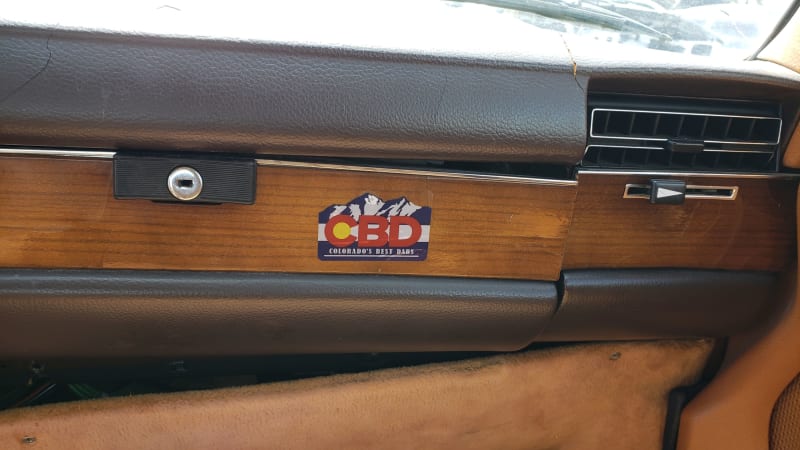 Here in Colorado, a very high percentage of junkyard vehicles have stickers from cannabis dispensaries on their dashboards. In the case of this car, that just seems wrong. 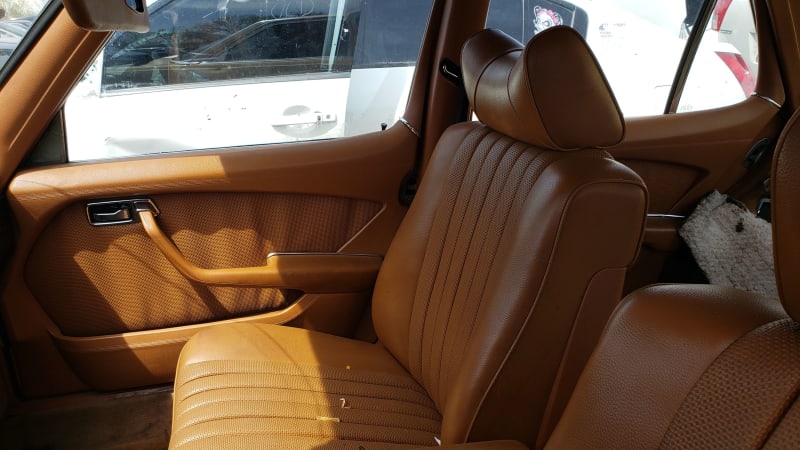 Because the interior is upholstered in the legendary MB-Tex fake leather, nothing short of a nearby nuclear explosion could have caused fading or cracking. The body has a bit of rust, but nothing fatal. This car should have reached 500,000 miles.