The fuel-economy champion of 1982 America, now crashed in California. Toyota built the gas-sipping Starlet from 1973 through 1999, but North Americans had the opportunity to buy new Starlets just for the 1981 through 1984 model years (and then only the three-door hatchback version). The rear-wheel-drive Starlet was cramped and underpowered, but it got the best or close to the best fuel economy in the country during its brief American reign. Here's a frighteningly bent '82 that I spotted in a Northern California self-service yard. 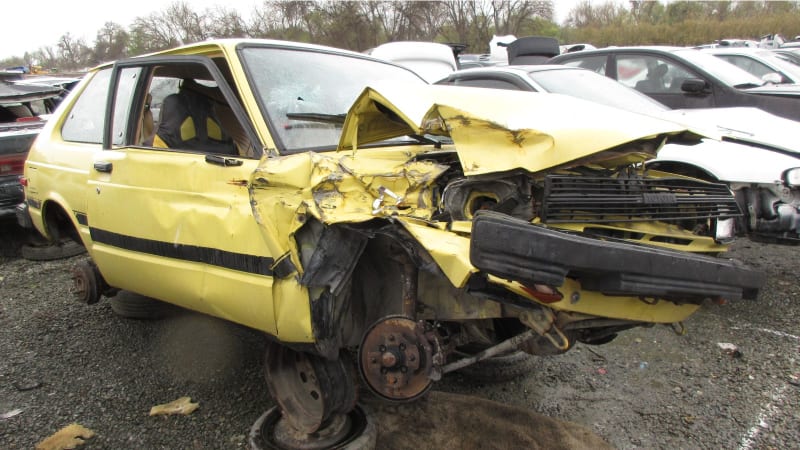 It looks like a glancing fragile-car-versus-concrete barrier impact ended this Starlet's 37-year driving career. Let's hope everyone inside had their seat belts fastened. 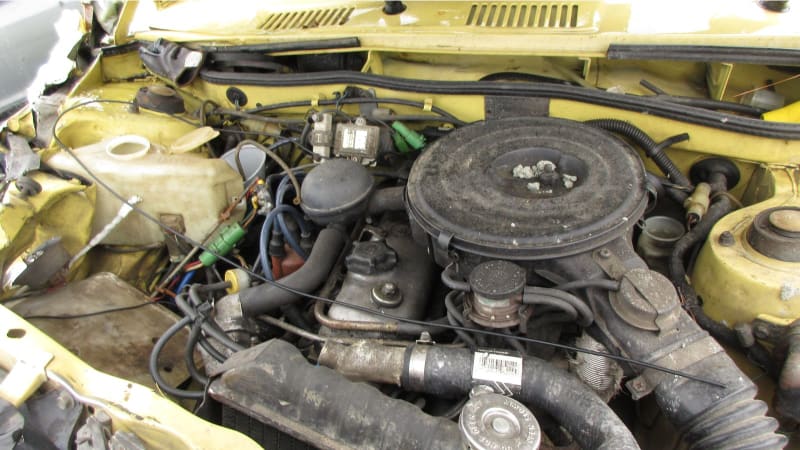 We'll tell you the horsepower of this 4K pushrod engine, but only if you promise not to laugh. OK, it made 58 hp. Curb weight was a mere 1,724 pounds, though, which was 70 fewer pounds than the flyweight '82 Honda Civic. The good news is that the rear-wheel-drive layout of the Starlet lends itself to powertrain upgrades. 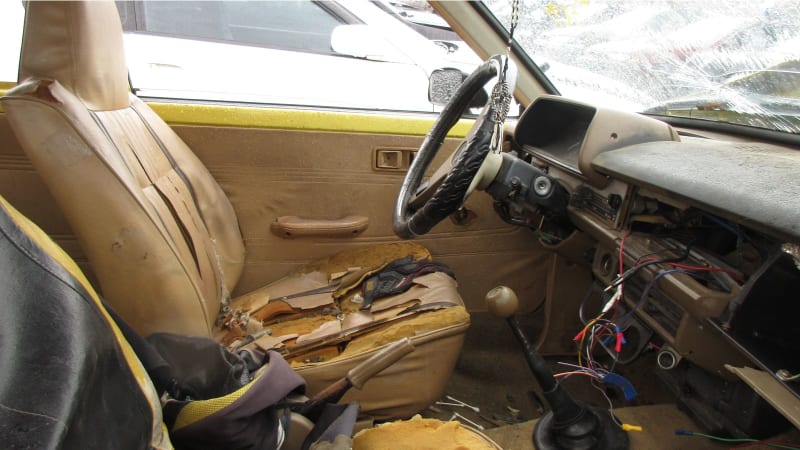 There wasn't much to go wrong with the Starlet, which benefited from the excellent Toyota build quality of the era, and these cars made excellent penny-pinching Point-A-to-Point-B commuters. 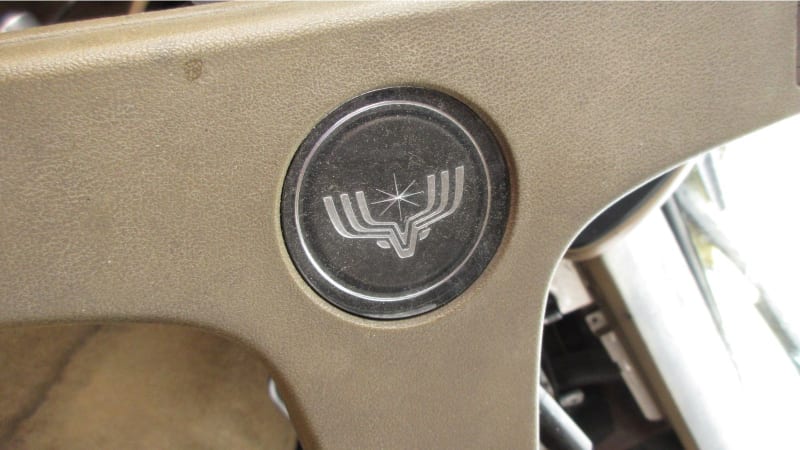 I still see the occasional Starlet during my junkyard travels, but sightings are getting increasingly rare. Supposedly, automatic-equipped Starlets were sold, but I've seen only manual-transmission examples so far. 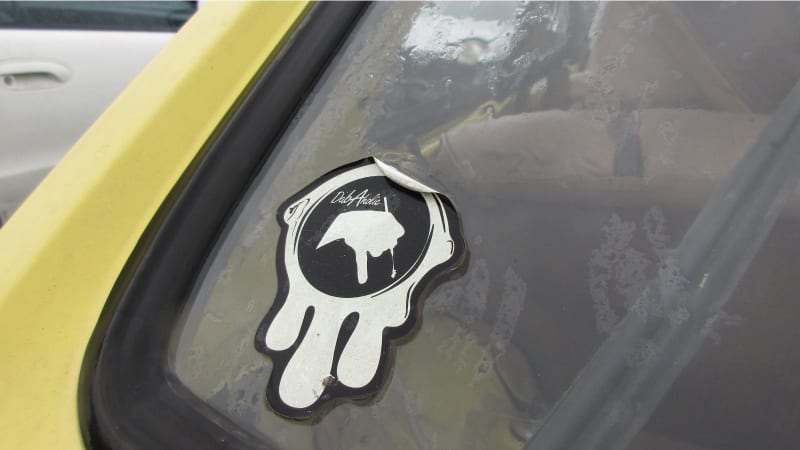 Coming just a couple of years after the worst of the gas lines, Toyota had a persuasive selling point here.


A decade later, Toyota sold Starlets in Japan with one of the greatest car commercials in human history.