Honda recalls over 50,000 Odysseys because the transmission may unexpectedly shift to Park

The minivan's transmission could do some weird stuff Certain 2018 and 2019 Honda Odyssey minivans are being recalled for a transmission that could unexpectedly shift to park while driving. If that sounds like an unpleasant experience, then we're right there with you.

Honda uses a nine-speed and ten-speed automatic in the redesigned Odyssey, but it's the 10-speed vehicles that are being recalled. According to the recall, loose battery terminal connections or a degraded battery may cause the transmission control unit to unexpectedly reboot. When the unit reboots, Honda says it may automatically shift the transmission to the park position. If the vehicle happens to be in motion at that time, this action could damage the parking rod.

Once the parking rod has been irreparably damaged, Honda says the vehicle could roll away when parked. None of it sounds like good news, as shifting your car to park at speed can only end badly. Having such a thing happen to you without warning as you chug along at 70 mph just sounds all the worse.

Dealers plan to ensure the battery terminal connections are secure when owners bring them in. They will also update the TCU software to change the default action of shifting into park on reboot. Instead, the transmission will attempt to shift to neutral upon reboot. Additionally, Honda dealers will also inspect the parking rod to make sure no damage has already been done. Owners of affected vehicles should expect to be notified of the recall soon. 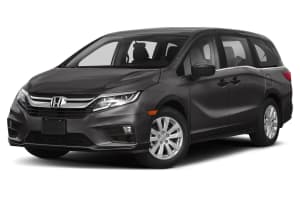