Chevrolet built the original Chevelle-based Monte Carlo for the 1970 through 1977 model years, and it proved to be one of the most successful of all the Detroit personal-luxury coupes (though the Monte's Olds Cutlass Supreme sibling outsold the Chevy for several of those years). You won't find many of these cars today, but here's a once-snazzy 1975 Monte Carlo Landau in a San Francisco Bay Area self-service wrecking yard. 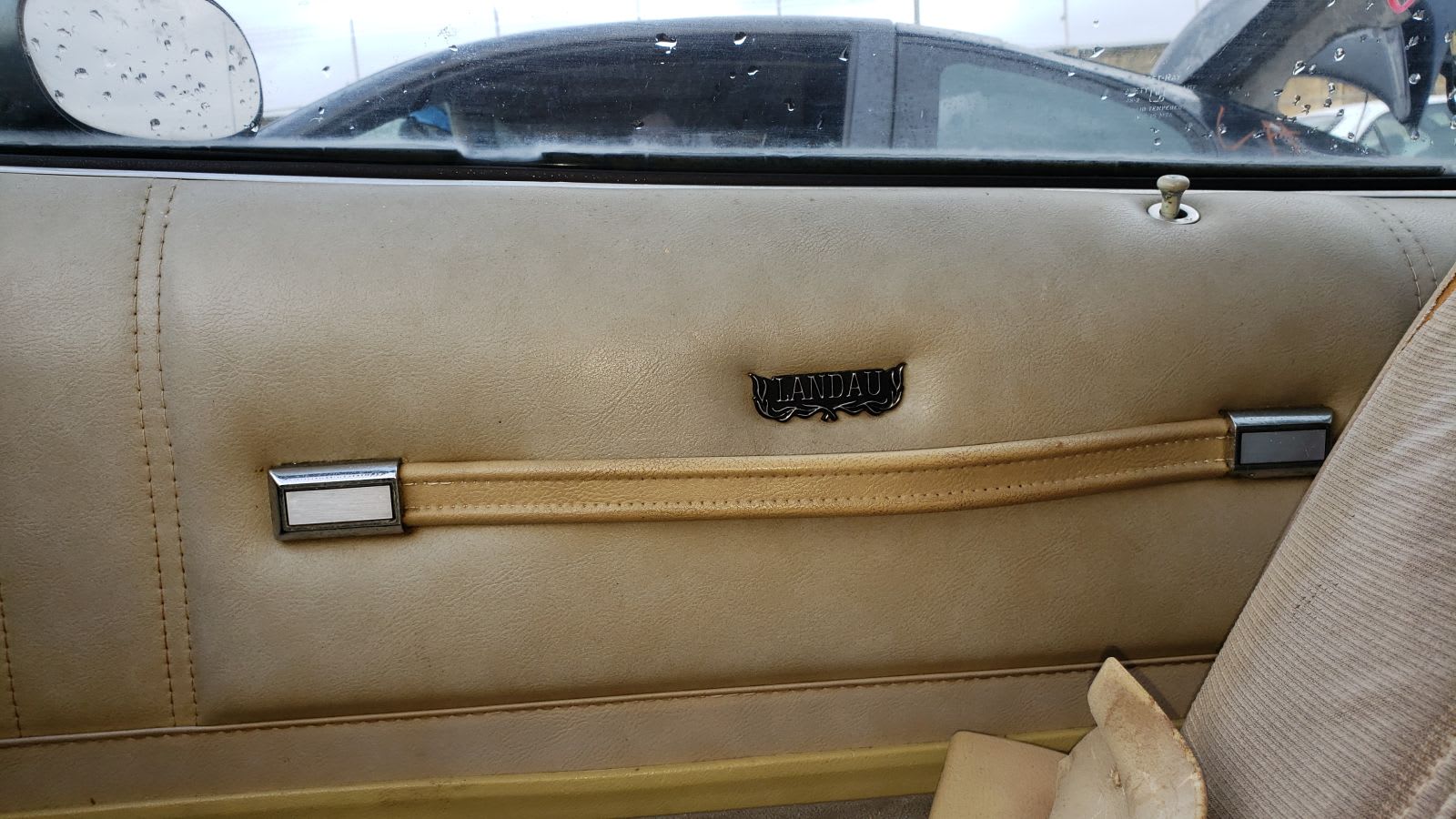 From the slippery vinyl to the fake stitching to the "coffin handle" door pulls to the plastic LANDAU badges, the interior of this car was all about affordable opulence. 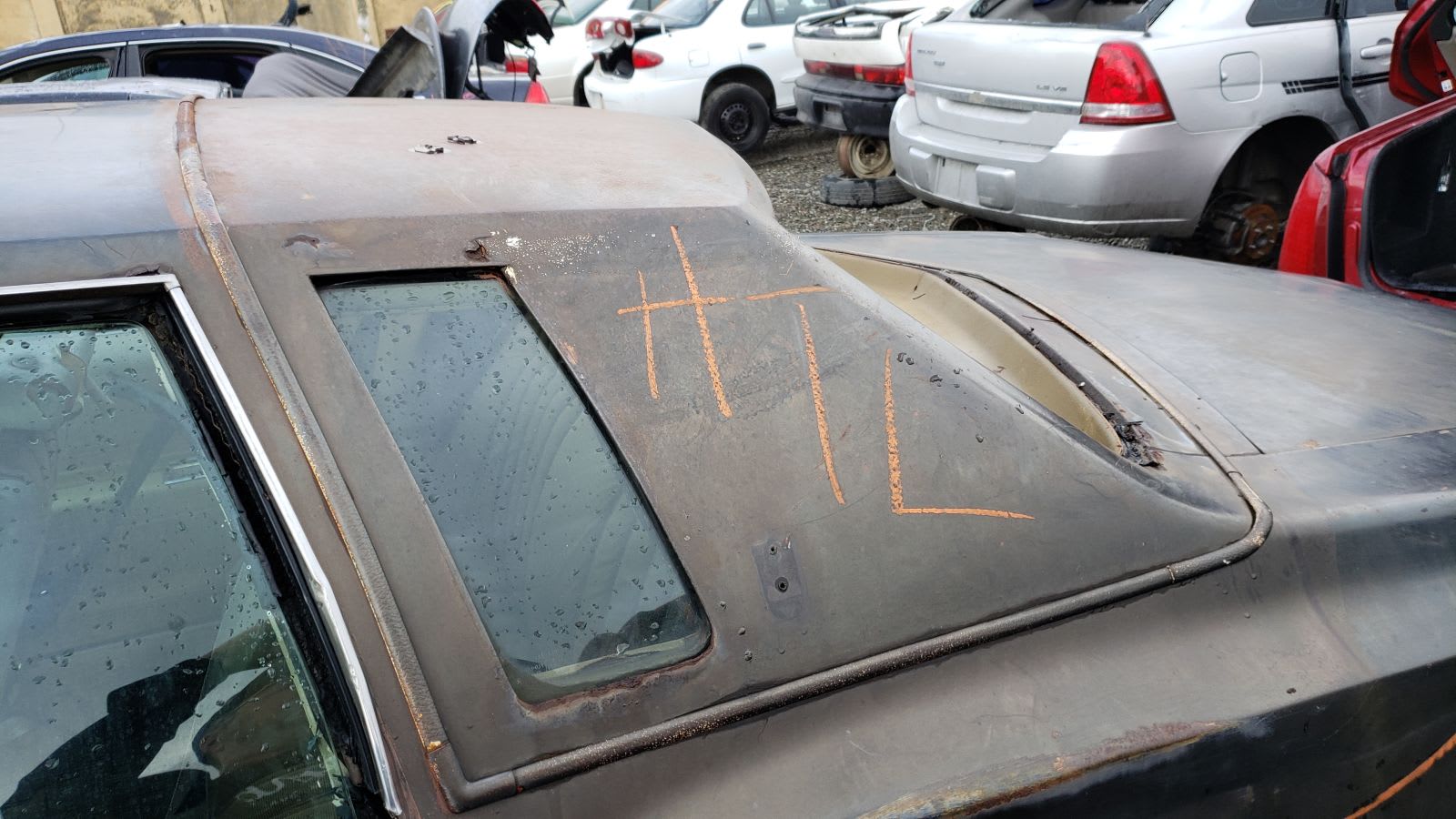 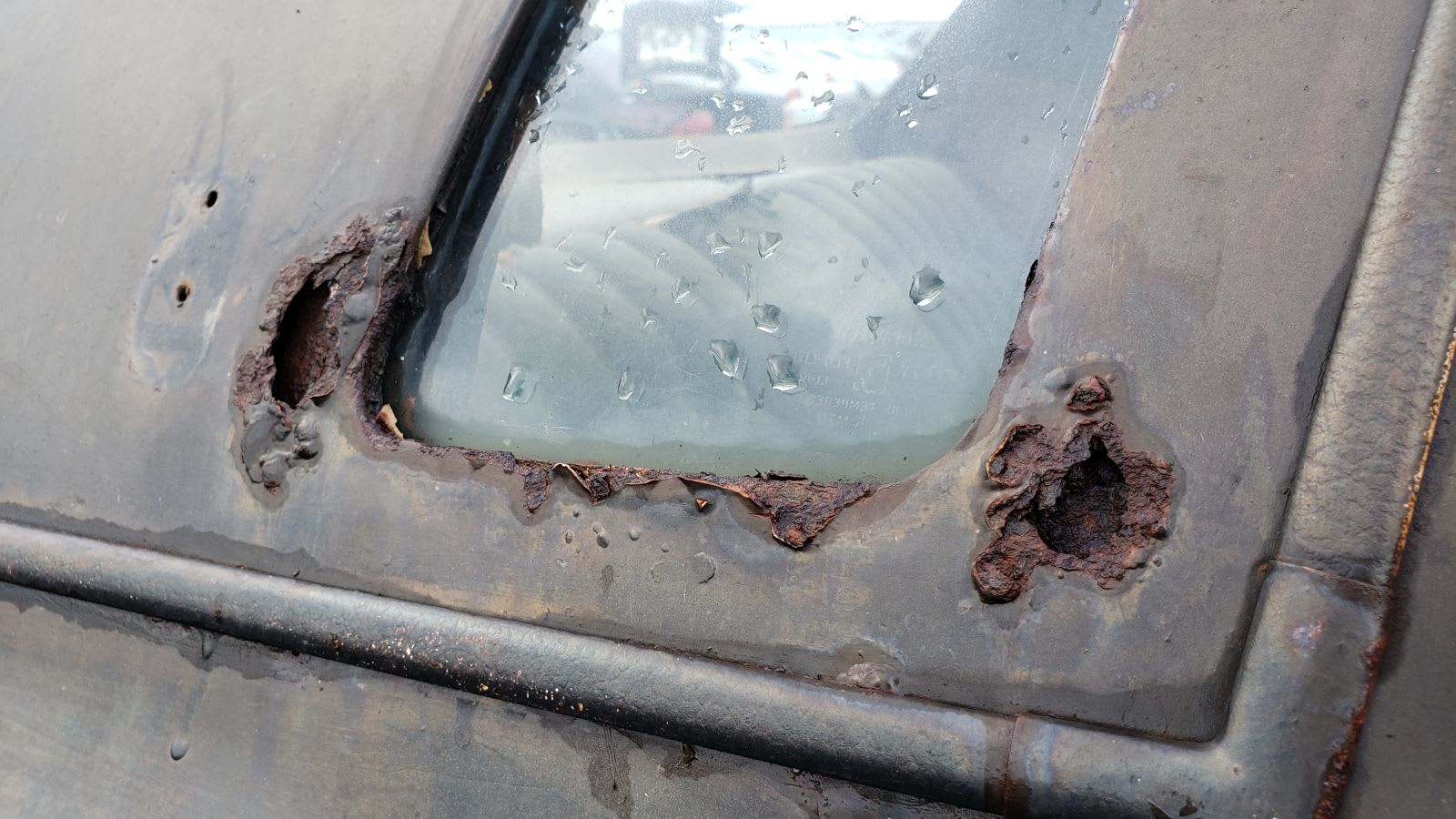 The vinyl is long gone from this landau roof, which enables us to see the problem with GM's vinyl roofs of the 1960s and 1970s: rust, especially in places with withering sun and rainy winters. First the vinyl starts to peel a bit, then water gets underneath and does damage like this. 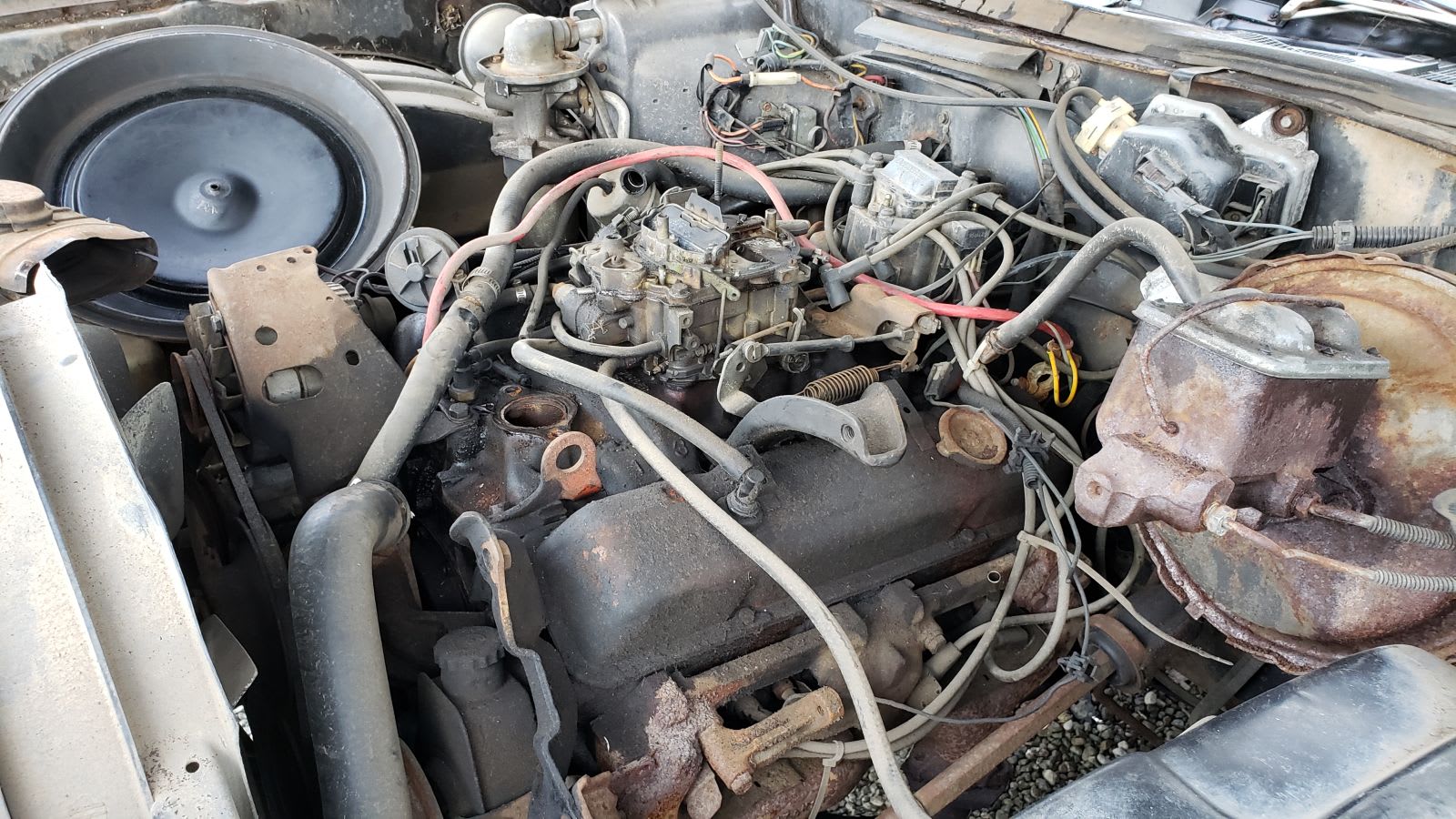 If this is the original engine with the original carburetor, then it's the 400-cubic-inch V8 rated at 150 horsepower. The 400 can make good power with a few easy modifications (as I have learned from first-hand experience), and so they don't stay in junkyards long. Of course, many — maybe even most — V8 Chevrolets of this era have undergone at least one engine swap during their lives, so this engine might be a 307 or something similarly uninteresting. 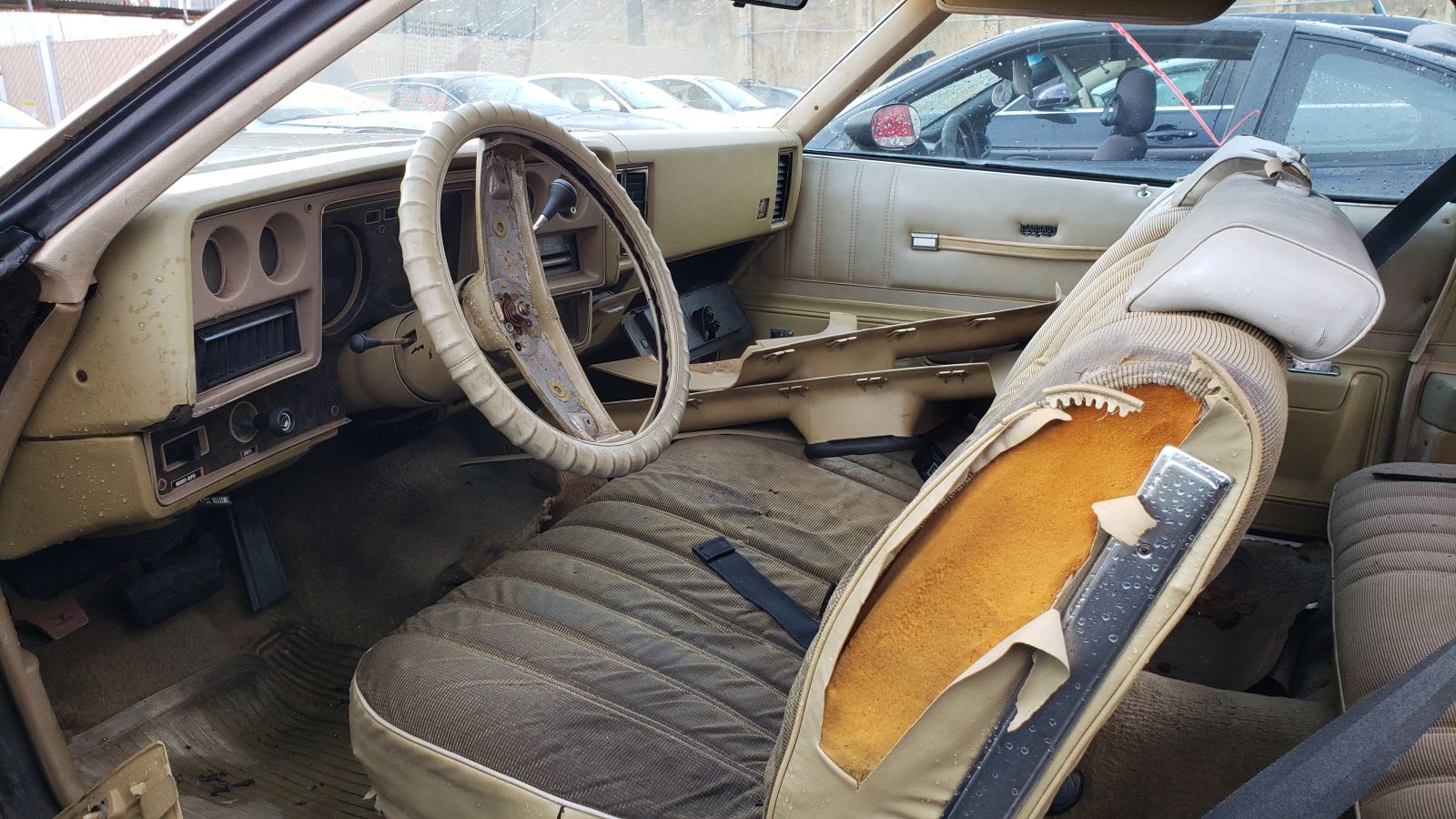 This one isn't much to look at today, but the inside of a new '75 Monte was a pretty cushy place when new. Serious buyers opted for the swiveling captain's chair, of course. 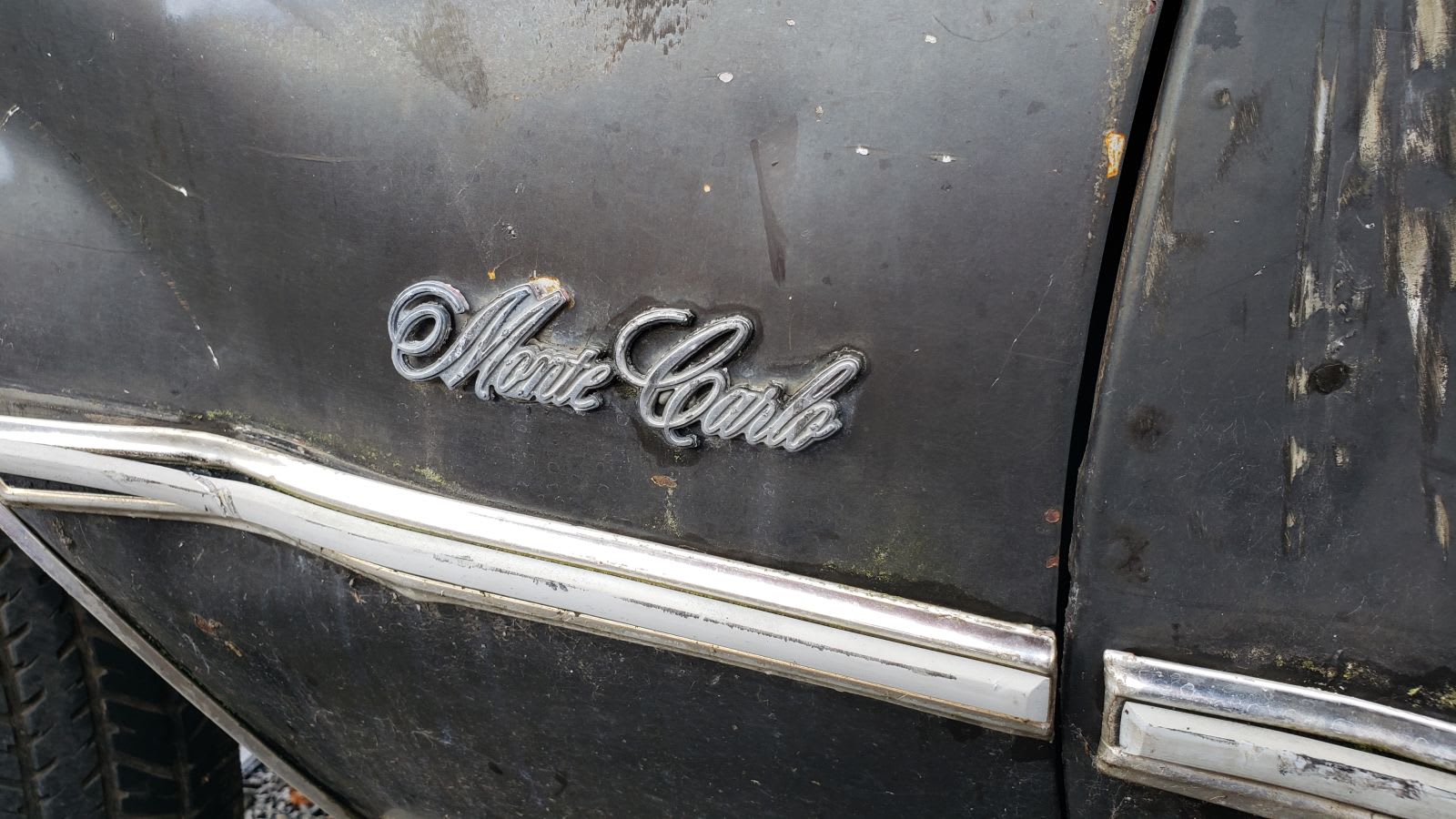 1975 was the debut model year for the Chrysler Cordoba, which had a $5,581 price tag but had Ricardo Montalban pitching its (optional) Corinthian Leather, so Monte Carlo sales took a hit as the Cordobas flew out of the showrooms.

Because I like to shoot junkyard cars with ancient film cameras, I photographed this Monte Carlo with my 1933 UniveX Model A, loaded with hand-cut 32mm film.

So special, so drivable, so very personal, you'll probably want to park it yourself.


How about a little driving adventure with Stacey Keach in a clean '75 Monte Carlo, just across the Bay from today's Junkyard Gem? 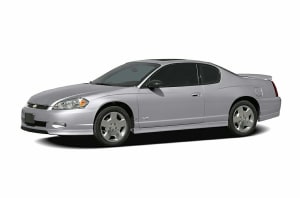