The Toyota hybrid that started it all, now discarded in a Denver wrecking yard.

Even though the Honda Insight beat the Toyota Prius to the North American market by a bit less than a year, the much larger and less odd-looking Prius was the car that made hybrid-electric cars seem like useful real-world motor vehicles here. The early Priuses depreciated to the point of appearing in the big self-serve junkyards a few years back, but most of the ones I see have been so thoroughly used up that I don't bother to photograph them. This 2002 Prius, the second of three years for the first-generation model in United States, was in such nice condition in a Denver yard that the original window sticker was still in the glovebox, so it seemed worth documenting. 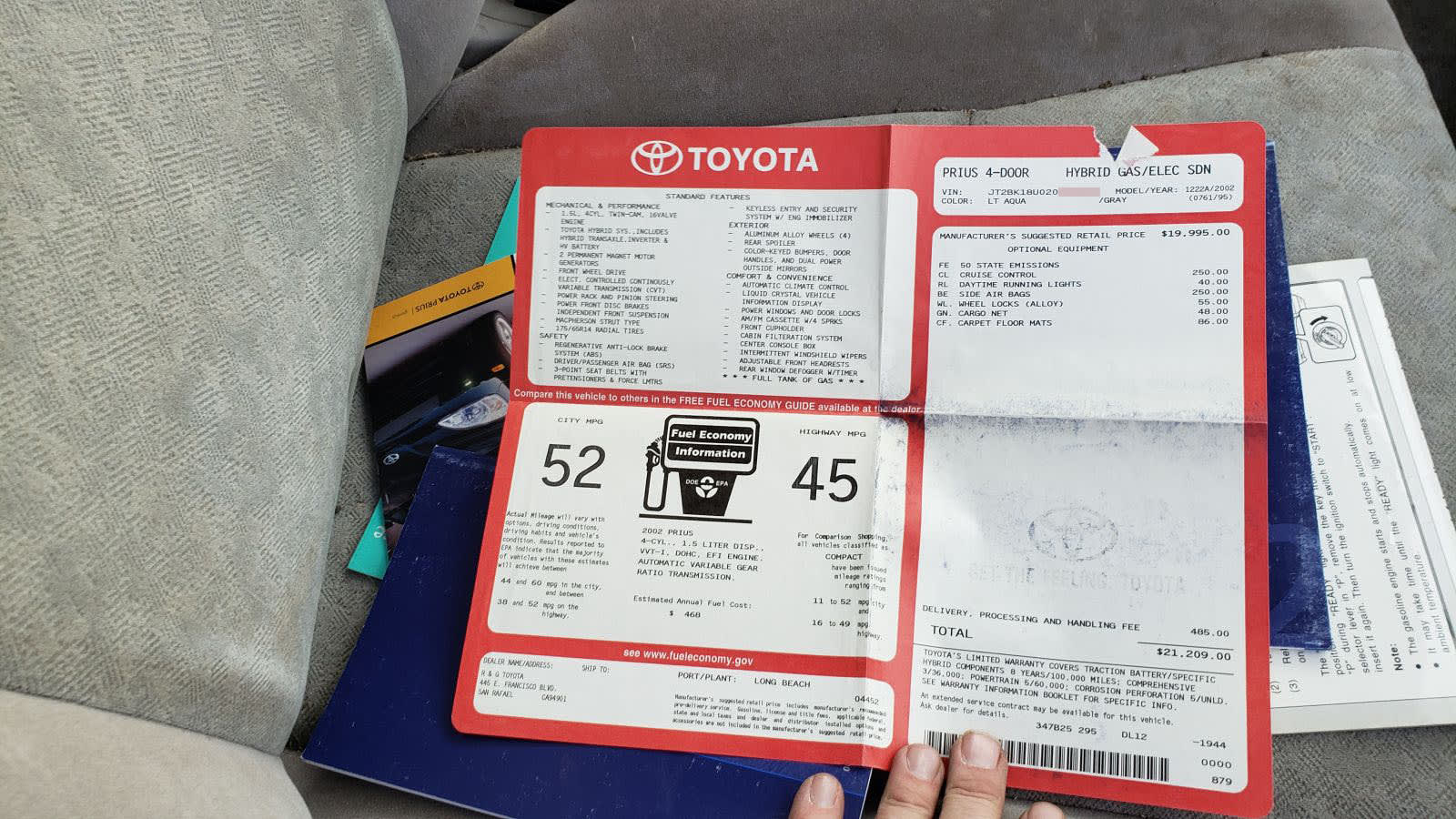 It was originally sold in the San Francisco Bay Area where drivers of Priuses and Insights were, early in the hybrid era, given permission to drive solo in the carpool lanes. For many commuting in the region's maddeningly overcrowded highways, that was worth more than 52 mpg. The car migrated to Denver at some point. 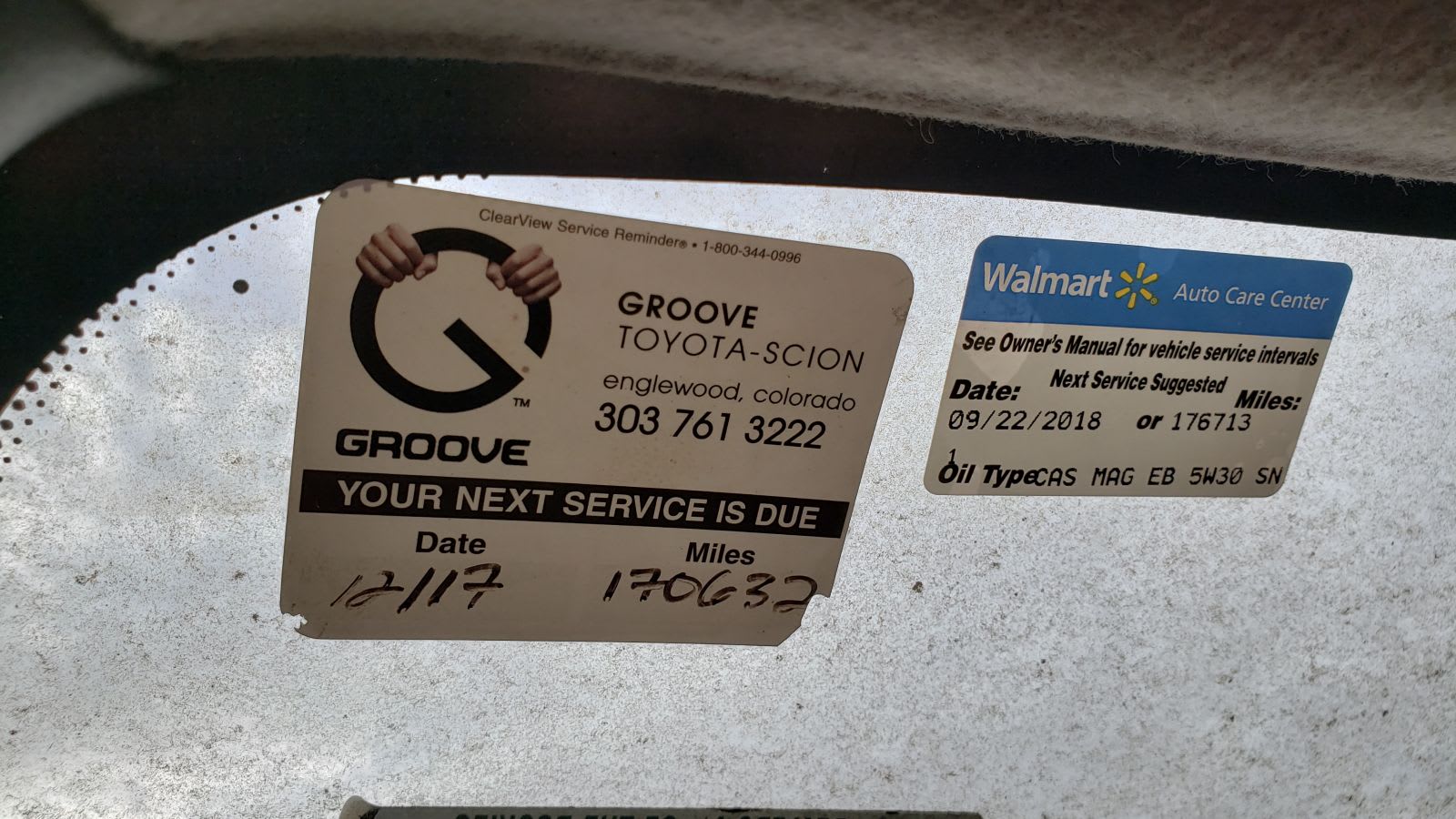 The digital odometer means I can't check the mileage on this car, but it had 170,632 miles on the clock about a year ago. That's low for any Toyota and ridiculously low for a Prius. 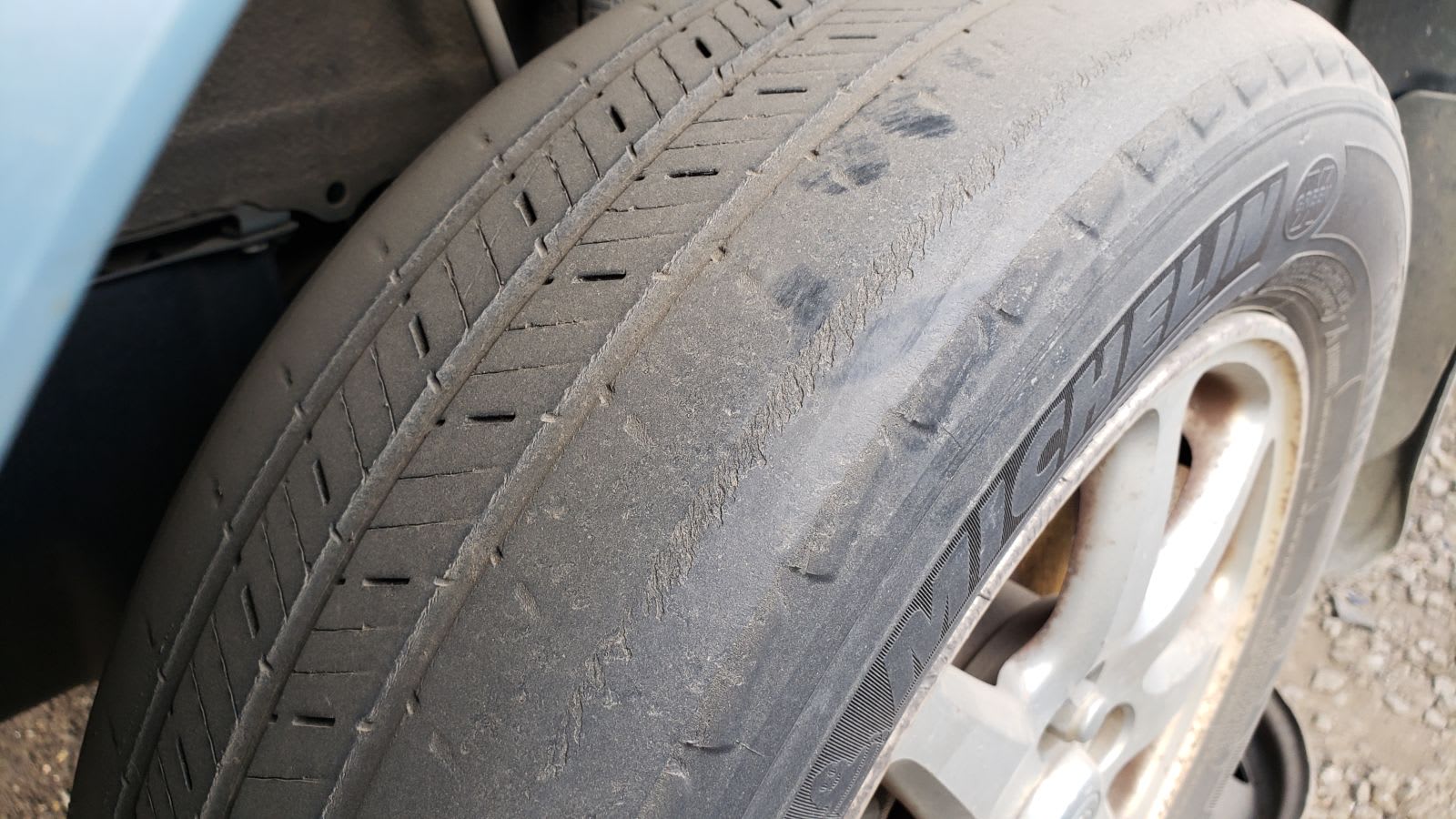 The tires are worn down to the steel belts, indicating that this car's last owner didn't believe in spending money on fuel ... or on basic safety items. 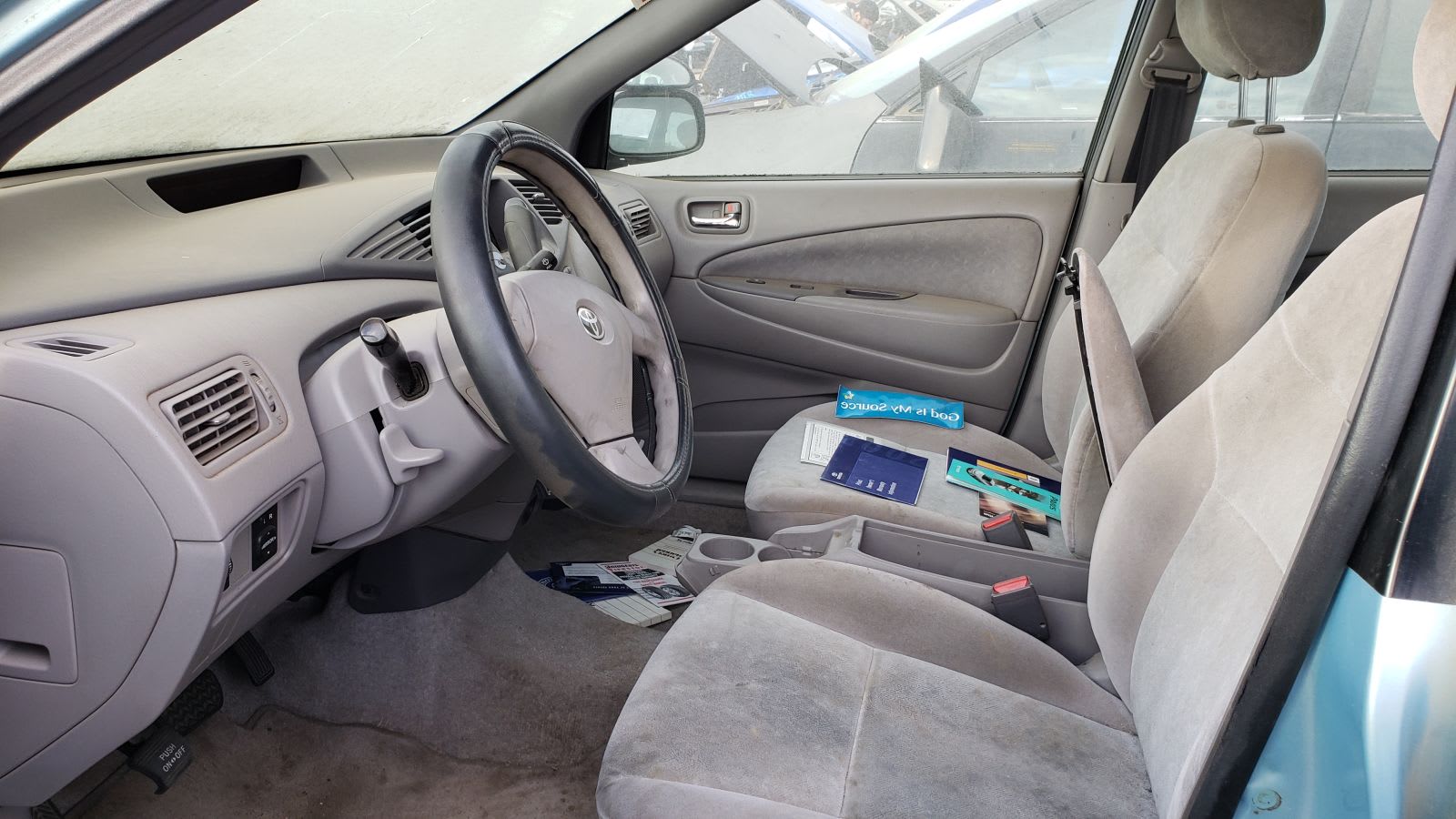 The interior looks decent and the body is straight. Perhaps the hybrid system's expensive battery pack went bad, or maybe the gasoline engine just had a good old-fashioned thrown rod. 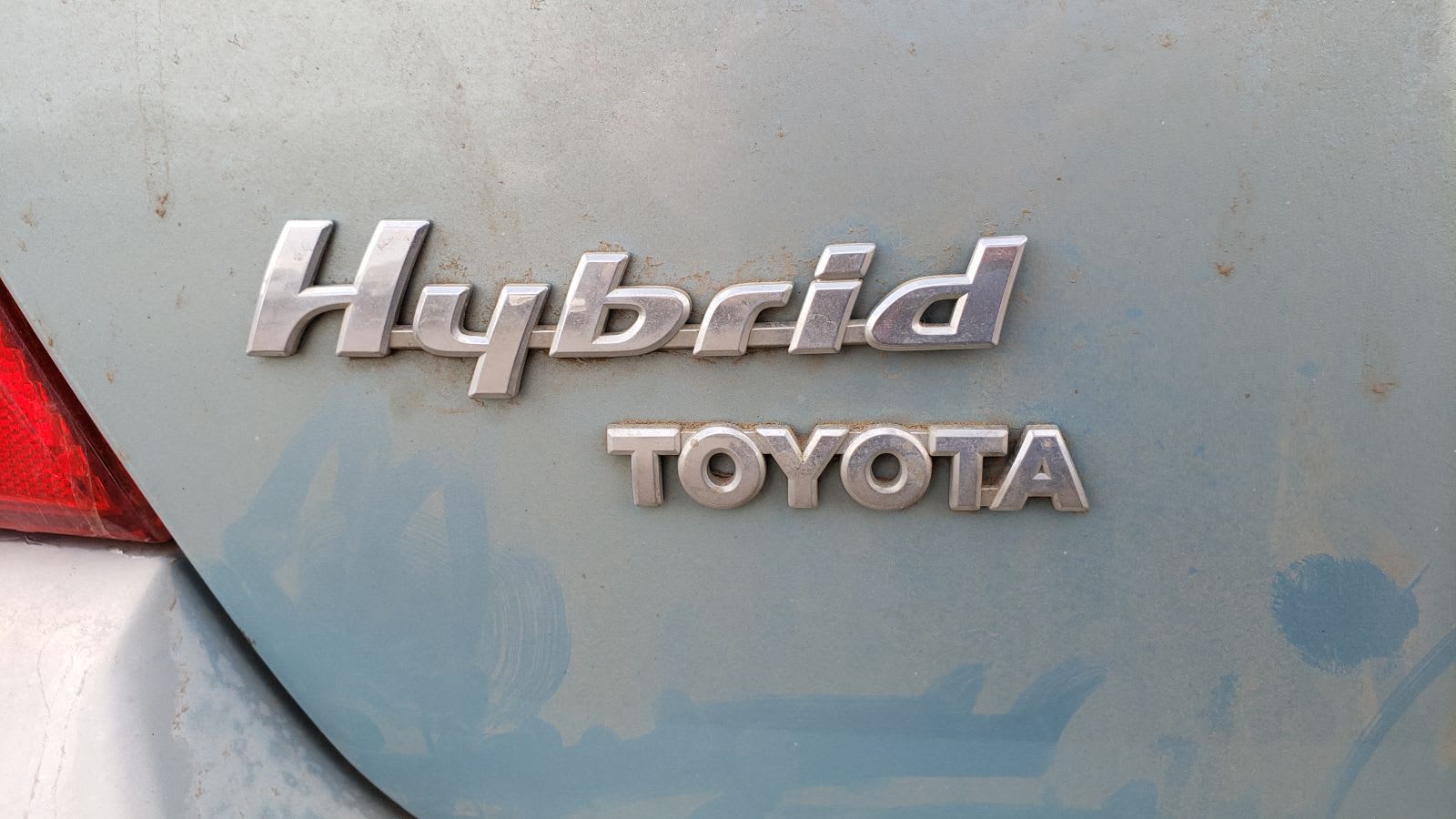 This was the penultimate year for the original-generation Prius. The second-generation version introduced for 2004 was vastly more popular and provided the formula (including the iconic shape and hatchback cargo area) that lives on today.