Could this be the Ford Mustang Hybrid?

Zac Palmer
Ford has said a hybrid Mustang is coming in 2020, and we might have just gotten our first teaser for that car in a new commercial the Blue Oval just released. For a brief moment, Ford flashes a futuristic-looking front end of a car with the Mustang logo sitting right in the center lit in electric blue. Now, the bodywork is unlike any Mustang we've seen before, but the hint at electrification is clearly there.

The upper grille is entirely covered in what looks like bodywork, but the lower opening is shrouded in darkness. We wouldn't doubt if the engine only needed cooling from the lower opening, though — most of the giant upper grilles that are so popular nowadays are entirely unnecessary, anyway. Then again, they could be some wild new active grille shutters, but we doubt that.


Related:
Immediately preceding this shot is a cutaway of what looks like a V8 engine. It transforms into the Mustang, suggesting that this car isn't a pure electric. We think that makes sense, because Ford promised us a Mustang Hybrid and not an EV Mustang. Another big takeaway from this photo is the totally different front-end design beyond the grille itself. The creases, cutouts and headlights don't particularly resemble the current model, making us think we could be looking at the next-gen 'Stang. Since the hybrid was promised to us in 2020, we imagine it debuting as a 2021 model-year car.

Of course, all of this is speculative until Ford makes it official. There's always the chance we could be looking at some kind of Mustang concept car that vaguely resembles what the hybrid will eventually look like — or just a drawing of a speculative Mustang EV that might appear years down the road, done more as a prop for the commercial than for anything else. On the non-hybrid news front, though, the new uber-powerful Shelby GT500 just leaked yesterday, so you can check that out here. 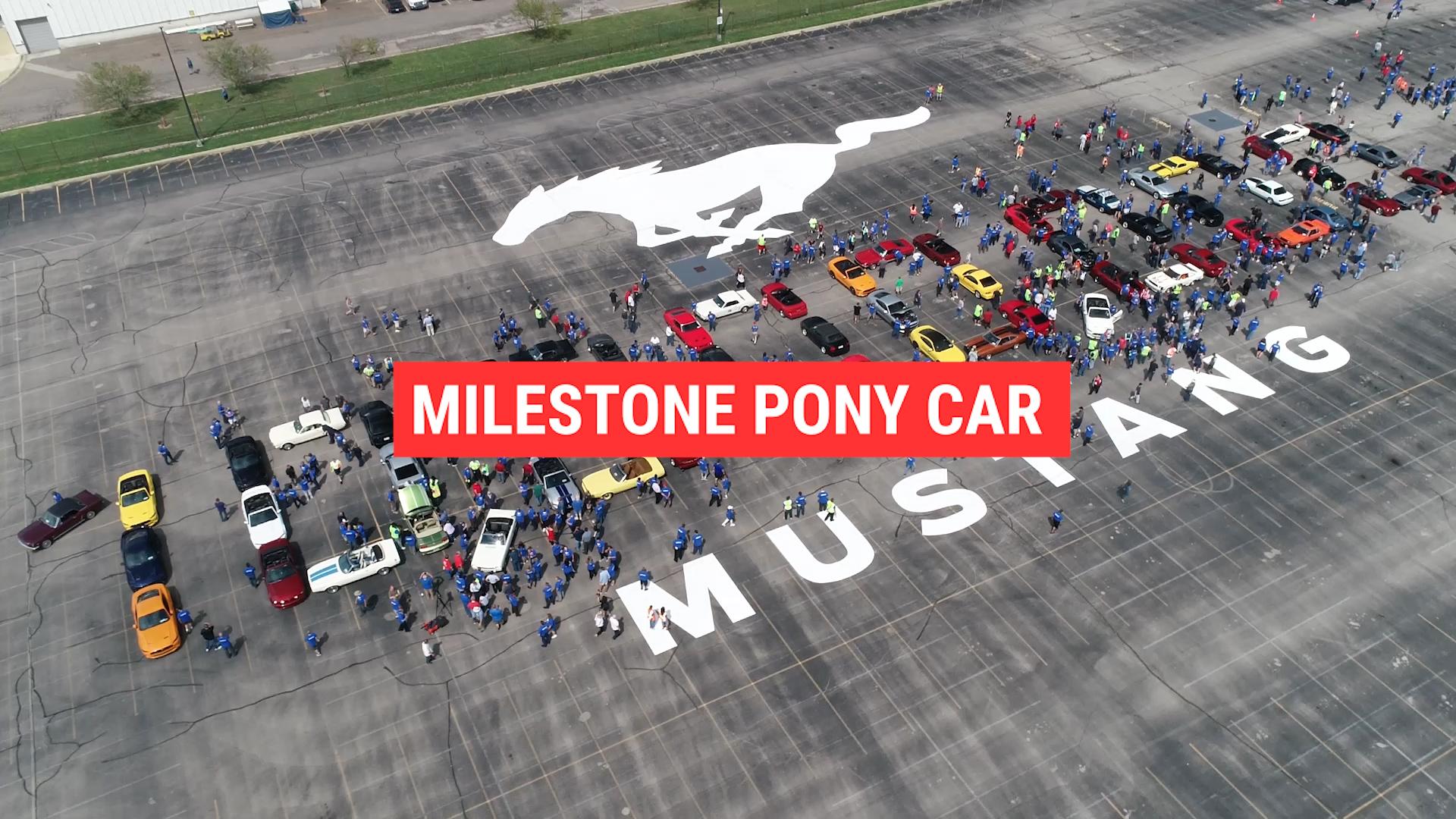